In the 1980s, Linda Gottlieb, an East Coast producer for MGM Studios, had lunch in New York City with writer Eleanor Bergstein, who had an idea for a movie about two sisters who are dancers, based in the Catskills.

“I said, ‘Well what’s the story?' And she said, ‘I don’t really have a story, but it should involve Latin dancing…’” Gottlieb recalled. “So I switched the subject and said, ‘Tell me about yourself.’ She said, ‘I grew up in Brooklyn, my father was a doctor, I was one of those kids who used to go across the tracks to go dirty dancing.’

“I said, ‘That’s a million-dollar title! Now we’ll figure out the story.’ We invented Johnny Castle at lunch.”

“Dirty Dancing,” the film they made, was released 25 years ago today. The movie tells the story of an idealistic, college-bound girl named Frances “Baby” Houseman (Jennifer Grey) who goes to a Catskills summer resort with her family in 1963. She gets romantically involved with Johnny Castle (the late Patrick Swayze), a working-class dance instructor, who introduces her to dirty dancing. Buoyed by an irresistible soundtrack -- “I’ve Had The Time Of My Life” won an Oscar for best original song -- the film grossed an estimated $214 million worldwide.

And it almost didn’t get made.

I spoke with Gottlieb in the light-filled, two-story living room of her 10-room co-op on the Upper East Side of Manhattan –- the pad that “Dirty Dancing” bought. Petite and chic in cropped white denim jeans, white tee and a lace-collared, three-quarter-sleeve jacket, she bears a slight resemblance to actress Diane Lane, and appears more late 50s than early 70s. Warm and funny, Gottlieb is a natural storyteller.

MGM initially agreed to make the film, but the executive who signed the deal was fired two weeks later -- and the rights reverted to Gottlieb for a year, Gottlieb said. She pitched everyone in Hollywood -- and was rejected 43 times.

“What they all said was, ‘It’s small and it’s soft.’ These are all men -– just think of sexual organs, they don’t want small and soft, they want big and hard,” said Gottlieb, cackling with laughter. “They said ‘it’s a girls' film, it’s a historical film and it’s about Jews.’ They weren’t wrong logically, but I always saw it as a very sexy movie.”

Sexy it was -- the dance moves are so steamy the filmmakers had to protest an initial “R” rating by the Ratings Board, despite the fact that the movie has no nudity, cursing or violence. In the plot, Baby agrees to cover for a dancer who needs an abortion, and she and Johnny fall for each other as they rehearse the act. When Johnny is accused of stealing, Baby defends him, which requires she admit to her father that she spent the night with him. Her loss of innocence parallels the cultural shift from the 1950s to the rebellious 60s.

Ultimately, a small studio called Vestron agreed to make the film. The deal? Gottlieb had to do it for $4.5 million. “We realized the only way we could shoot the Catskills was not to shoot in Catskills,” Gottlieb said. “So we went to right-to-work states -– Virginia, North Carolina -– and used non-union extras. We were drafting everyone –- the crew at least was from New York and looked kind of Jewish. Eleanor was in it; I was in it. It’s really hard to make a movie on that kind of budget.”

The next challenge: Convincing the studio to go with a different kind of lead. “They wanted a terrible blond bimbo for the part,” Gottlieb recalled. “And I said, ‘It has to have a less than perfect girl in center. Basically if that woman gets the handsome guy, then you have created the archetypal fairy tale that gives us all hope.'”

The casting director looked at 127 people before choosing Grey, who was 27 years old at the time, and Swayze, who was 37. (Billy Zane and Kyra Sedgwick were the other finalists screen-tested for the roles.) But Grey and Swayze, who had worked together in “Red Dawn,” disliked each other.

“He felt like she was a wimp,” said Gottlieb. “She was genuine, naïve; you would do a take eight times and Jennifer would do it differently every time. Patrick was a pro; he would deliver the same thing again and again. She would cry easily, she was emotional and he sort of made fun of her. He was a macho guy.”

So macho, in fact, Swayze insisted on doing all his own stunts -- repeatedly injuring himself. “In the scene where they are dancing on the log, Patrick fell several times and we ended up rushing him to the hospital and draining fluid from his knee,” said Gottlieb.

The production was beset by other challenges. The film was shot in the fall and the leaves began to change, so the crew kept busy spray-painting them green. One scene, in which Baby and Johnny rehearse a dance jump, was shot in a lake -– which was actually freezing; the actors had to be wrapped in warm blankets between takes.

In addition, a charming, rapid montage set to the song “Wipe Out” by The Safaris shows Grey trying to nail down difficult dance moves (see the image below, with Grey in denim shorts and a pink top). The filmmakers had planned a longer, slower montage -- they just didn’t have enough clothes. “We had so little money to make this movie … Jennifer only had two or three [wardrobe] changes -- which was not enough to give a sense of time,” Gottlieb recalled. “That sequence was made up in the editing room.”

Then there were last-minute casting shifts. A day into filming, the woman chosen to play Baby’s mother had to be replaced (“she kept asking for somewhere to lie down,” Gottlieb chuckled). Kelly Bishop, who had signed on to play a middle-age floozy named Vivian Pressman, stepped into the role. Bishop’s replacement didn’t work out, so in desperation Gottlieb hired assistant choreographer Miranda Garrison to take the part of Vivian. “I said, ‘the only way you can do this is you have to be the assistant choreographer every day you’re not shooting,’” Gottlieb recalled.

And famed character actor Jack Weston, who played the owner of Kellerman’s resort, nearly blew the budget. Gottlieb housed the actors and crew in a Virginia resort so she wouldn’t have to pay hefty location fees. In exchange, the resort allowed the filmmakers to shoot its exteriors.

Weston balked, telling Gottlieb he couldn’t stay in a place with no TV and bar -- not to mention sharing quarters with a birding convention. "These are NOT my people!” he told Gottlieb, who feared a mass exodus by the cast. Fortunately, one of the birders recognized Weston, and soon the actor was signing autographs. “After about an hour, he came over to me and reported, ‘Honey, you know what? These are not my people -- but they’re nice people!’ And with that, Jack, and the rest of the cast, stayed on the mountaintop.”

In its opening weekend “Dirty Dancing” took in nearly $3.9 million. No one was more surprised than Gottlieb. “I was grateful they didn’t laugh at me when it was released,” she said. “Now it’s a classic story. At least three generations have seen it.” 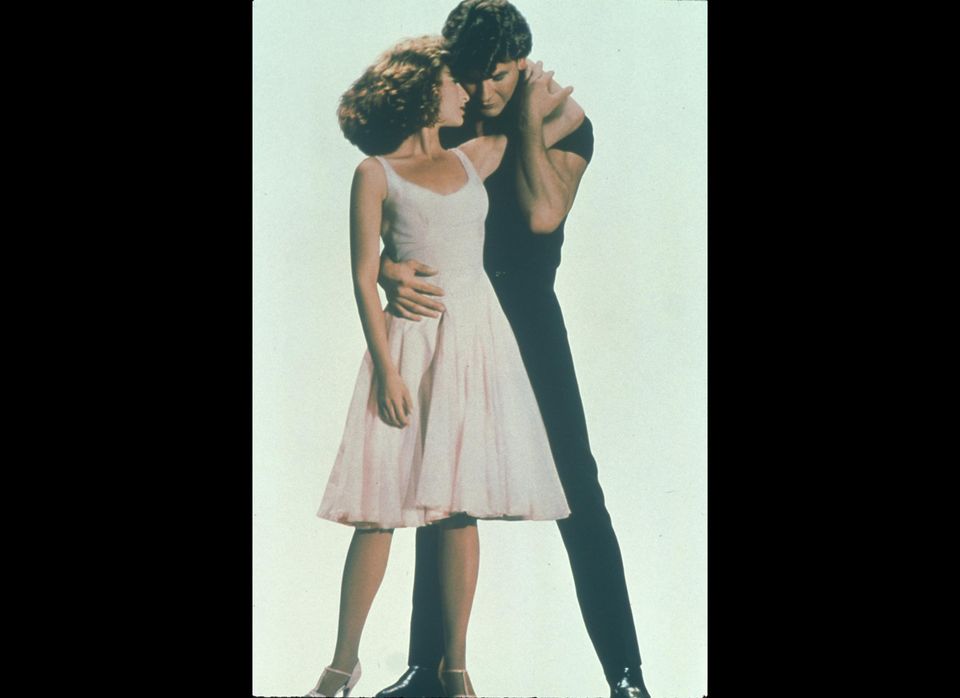