When I was a child, my mom took this picture of my sister, my brother, and me. 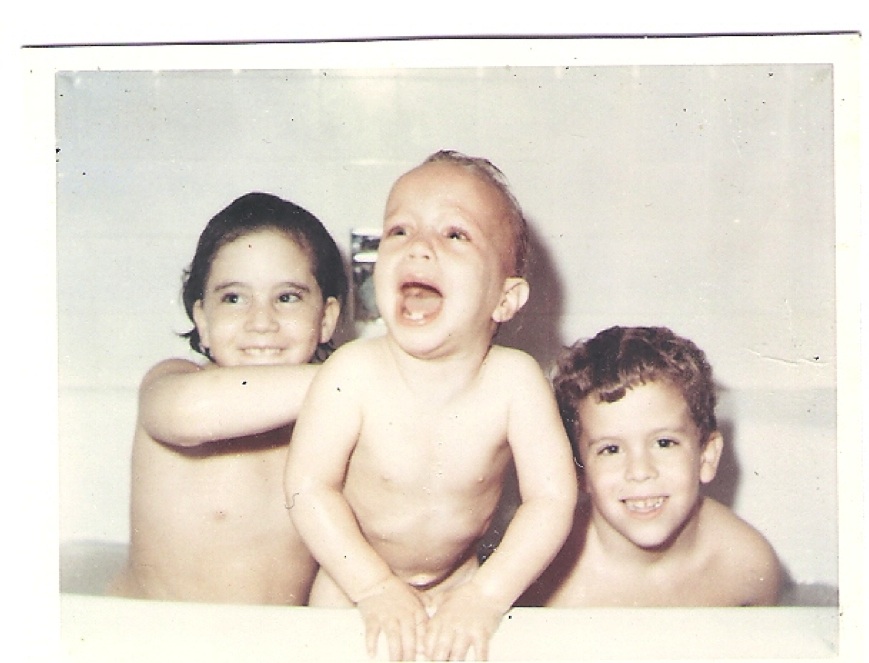 My mom has granted me license to post this picture, and my brother and sister have released me from any claims arising out of use of their images.

And, if this picture is posted, you'll know that the editors of The Huffington Post recognize this photograph cannot be misconstrued as obscene. For it to be "obscene," it would have to be "utterly without redeeming social importance" and "to the average person, applying contemporary community standards, the dominant theme of the material taken as a whole would have to appeal to a prurient interest." Or, as former Supreme Court Justice Potter Stewart described pornography, "I know it when I see it ... and this is not that."

... Now I just need to steer clear of the Republican members of the U.S. House Committee on Natural Resources, who, if recent events are an indication, might try to construe my posting of this picture as child pornography. As long as I don't testify against environmental polluters I'm safe from their misinterpretation of child pornography, from their misuse of the law, and from their strong-armed retaliation tactics.

Last week, Maria Gunnoe, an environmental activist, testified before the House Committee on Natural Resources about the consequences of coal industry water contamination. Ms. Gunnoe's supporting documents had included a picture of a child bathing in a tub of polluted water.

The members of the Committee, however, would not allow Ms. Gunnoe to show the photo during the course of her testimony. It's unclear if their perspective has been so fundamentally warped by right-wing extremism as to think this picture morally offensive, or if it was just too damaging to the coal industry. Regardless of the motivation, it comes across as dirty politics. As Ms. Gunnoe left the hearing, she was detained by Capitol Police at the request of the Republican committee members in order to question her about the photo that they considered was "child pornography."

Something is wrong with this picture. And it's not the photograph.

Don't get me wrong -- child pornography is terrible and water pollution is horrible. But chilling a witness with allegations that she's a child pornographer rather than a public-spirited whistleblower performing her civic duty is outrageous.

This hysteria is nothing new, although ad hominem attacks seem increasingly more outrageous and more tenuous these days. Let's not forget Sandra Fluke, the Georgetown Law student who was castigated by the right-wing commentator Rush Limbaugh as a "slut" for testifying before Congress about birth control (although ad hominem attacks designed to shut down adversaries is far more damaging to our democratic ideals when lodged by members of Congress rather than by radio personalities).

To draw from an anecdote, and lessons learned from my distant childhood, my dad confronted similar attacks when he ran for Congress a couple times in the 1980s.

He had a quixotic dream that a stalwart, civil liberties advocate could stick to his principles and engage in meaningful, nuanced constitutional debate without character assassination. My dad was (and still is) General Counsel to the American Civil Liberties Union. His political opponents would routinely cite ACLU policy positions out of context, claiming falsely that he supported heroin usage, prostitution, and child pornography.

On one occasion, my dad asked a reporter if she wanted to see a picture of his campaign staff. The reporter, a little quizzical, acquiesced. He pulled from his wallet the picture printed in this publication of his naked children (his core campaign staff) in the bathtub.

The epithets hurled against him were a wake-up call to me -- that, as the ACLU motto states, the price of liberty is eternal vigilance. The Reagan years were hardly an era of above-board political discourse and civic participation. I, however, never thought I would see the day when documentary evidence of coalmine pollution would be turned into allegations against a sworn witness that she was not an environmental advocate but rather a child pornographer.

It seems that politics is dirtier than ever. Whether or not it's safe to get in the water downstream of a coalmine, Congress has sent a message that it's not safe to reveal disturbing visual evidence along the banks of the Potomac. This is the obscene result, and we should know it when we see it.