As viewers shook their heads in disappointment at FX's "Fargo" finale earlier this week, we got to thinking: Is there anything worse than a bad finale? We dedicate ourselves to characters and their storylines for days, for month, for years! So when that final episode rolls around, we're expecting fireworks. And sometimes we get them ("Breaking Bad," anyone?) ... but a lot of the time we don't.

Behold, our picks for the most disappointing series finales of all time.

"How I Met Your Mother" started out as a lively, easy-to-love sitcom, then stretched the patience of its loyal viewers thinner and thinner over the course of its nine-year run. Many of us hung on, despite the casual racism, exhausting misogyny, and increasingly desperate attempts to put off the inevitable finale, because we simply wanted to meet the damn mother. As the final season began, it seemed almost worth it; Cristin Milioti played the long-awaited mother throughout the season and imbued the character with unexpected charm.

And then, after nine long years, the showrunners unforgivably bumbled the finale, presenting an emotionally tone-deaf conclusion that cast aside years of character development and treated the mother as a disposable afterthought. Worse, the kids’ blasé attitude about their father’s story for the past nine seasons, and their casual dismissal of their mother’s memory, was bizarre and even callous. My disgust was so great I vowed never to watch a rerun of the show again -- so far, I haven’t even been tempted. -- Claire Fallon 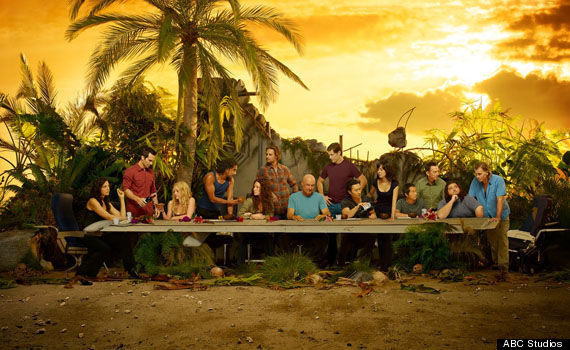 Ah, "Lost." The show's many twists, turns and literary allusions (of which Sawyer and Ben's "Of Mice and Men" quarrels take the cake) led fans to believe that there was some major puppet mastery going on behind the scenes, all to be revealed in the final episode. Au contraire. J.J. Abrams instead supplied a complete stock ending: Surprise! Everyone's dead, and this is heaven or hell or something, and remember Jack's dad? No? Well, he's Jesus. Yeah.

The writers seemed less interested in providing clarity to unanswered questions than with trying to make die-hard watchers cry. Among other cheap pathos plays was the resurrection of characters who hadn't been around since Season 1 (the pointless and whiny but attractive Shannon returns for a quick shot in which she embraces Sayid, whom she dated for like thirty seconds. Aww?). -- Maddie Crum 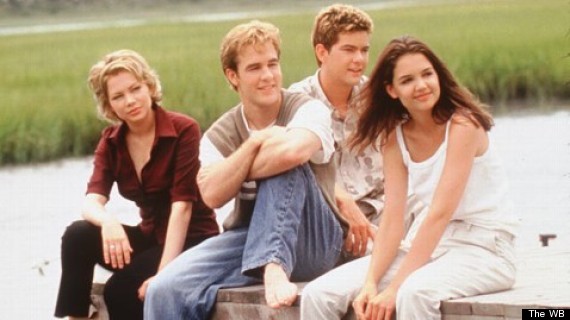 While I was a little old to watch "Dawson's Creek" -- 25, to be exact -- I invested an entire summer in the adolescent angst of Capeside, and I got very attached to the characters. Would Joey choose Dawson or Pacey? Would Jack's sexuality ever be fully accepted? Was Dawson really the next Steven Spielberg?

By the end Season 6, it finally seemed like the characters I'd come to know and love were getting their happy ending. They were in their 20s, after all, which is when everything falls into the place (Hah! Yeah, right). But then, the cruel creators of "Dawson's" had to throw a tragic twist our way: Jen, the character who arguably had the most problems through the entire series, died. She died. Her own grandmother had to bury her, and she left a baby behind. What a mess! -- Leigh Weingus 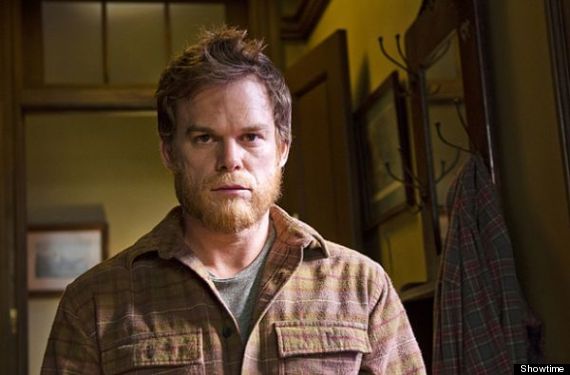 I was an avid "Dexter" fan, awaiting every Sunday night in the fall to catch the latest episode on Showtime. But by the time Season 8 rolled around (and aired in the summer), I was losing interest. Yes, I knew it was the final season, and yes, I loved Dexter, Deb, Batista, Mazuka, etc., but compared to the first few seasons (the first four to be exact), this last one was hard to watch (and not in a good way). The finale, which I hoped would be an epic culmination to the show I spent years watching, failed to impress and actually enraged me more than anything else. In coordination with Season 8, “Remember the Monsters?” was farfetched and lacked that "Dexter"-feel fellow fans craved.

SPOILERS AHEAD! First off, why the eff did Deb have to die?! And where was the hospital staff while Dexter wheeled her out the door, picked up her body and loaded it onto his boat?! Like, c'mon. Oh, and then he drops her into the ocean, like no one else would want to say goodbye or give her a proper burial? Selfish. But what really made me angry was the whole, "Is Dexter dead or alive?" plot twist. To be honest, the series would have been justified if Dexter did die. Despite loving Hannah and having Harrison to live for, Dexter was never going to change -- he is who he is. So, the fact that he made it through that massive hurricane and is currently moonlighting as a lumberjack is sort of freaky. The Bay Harbor Butcher lives on -- and so does Miami Metro. R.I.P., Deb. R.I.P., "Dexter." R.I.P., Arthur Mitchell. -- Leigh Blickley 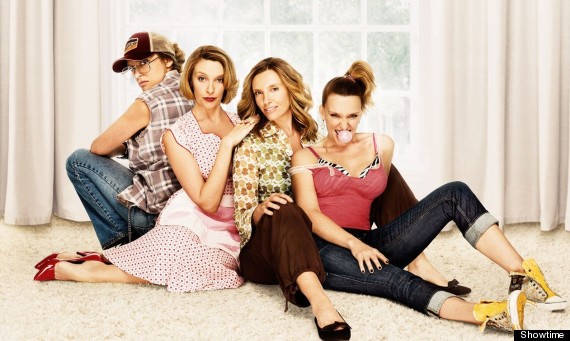 Showtime’s “United States of Tara” was an exceptionally underrated show that managed to find the perfect balance between humor and tragedy with a continually unique story. For three seasons, we followed Toni Collette’s many alters, or personalities, as she suffered from Dissociative Identity Disorder for reasons that remained unknown until the end. In the final season, the Diablo Cody-written series got darker and began handling weightier topics, such as proper care for the mentally ill and resurfaced memories of childhood sexual abuse.

In the series finale, however, things turned seemingly too dark for the show to handle as they rather offensively mocked the severity of the character’s struggle. Opting for humor with Collette's portrayal of Tara’s abuser rather than having the courage to face the somber and devastating aspects of her path to recovery, the finale buckled at the knees in fear of its own serious subject. Although the episode was initially written as the third season finale and not the end of the series, it still failed to fully give us the closure we needed as an audience. -- Erin Whitney 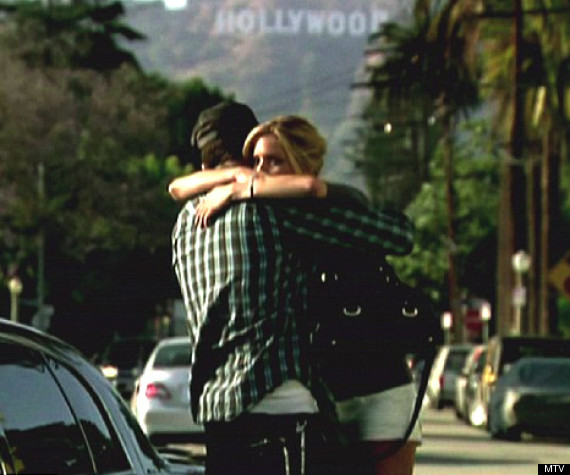 I know “The Hills” ended four years ago. I also know nothing on that “reality” show was actually real. Most of the drama was put on and set up by producers, but we tuned in any way because we fell in love with the characters and, I’ll admit, there’s something fascinating about watching other people try to handle their problems. The show should’ve ended when LC left, but since it didn’t, you’d think MTV could’ve at least given the gang a proper send-off when they finally pulled the plug.

While those “Laguna Beach” flashbacks set to an acoustic version of that damn Natasha Bedingfield song initially had me reaching for the nearest box of tissues, a few minutes later I was reaching for something else … the remote. Seriously? Having Brody and Kristin say their goodbyes, only to pull the backdrop of the Hollywood sign away and reveal they were both standing on a studio set was like giving viewers the big middle finger. Knowing the show was fake and then having them confirm it are two different things. It’s like, we all know our parents have sex, but do any of us want them to sit us down for a heart to heart about how they dance the horizontal hokey-pokey every night? No! Some things are better left unsaid, MTV! -- Jessica Toomer 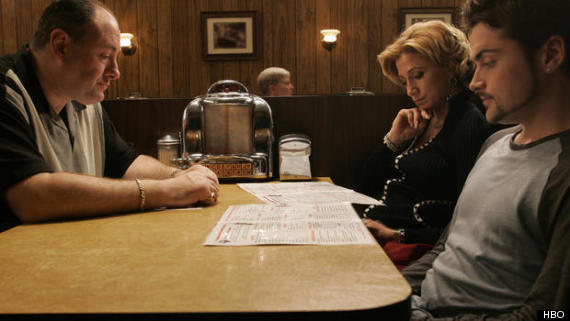 There are many theories on the finale of “The Sopranos,” but the one that seems to be most relevant is that it was completely terrible. After five minutes of suspense as Tony and his family sit in the diner and his daughter, who mysteriously seems to have lost all her ability to drive, struggles to parallel park, the bell to the diner rings, the screen goes black, the Journey song “Don’t Stop Believin’” cuts out and America collectively goes, “What the hell?” Rather than let us know if Tony lived or died, HBO just gave us a black screen. If you really want to watch a black screen and listen to Journey, you don’t need an HBO subscription. That’s why they invented iPods and being poor. It seems like HBO was even trying to warn us that the ending was bad. This is evident in the final moments when Tony’s son A.J. says, “Focus on the good times.” We all know he really means, “Focus on the good times, because this is really going to suck.” -- Bill Bradley

PHOTO GALLERY
How I Met Your Mother

How I Met Your Mother Dexter Finale Dawson's Creek Entertainment