With 2015 off to a fast start, holiday joy and cheer might seem distant memories. Even so, we cherish those memories. The time was special because we thrive in the happiness of sharing time together. We enjoy taking time away from the routine and connecting with friends and family. But what if you could keep the spirit of the holidays alive year round? Read on, and we'll show you how to make 2015 the Year of Connection.

Here's a startling fact: A recent research study estimated that humans transmitted nearly 2 zettabytes of information globally in 2007 through such broadcast technologies as TV, GPS, radio, and more. That's the equivalent of every person on the planet reading 174 newspapers every day -- and this was eight years ago! We're overwhelmed in data. In fact, we now live in an overconnected world where cell phones, the Internet, text messages, emails, tweets and broadcast media bombard us and consume our lives. Information overload can make people depressed, distracted and sick. Yet it's ironic that as our world becomes more connected via technology, we're increasingly disconnected from people and our planet.

In the interdisciplinary courses we teach at Chapman University, we show our students the importance of integrating the timeless, sacred teachings of the world's spiritual traditions with revolutionary scientific discoveries about quantum theory, brain science and consciousness. We demonstrate how to nurture a true dialog between science and spirituality. In fact, it's necessary in today's world. Often, students are surprised to discover the common element spanning all these disciplines. It's interconnectedness. But it's not our connectivity to devices. Instead, it's the powerful connections we make with each other -- with nature, with spirit, with the Earth, with the entire cosmos -- that enliven our being.

To underscore this idea, consider this question: What was your most memorable or meaningful moment during the holidays? If you're like most people, it's probably not getting or giving gifts. Your answer likely involves your time with family and friends, creating cherished memories together.

Indeed, research on brain and behavior concludes that we find greater happiness and joy in sharing experiences with others rather than receiving things; the brain more strongly registers happiness in interactions with people than it does from material objects. This groundbreaking research shows that our brain is a social organ. In other words, it's designed to connect us with other humans.

So, while there's nothing wrong with giving our loved ones the trendiest tech gadget, popular toy, fancy designer clothes, gourmet food or expensive jewelry, our brains really desire the priceless experience of sharing a moment with another person. And you need not wait for the holidays to create new memories together.

Let's make 2015 the Year of Connection! Our times demand it. Personal connections can serve as an antidote for many of the ills modern societies face, including isolation and entrenchment in ideas and habits. So unplug for 20-30 minutes on your lunch break, take the family on a weekend camping trip, or carve out time for volunteer work one afternoon a month. That's all it takes.

As we say and believe, true happiness isn't measured by how much stuff you have but rather by how many connections you make.

Menas C. Kafatos, is the Fletcher Jones Endowed Professor of Computational Physics, at Chapman University. He is a quantum physicist, cosmologist, and climate change researcher and works extensively on consciousness. He holds seminars and workshops for individuals and corporations on the natural laws that apply everywhere for well-being and success. His doctoral thesis advisor was the famous M.I.T. professor Philip Morrison who studied under J. Robert Oppenheimer. He has authored 300 articles, is author or editor of 15 books, including "The Conscious Universe" (Springer) with Robert Nadeau, and is co-author with Deepak Chopra of the forthcoming book, "Who Made God and Other Cosmic Riddles" (Harmony).

Jay Kumar holds a Ph.D. in cognitive science and religious studies from the California Institute of Integral Studies and an M.A. in international political economy and a concentration in international business from Columbia University. He has also pursued advanced graduate studies at Georgetown University and UCLA. He expertly counsels organizations and businesses on harnessing the art and science of happiness for both short- and long-term success. In addition to consulting businesses and individuals, he stays at the forefront of brain research. His e-book Five Secrets to Achieving Authentic Health Happiness is available on Amazon.com. 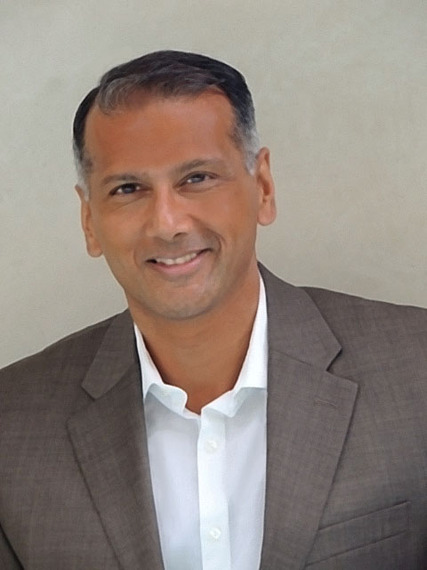