"Architecture is not reserved for an elite in any sense," writes art historian and writer Philip Jodidio. "It is rather the substance from which country, culture, city and identity are formed."

Jodidio is the author of the recently published book Discovering Architecture, a visual journey through the histories of 50 of the world's greatest buildings and the architects who imagined them. From the Eiffel Tower to the Sagrada Familia, the art lovers' tome profiles everything from well-known destinations to hidden design gems... basically every architectural work you need to visit before you die.

The book is organized chronologically, outlining the construction, pertinent geographic information and the socio-political context surrounding the design and completion of the famous structures. Satisfying both the architecture nerds, the travel-hungry novices and anyone with a weak spot for neatly archived information, it's a beautifully published challenge to all design lovers to scour the globe and fill up their architectural passport.

So, we bring the challenge to you. Here are 10 landmarks you need to add to your art viewing bucket list: 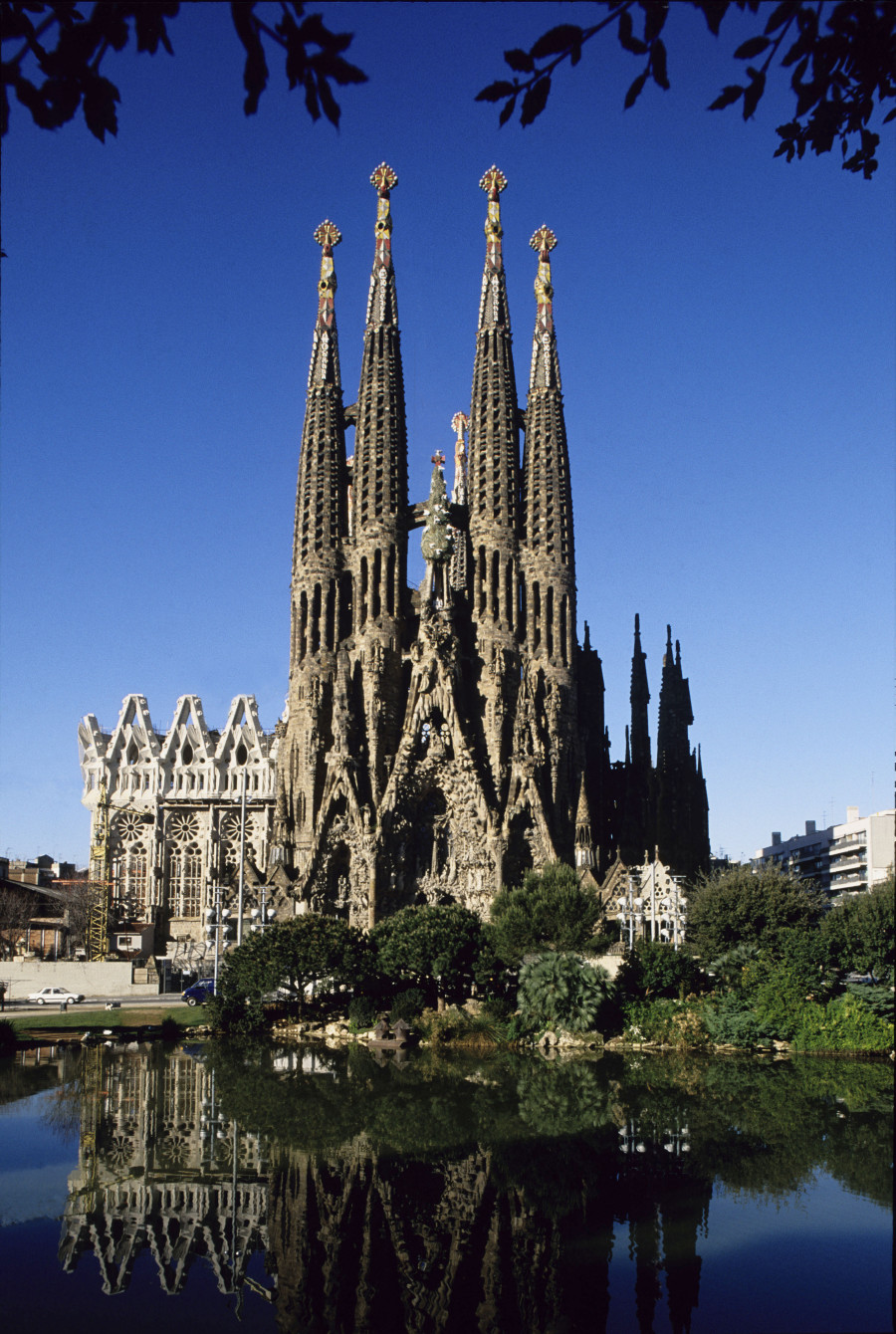 "The Sagrada Familia church might be called one of the strangest monuments of the Catholic faith." 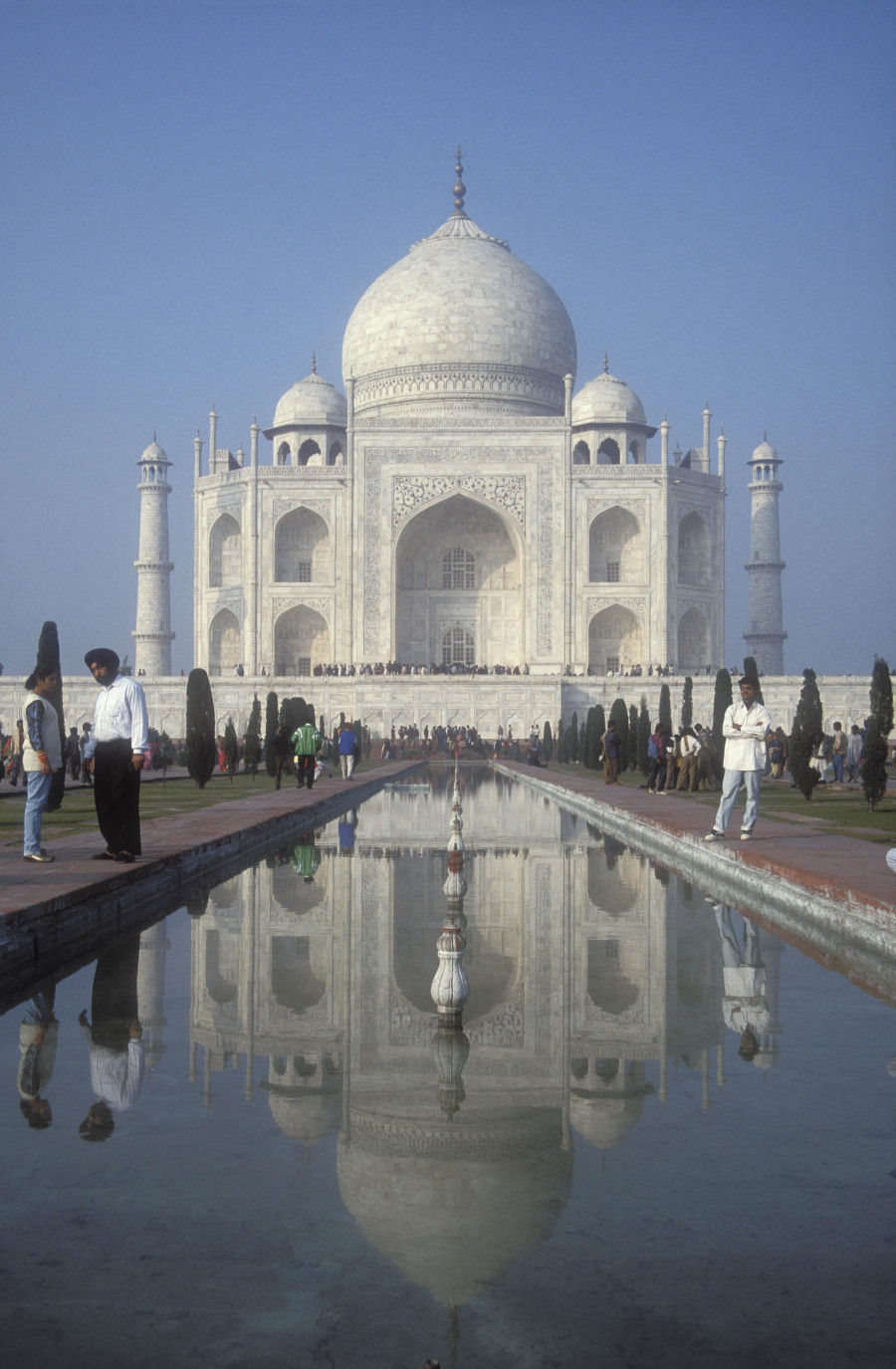 "The monument and its gardens carry a clear evocation of paradise as defined in the Quran and Islamic symbolism. Indeed, verses from the Quran inlaid in stone adorn both the gates and the Taj Mahal itself." 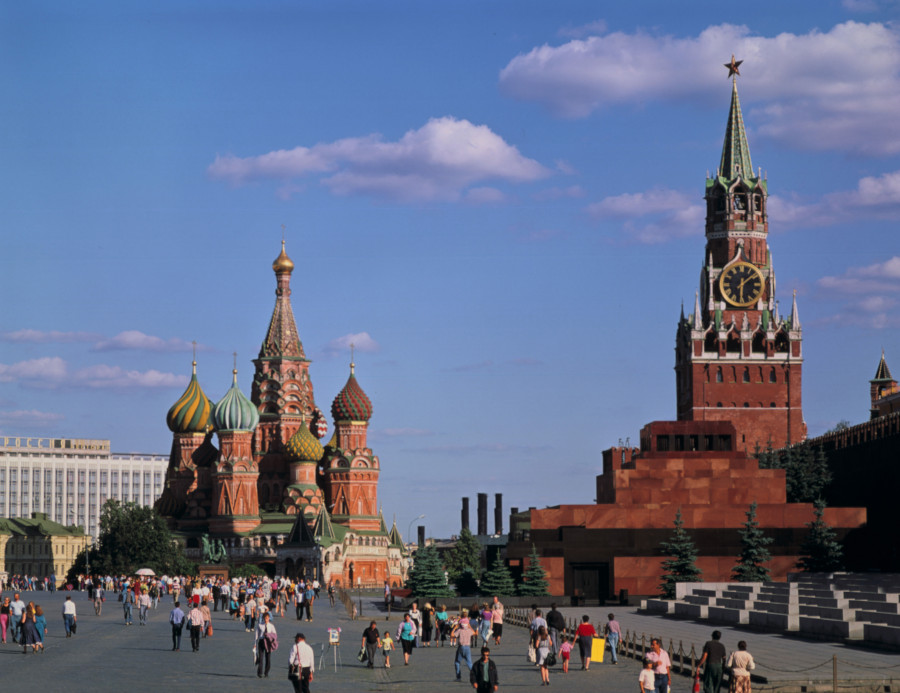 "It's colorful name, Krasnaya Ploshchad in Russian, dates from 1661 and is apparently related to the double meaning of the word krasnaya, which can translate as either 'red' or 'beautiful.'"

4. Palace of Versailles (Versailles, France): Designed by architect Louis Le Vau, among others, in 1670. 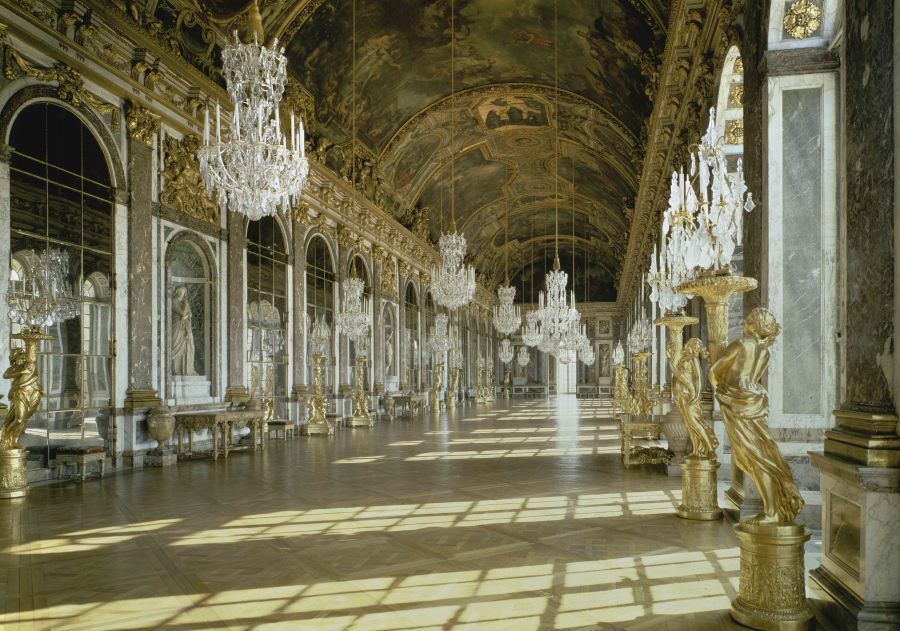 "The Chateau de Versailles, one of the most extravagant architectural endeavors of the French monarchy, started life as a relatively modest hunting lodge located 12.5 miles southwest of Paris."

5. St. Peter's Basilica (Rome, Italy): Designed by Michelangelo, among others, and completed in 1626. 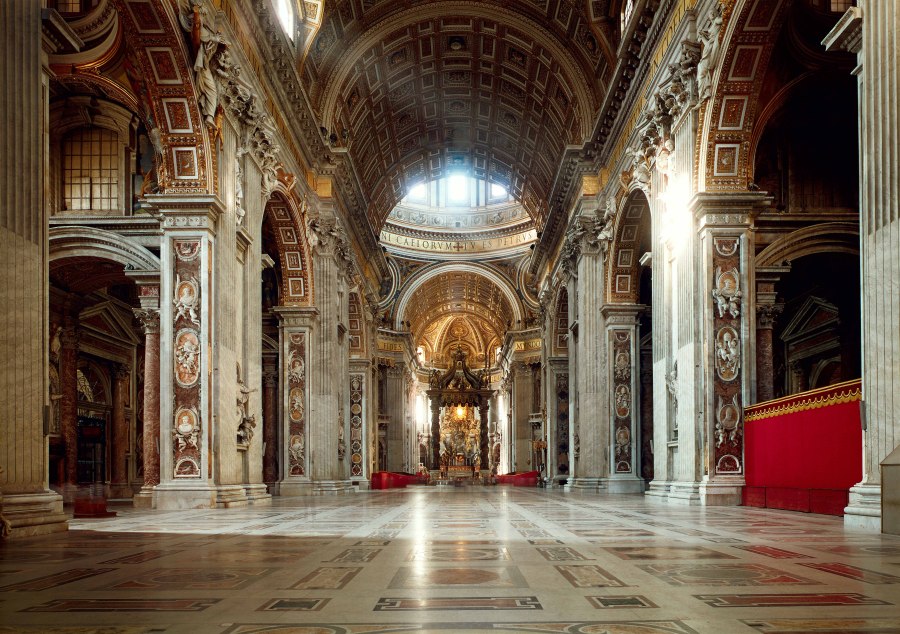 "Work on the new basilica lasted 120 years and cost so much that the sale of 'indulgences' contributed to increasing religious opposition to the Roman Catholic church and to the rise of Martin Luther." 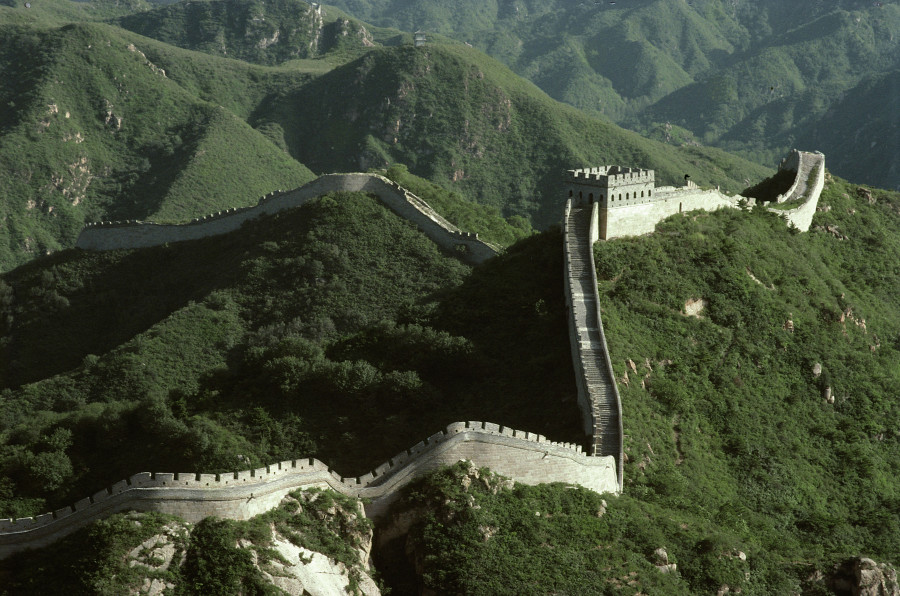 "A testimony to the history and culture of one of the greatest nations, the Great Wall is the clearest proof that architecture and civiliation are intimately linked." 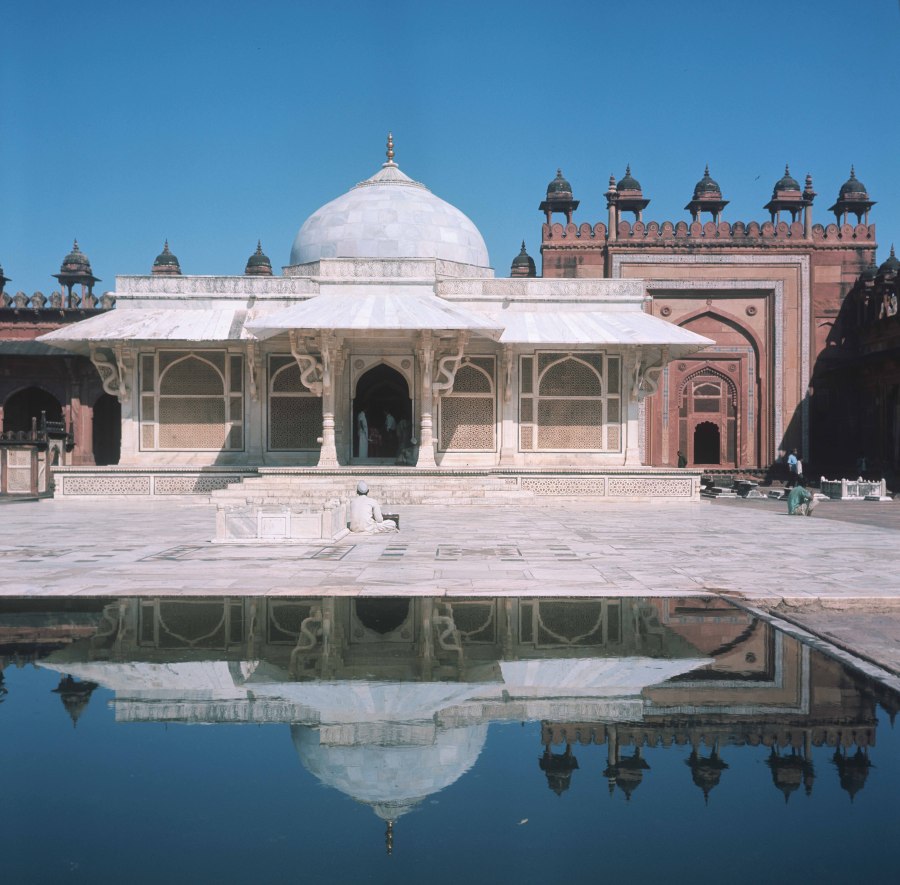 "Despite the apparent rigor of the [building's] design, the forms and plans employed are a mixture of Hindu, Persian and Indo-Muslim inspiration, in effect creating a new Mughal style." 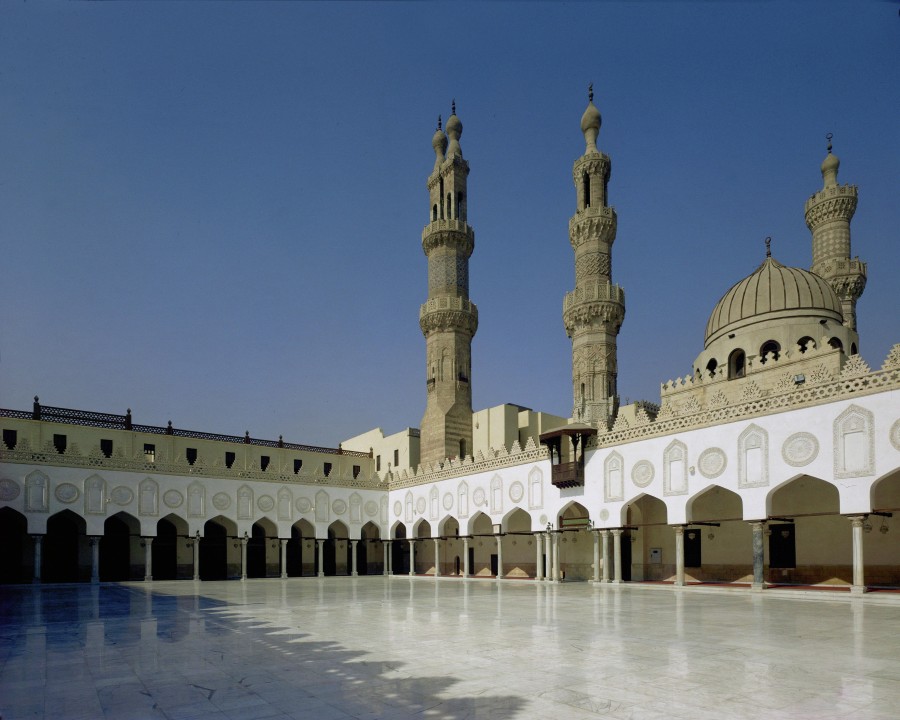 "It is rare that a single monument embodies and symbolizes the history of a great city, and yet this is surely the case of Al-Azhar Mosque in Cairo."

9. Forbidden City (Beijing, China): Constructed under the orders of Emperor Zhi Di in 1420. 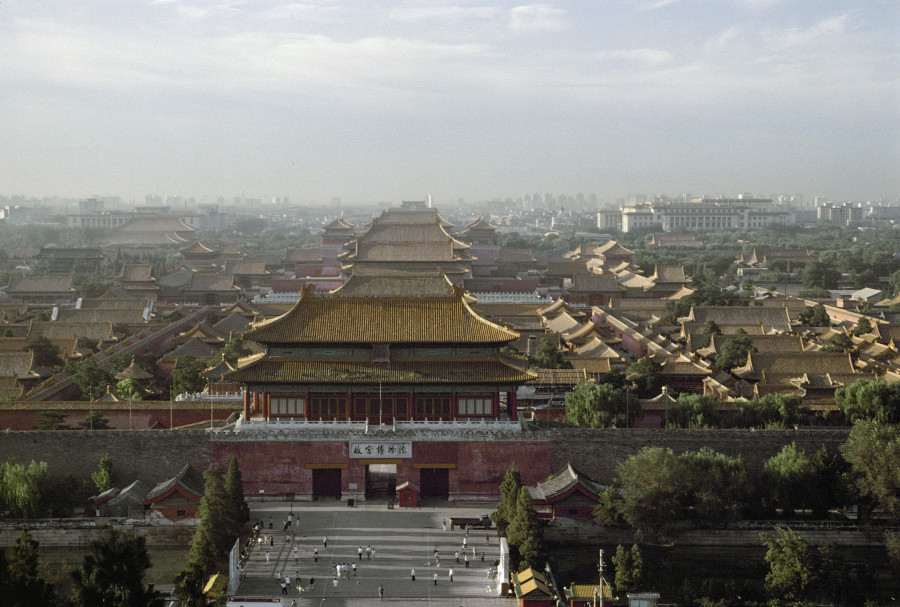 "The Forbidden City contains no fewer than 980 buildings and nearly ten thousand rooms, with the most significant structures placed in the center on a north-south axis."

10. St. Paul's Cathedral (London, England): Designed by a number of architects including Christopher Wren and Nicholas Hawksmoor in 1697. 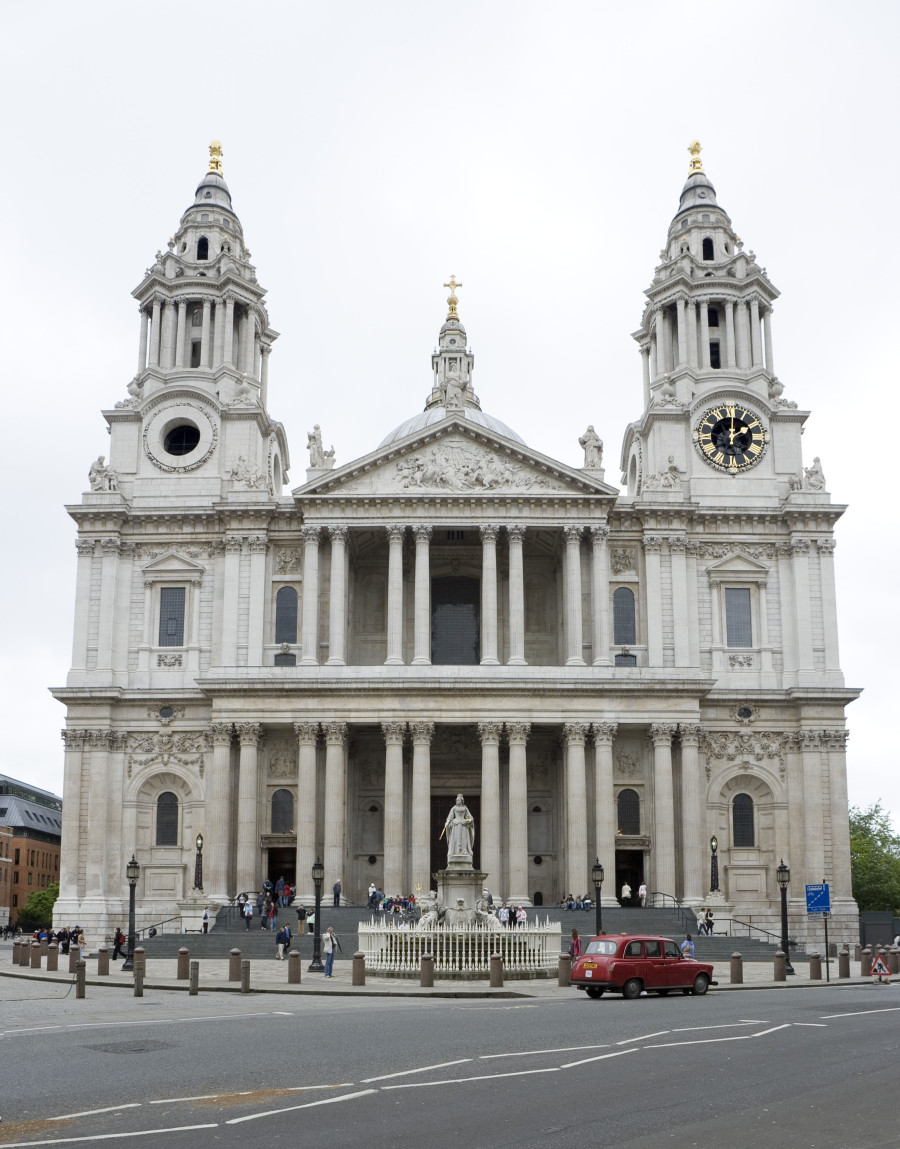 "Aside from its long dominance of the London skyline, St. Paul's Cathedral has also influence urban development... certain sight lines allowing views of the famous dome must be kept unencumbered by other buildings."

Keep in mind, these are only 10 of the 50 monuments, buildings, religious centers and palaces featured in the book. For the whole list, check out Discovering Architecture here. Otherwise, leave your submission for must-see landmarks in the comments.