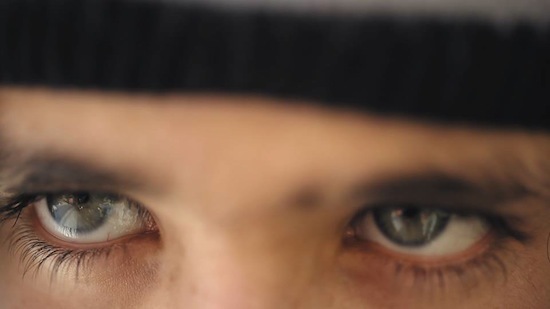 While a cacophony of media and breaking news buzz around us in our daily lives, I personally need the human touch to help me understand a country or a situation. And for that human touch I turn to art, music or even better, cinema to get me to the heart of the matter.

In Cannes this year, the country of Azerbaijan seemed to leap out at me from every corner. It was inescapable. There were friendly conversations incorporating quotes from Laila and Majnun, the famous poem about the Romeo and Juliet of the East, by Nizami Ganjavi, considered a Persian poet but who is of course, by birth, Azerbaijani.

During the festival it was also announced that my favorite future Arab superstar, mark my words on the super, Adam Bakri had been cast in the Asif Kapadia helmed movie version of the novel Ali and Nino, about a romance between a Muslim Azerbaijani boy and Christian Georgian girl in Baku, at the onset of the WWI. To be filmed in Baku, Azerbaijan, of course, and produced by Leyla Aliyeva, all around cool girl and daughter of Azerbaijani president Ilham Aliyev. There was also mention of a film festival starting in the country, at the buzzed about Azerbaijan pavilion.

And then, Torn. A beautiful, touching short film, filled with heart and soul, which also happened to be the first film from Azerbaijan at the Festival de Cannes, screening in the Directors' Fortnight.

The film is directed by Student Oscar winner Elmar Imanov (who won the award in 2012 with his short The Swing of the Coffin Maker) and Engin Kundag who directed Ararat, a short which screened at the Berlinale in 2012.

To talk about plot with Torn would be sacrilege, because the film is about more than a story, and much more than its ending. It's a slice of life short gem, highlighting our human similarities and the same incomprehensions that we complain about here, in the West, shown in a different language, through a separate culture from ours, yet so eerily similar it gave me shivers.

I had a chance to interview the filmmakers but also their actors, the soulfully beautiful Zulfiyye Gurbanova, the silent, impenetrable Rasim Jafarov and the young yet spellbinding (those eyes, the ones pictured above, are his eyes) Mir Movsum Mirzazade. The result was an absurdly wonderful highlight of Cannes for me, one that found me gesturing through questions to be understood and using the Russian translating talents of the film's publicist, who is, by the way, a very personal favorite.

But also an afternoon spent in the company of a group of people from whom I never wanted to walk away, full of joie-de-vivre, excitement at being in Cannes and a "gusto" -- as the Italian call the taste for life, the idea that the journey is always so much more fun than any destination. Oh, and we took some amazing selfies by the beach which I'll cherish forever.

Did I ask great questions? Probably not. Did I get mind-shattering answers. Probably, but a lot was lost in translation. Yet what I walked away completely sure of was the concept of humanity. Our similarities always outnumber our differences, and if we just give "the Other" a chance, we may realize that we're staring at our own mirror image, speaking a different language, living in another corner of the world, but in flesh and blood just like us.

How did you manage to have your actors here in Cannes?

Elmar Imanov: TEAS -- the European Azerbaijan Society-- sponsored the actors to come here, stay here and present the film in Cannes. They are an organization based in London. It was really incredible how they just did it. 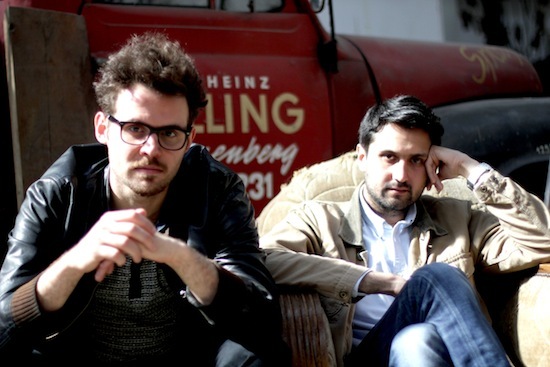 Are your actors all professional?

Imanov: The two leads are professional and he (Mir) is kind of professional too. He could not be, he was only thirteen at the time, but now he's acting in movies and plays.

So how does it feel to be in Cannes?

Rasim Jafarov: Cannes is the first film festival I've attended. And we are the first actors from our country who have been invited to Cannes.

Zulfiyye Gurbanova: This was a dream of mine to come here since I was eighteen, when I took acting classes at art school. And this is a particular festival for me so it's fulfilling all kinds of dreams.

Between Cannes and the Oscars, you are doing quite well!

Imanov: It went well. The two leads also played in The Swing of the Coffin Maker but to the Oscars we couldn't invite them, because we didn't have the help from TEAS.

Jafarov: I feel a part of this and inspired by these events.

Gurbanova: It's a great feeling to have this team that has had success once and now with the next movie is also going places.

Jafarov: Insh'Allah, with the next film we can go to the main competition, for Cannes 68.

This meeting could not have happened five years ago. But this meeting, here in Cannes also means I get to learn something new, today. What is something I need to learn now, from your film?

Kundag: For me the most important thing, the film tries that too, we think that human beings are different from Azerbaijan, or in Afghanistan or London, but when we make microcosms, we see that we're all the same. And what I wish the audience could learn from my films is just humanity. That's what we try to do. If cinema has a purpose, for me it's humanity.

Jafarov: Art will save the world.

Imanov: This film which is made in a very small country, an unknown society, because Azerbaijan is not a very known country, and has now gone to the biggest audience a short film can have, it means that the people are all connected. Even if they don't know the society, the traditions or the faces, everything, everybody is somehow connected to each other. Not only through Facebook, but through values.

All images courtesy of Fil Productions and Color of May, used with permission