Discovery's three-part miniseries Harley and the Davidsons tells the story of the other thing that made Milwaukee famous. 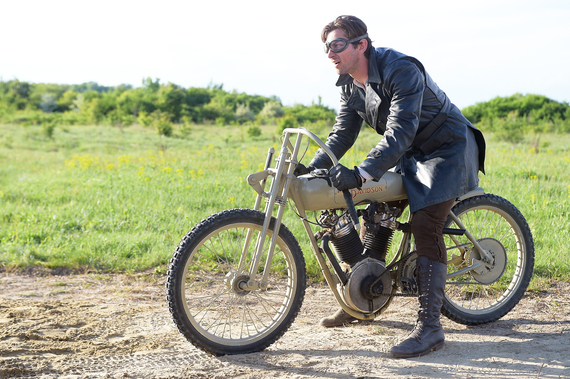 So pop a top, starting Monday at 9 p.m. ET, and watch how three kids who were convinced they could make a bicycle go faster ended up creating a machine that more than a hundred years later remains the most respected and coolest name in motorcycles.

"They had some foresight," says Bug Hall, who plays Arthur Davidson. "But they really just wanted a faster way to get to the fishing hole. Where it went from there probably surprised them."

The gregarious Arthur was the salesman, both in the immediate and in the larger sense. A good part of his job was charming people into believing Harley Davidsons were the best motorized bicycle bet in a crowded entrepreneurial field that already included one giant, Indian, and a whole lot of aspirants. 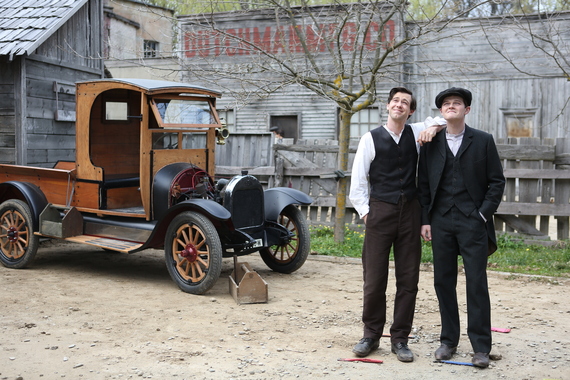 Arthur became close friends with Bill Harley (Ray Aramayo) (above) when they went to school together. They shared an interest in gasoline engines and eventually focused on the potential for hooking one up to a bicycle.

As Harley and the Davidsons makes clear, that process began with trials and errors. Lots of errors. With Harley Davidson bikes as with most other early experimental motorcycles, the engine was rarely more than a random spark away from catching fire and perhaps exploding.

Staring that danger in the face was Walter Davidson (Michael Huisman), Arthur's older brother and the president of the fledgling company.

Walter channeled Bill's creativity and Arthur's powers of persuasion into a corporation, and he didn't do it just by sitting behind a desk. 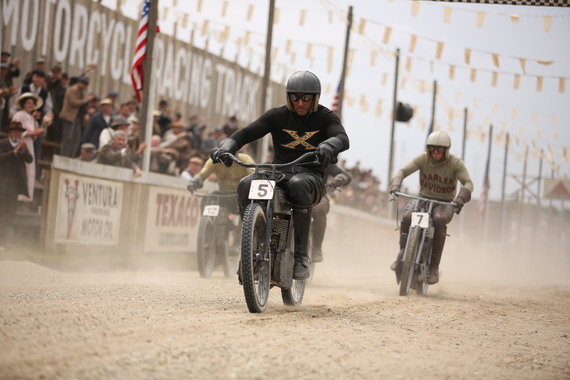 Walter rode Harley Davidsons (above) in motordrome races and other early competitions, most of which carried a significant risk of injury or death.

That was how the early motorcycles were showcased and built their reputations.

Huisman, who was best known recently as Daario on Game of Thrones, admits riding was one of the big selling points of this role for him.

"All the bikes I ride are the actual models," he says. "Where else would you get a chance to ride a 1916 Harley Twin?"

Huisman and Hall both came to the show as bikers. Huisman says he only got a car when he and his wife had their daughter and the car seemed a more prudent way to get around. Hall says he didn't own a car "until a few years ago," after spending much of his 20s touring America on his motorcycle.

The one important Harley Davidson model that did have to be created for the show was the first, the primitive experiment Bill and Arthur cobbled together in a shed in Milwaukee.

"It had to be made for the show because it doesn't exist," says Huisman. "There aren't even any pictures, just stories about it. So that's what we were working from."

The miniseries goes into considerable engineering detail for the early days of Harley Davidson, and not surprisingly it doesn't spare the drama of the motordrome races, or the tension they created among family and friends of the riders.

While motorcycles have never completely lost their aura of wild abandon or danger, the early days clearly were different from the well-established industry that sells them a century later.

"In some ways," says Huisman, "we had to forget what it became to figure out what it was."

"We're telling the story from the ground up," says Hall. "There was a Wild West mentality that gave you the ability to create and adapt. Bill and Arthur weren't the first ones who had an idea about motorcycles. They just had their own vision."

"Their approach," says Huisman, "was let's make it different and better." 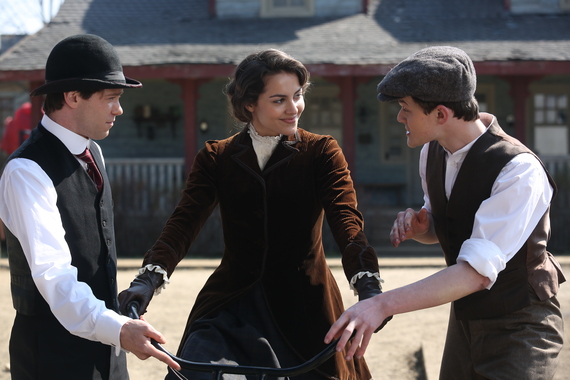 But in the end, says Aramayo, who was the young Eddard Stark on Game of Thrones, Harley and the Davidsons is as much the story of family values as the story of how choppers were born.

"These were three guys who complemented each other," Aramayo says. "None of them could have done what they did without the other two, and without caring as much as they did about their partners."