Three years since a Wells Fargo Bank loan officer shared the details of how she and her colleagues targeted and directed prospective African American homebuyers into taking out expensive high-interest subprime mortgages to The New York Times, racial discrimination in the housing market is still an issue.

According to a new investigative report by the National Fair Housing Alliance (NFHA), a coalition of fair housing non-profit organizations, six major banks are engaging in discriminatory practices in the maintenance and marketing of foreclosed Real Estate Owned (REO) properties in predominantly Latino and African American neighborhoods.

CEO and President of the NFHA, Shanna L. Smith, said in a press release that the report “offers evidence that banks responsible for peddling unsustainable loans to communities of color and triggering our current foreclosure crisis are continuing to damage those communities by failing to properly maintain and market the properties they own.”

The report looked at nine cities and cited “extremely troubling disparities.” For instance, in Philadelphia, PA, 41 percent of foreclosed homes in African American communities were cited with more than 10 distinct maintenance or marketing problems. In contrast, not one property in a predominantly white community was cited with the same. And in Phoenix, AZ, 73 percent of REO properties in Latino neighborhoods were missing a “For Sale” sign. The same could only be said for 31 percent of homes in predominantly white neighborhoods.

Marred by disrepair and neglect, the report goes on to state that the abandoned homes, “degrade the quality of life in these neighborhoods.”

Under the federal Fair Housing Act, it is illegal to engage in discriminatory practices with regards to real estate-related transactions. The NFHA and the U.S. Department of Housing and Urban Development plan to file administrative complaints against the banks in question.

Moreover, a study by the Center for Responsible Lending published last year found that borrowers of color were more than twice as likely than white households to lose their homes.

The reason? “African Americans and Latinos were consistently more likely to receive high-risk loan products, even after accounting for income and credit status,” according to the report. 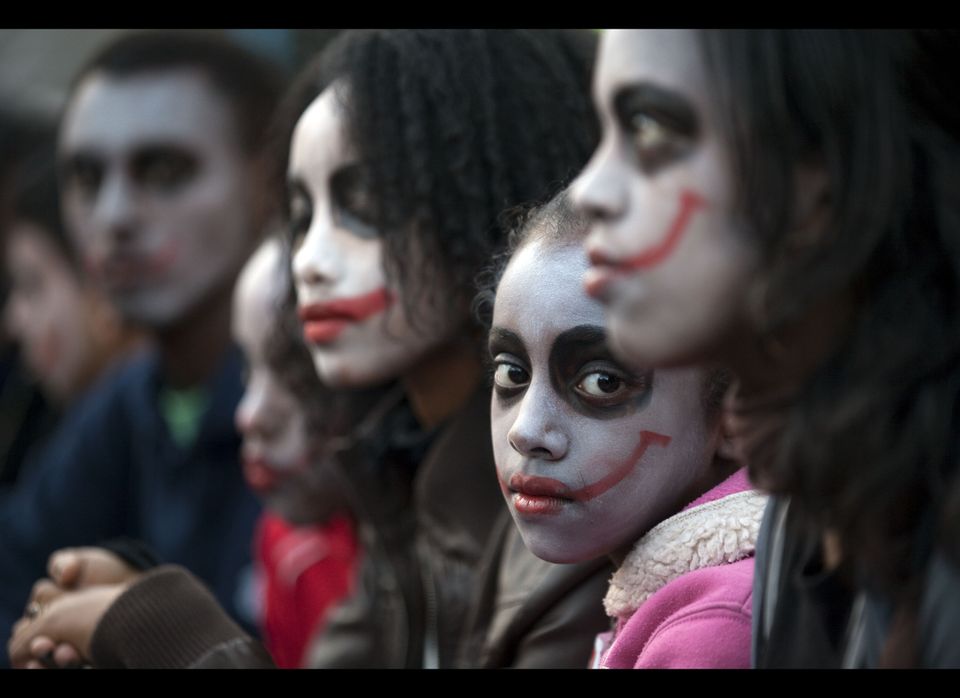 1 / 13
Israel Youth of Ethiopian Origin Against Racism
Israel youths of Ethiopian origin, their faces painted in white, join about 2,000 fellow protesters in a rally against racism in the southern Israeli town of Kiryat Malachi on January 10, 2012, seeking to highlight discrimination they face, notably when trying to find housing. AFP PHOTO/MENAHEM KAHANA (Photo credit should read MENAHEM KAHANA/AFP/Getty Images)
Getty