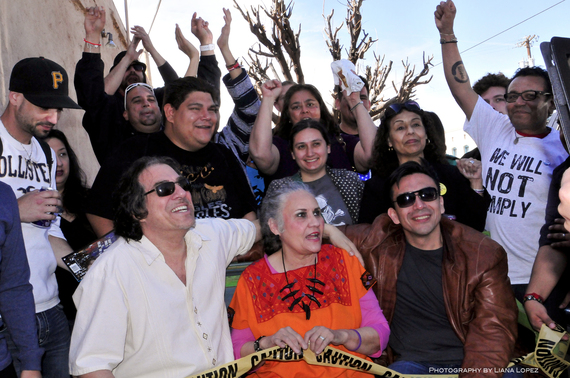 A federal appeals court suggested as much in their opinion on July 7, 2015.

This is the ruling regarding the court case against Arizona's law used to ban Mexican American Studies. The court heard "Maya Arce vs Huppenthal", now called "Maya Arce vs Douglas," in January.

The law prohibits courses that promote the overthrow of the government. However, as the judges pointed out, it was enforced on only the K-12 Mexican American Studies (MAS) program at Tucson Unified School District (TUSD).

This was a monumental ruling because the court recognized the discrimination apparent in the state's banning and gave the plaintiffs the chance to document it.

It appears that the federal government is ready to put in check Arizona's rebellion.

The Librotraficantes were honored to be in the court room to witness history and hear first hand the oral arguments. Arizona's testimony bordered on parody, but the federal judges schooled Arizona with their probing and questioning. Below are some highlights from the proceedings. 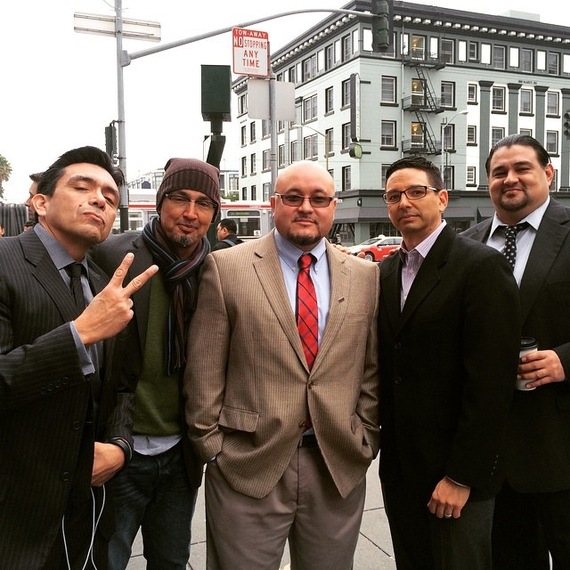 Arizona began its oral arguments by trying to deport America to Opposite Land.

The Cabrera Report and the Cambium Audit are 2 major studies that prove Mexican American courses helps students pass standardized Math and English tests and graduate. Arizona fought to keep the findings from being used as evidence in court.

Arizona's justification for ignoring the data was mind-blowing. Arizona argued that "student achievement is irrelevant."

Evidently, generations of teachers have the concept all wrong. Here we thought just the opposite.

The sense this makes is nonsense. And the judges thought so, too.

One judge said that ignoring the findings, ". . . would seem to demonstrate evidence of discriminatory intent."

You really do have to see it to believe it, and to do so-click here for a link to a video of the oral arguments. And here are more highlights:

The worst job on earth must be serving as lawyer for Arizona. The state's lawyer was flustered and stuttering when she was pressed to provide an example of a course that could satisfy the different components of the law. She could not.

It looked just like the Daily Show interview where Al Madrigal asked Michael Hicks, TUSD School Board Member, opponent of MAS, to explain how to teach African Americans students about slavery without creating resentment. He too fumbled with words and couldn't provide an example.

The judges asked AZ counsel, "Suppose you had a class in Chinese Language, one that helps Chinese students, would that be illegal in AZ?"

The lawyer for AZ answered-"Yes."

Even on his last day of office, outgoing Education Chief Huppenthal notified TUSD that an African American Studies course was breaking the law by teaching KRS-One Lyrics.

As the presidential election gears up, and as the lawyers get ready to continue the case, the nation will get to see more of the evidence that answers some of the questions posed by the judges, such as, "How does that not suggest discriminatory animus? We don't want minorities to develop any kind of ethnic pride?" 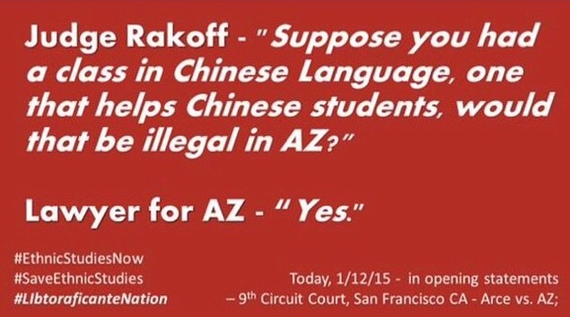 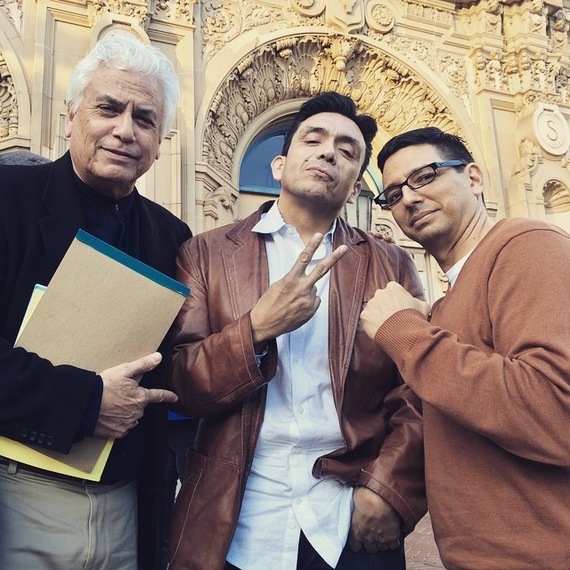 For a legal view of the ruling, I had a chance to interview Richard Martinez, during my final broadcast for Nuestra Palabra: Latino Writers Having Their Say on 90.1 FM KPFT, Houston, Texas.

Martinez is the legal eagle who has championed the cause of the MAS students and professors from day one. He has assembled the current team that consists of a deep bench of law students, law professors, and lawyers with Supreme Court experience.

He emailed me the following insights about the decision:

"The 9th Circuit's decision in "Arce" is a significant, important vindication of the claims asserted by the plaintiffs."

The conventional wisdom was that the case was over, that the task of reversing Judge Tashima was not likely to occur. Due to the incredible work done by the entire legal team, including Professor Bob Chang and the brilliant oral argument by Dean Erwin Chemerinsky on January 12, 2015, the 9th Circuit ruled in the plaintiffs favor in four significant ways."

This includes affirming that the A(3) provision in HB 2281 was unconstitutional, and that the Judge Tashima would have to conduct further proceedings, including a trial, on the plaintiff's First Amendment Viewpoint Discrimination claim, and the 14th Amendment Equal Protection claims. (There are two, the first pertains to enactment of HB 2281 and the second to enforcement of HB 2281.)"

The entire legal team believes that the 9th Circuit's decision is significant; an important decision that protects the future of students to have courses in publicly funded schools that teach the history and culture of their race/national origin."

The case if not yet completed and the prosecution of the state of Arizona will continue. Sigue la lucha." 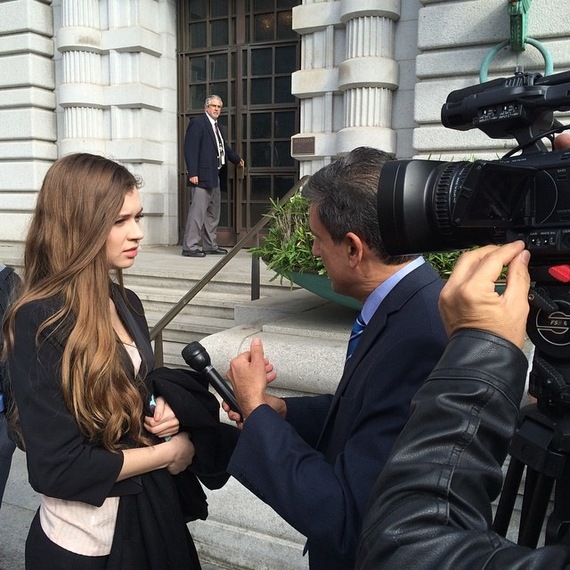 In this age of Ferguson, Ayotzinapa, and the banning of Mexican American Studies, we need Ethnic Studies to cultivate not just leaders who can navigate these cultural crises; we need leaders who can avoid them.

It is in this era that we have become Cultural Accelerators. We are used to taking a few resources and making them last, and making them great. However, now we are aware of our power to do so. There have been more gifted generations; however, we have come of age with the additional gifts of technology, sheer numbers, a deep base of talent, and the awareness of what we are capable of.

The book Critical Race Theory by Richard Delgado and Jean Stefancic is one example of how we accelerate culture.

Critical Race Theory is one of the books included in the prohibited K-12 Mexican American Studies curriculum. Thus, it was confiscated from classrooms. However, the book now discusses that same ban of MAS in Arizona, during which that very book was yanked out of classrooms. Let that sink in: We live in an era where we can read our history as we make history as our acts preserve it and are archived to be taught to future generations-or the next day.

We are now aware of our intellectual prowess only after it was attacked, only after the students, the teachers, the writers, the activists, the people of Tucson stood up to this oppression and united us from the class room to the court room.

We salute the Tucson community who inspired us to unite to keep this un-American law from spreading, and to commit to spreading Ethnic Studies in our own states.

The entire nation must stand with Tucson as they continue this fight. It is powerful that the racism they have suffered will be documented as we approach the presidential election. The Republican Party must decide if this unfair, un-American law represents the goals of their party. And the Democrats must not stand silently on the sidelines and must more actively stand up for our community's civil rights.

And we must never forget that this happened.

On that note, here is an excerpt from the official court ruling listing just some of the individuals who have dedicated their time, energy, and genius to stand up for Freedom of Speech and Intellectual Freedom.

"This case was originally filed on October 18, 2010 by ten teachers and the director of TUSD's MAS program. The complaint was later amended to add two TUSD students, Maya Arce and Korina Lopez, and their parents as next best friends. A third student, Nicolas Dominguez, and his mother as his next best friend intervened in the case. However, Nicolas Dominguez and Korina Lopez voluntarily dismissed their appeals after graduating from high school, and the teachers' and the director's claims were dismissed for want of standing in an Order dated January 10, 2012 from which no appeal has been taken. Thus, the only remaining plaintiffs are student Maya Arce and her father and next best friend, Sean Arce. Defendants are the Superintendent of Public Instruction, Diane Douglas, the Arizona State Board of Education, and members of the Board of Education."

It appears that every 40 to 50 years Democracy must be rebooted. This time the task has fallen on the broad shoulders and broader imaginations of Chican@s. We look forward to uniting with our brother and sisters from all walks of life to defend freedom of speech and intellectual freedom. And we look forward to reading the happy ending to this episode in powerful prose that will appear in history books that some day, too, some other oppressor will want to ban. But we will be ready for them.