"My documentary is on a man who goes naked," said a lively film student at the Istanbul Film Festival brunch, offered at the Goethe Institute. "He walks about town naked, in the style of Diogenes the Cynic!"

The young man's eyes lit in excitement. "He's a symbol of freedom! In my own life, I feel so trapped." 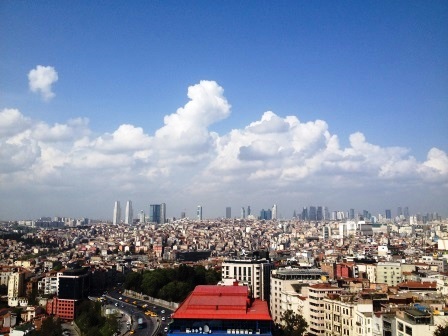 Freedom turned out to be a common theme at the Istanbul Film Festival this year. Whether it was a Turkish film about the condition of women today, or a private discussion about the censorship policies of the Turkish government, the urge for freedom came up often.

My favorite film on the topic: Senem Tüzen's Motherland, about a newly divorced female writer who goes back to her mother's hometown in the countryside to finish a novel. Hoping to liberate her creative impulses, the writer finds herself trapped in the suffocating atmosphere of the stone-grey village. Her mother, ever-present, alternately adores her daughter and reprimands her. A group of traditional women in veils prays on a rooftop as the lonesome writer looks out the window.
The key scene is when the female lead, anguished by writer's block, pounds her head with her fists. It is a scene that alerts us to the fact that the pressure comes from herself. The writer has internalized the blocks of her heritage. "Motherland" is within. 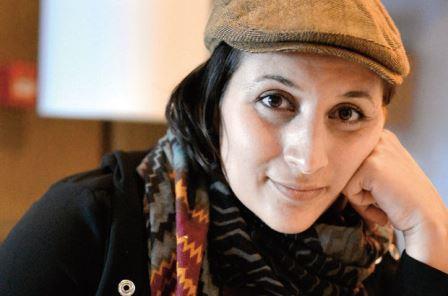 "Women in my film are controlling each other," the filmmaker told me during the brunch at the Goethe Institute. "You become each other's guardian. When the [oppression] is close to you like your own skin, you have to beat yourself."

A fellow critic, a man from Germany, told me that the plot of this film left him perplexed: "Why doesn't the woman just rebel against her mother? I kept waiting for a scene when she would just leave!"

But the mother is not the real issue.

Freedom starts from inside, she explained.

"But we are not free inside. We go with what society tells us."

The filmmaker, who has also lived in the United States, believes that freedom for women is not just a Turkish problem, of course.

"In the US, women seem conservative to me as well. One has to be beautiful, be a mother who unites the family, have a career. You have to take on all these roles to be accepted by men: have a good job and be a sexy wife."

In the film, the only relief from the pressure building inside is sex. There are two abrupt scenes of sexuality: both filmed as urgent and animalistic, without pleasure.

A quite different perspective on freedom came across in the Turkish film The Field.

Here again we have a story of a character's return to his hometown. Tarik, a real estate mogul in Istanbul, has come back to plea with his family to sell their heritage: a field. He could use the money to pay his debts. Successful in his plea, Tarik agrees to take his younger brother with him back to the big city, where he too can make a go at a new career.

The majority of this film takes place in the car en route to Istanbul. The two brothers spar as it becomes night and the traffic becomes denser. What is revealed is a conflict of values: loyalty to the family back home, or the individualism required by city-life.

The deadlock points to the error of making that escape to the city. Family should never be forgotten.

"The dream of people in rural areas is to go to Istanbul," director Cemil Ağacikoğlu told me at the brunch. "In making that journey, people are very keen to forget their families. Their only aim is Istanbul. And when they get into this gigantic machine, they ignore the family back home."

The cost of a new life in Istanbul is, as the younger brother says, "leaving these human beings behind me."

At the Q and A after the screening, the director spoke at length about how forgetting that the family is "who we turn to in times of need" is a great problem in today's Turkey in transition.

Over fifty Turkish films were screened this year at the Istanbul Film Festival. The winning Turkish film of the Golden Tulip National Competition was Dust Cloth by Ahu Öztürk