In the 1966 movie-so-bad-it-might-be-fun, 1966 BILLY THE KID VS. DRACULA, there is a scene that made me cringe, and not for the reasons the film-makers intended. 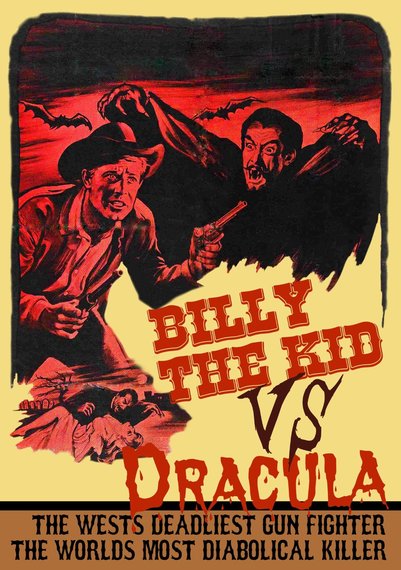 As Dracula, John Carradine lurched toward whomever he was menacing-- but the camera focused on the actor's poor hands.

Arthritis. The swollen-knuckled joints were unmistakable.

The rest of the movie I found myself worrying for him, scared he might bump into something, or that somebody might shake his hand, and squeeze too hard.

Arthritis may not sound like much: perhaps because it is so common, affecting more than 20 million people in America alone. But the pain can be excruciating: it would be classified as torture, if done deliberately.

My wife Gloria and I have the condition in our knees.

For me, it's a minor inconvenience: my six-year-old grand-daughter can outrun me; plus getting up from the floor is like a camel rising, rear end first, one awkward joint at a time.

But Gloria suffers. Stairs are the worst. Our bedroom is on the second floor, and she tries to only use the stairs twice a day: down in the morning, back up at night.

Think what is happening inside her knee: where thigh bone and shin bone meet. Between the bones is (or should be) a spongy cushion of cartilage. If it is thick and healthy, all goes well.

But take away that cushion, either from wear-and-tear of age or ripping injury? No shock absorber. Now it is bone on bone as the weight presses down, and gravity grinds the joint at every step.

Surgery can rebuild the knee structure with metal and ceramic implants. Sometimes the operation goes well, and the patient recovers a degree of mobility. But still it is a foreign object in the body. More surgeries may be required, expensive, invasive, and always with an element of risk.

There are drugs to mask the pain, and cortisone shots and gel insertions; but these are temporary fixes at best. Gloria has had several cortisone shots, but each one helps less than the one before, and side effects threaten. Most recently, she had gel injected into both knees, and again, some temporary relief, but nothing lasts.

But what if we could grow new cartilage, rebuilding the cushion inside the knee?


Denis Evseenko of UCLA is trying to do just that. His grant (RB5-07230) from the California stem cell program is active; the cell of choice is embryonic. 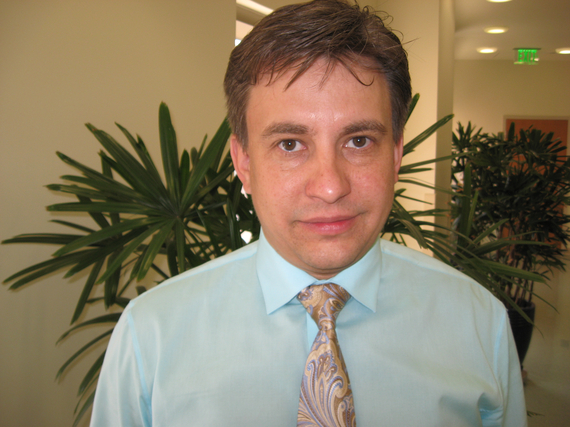 "Recent tests have shown the ESC-derived cartilage cells to be proliferative and functional only in the presence of specific factors...The Evseenko lab has developed a novel small molecule regulator designed to replace those natural factors. Co-transplantation of the ECS-derived cartilage cells and this rejuvenating molecule is expected to yield the most efficient functional outcomes in patients with arthritis..."--Denis Evseenko, personal communication.

Like all the work of the California stem cell program, Evseenko's work is not easy for non-scientists like myself to fully comprehend. But the importance of it is clear.

His work "...explores the question of what... control(s) the survival and maintenance of cartilage cells... (It may) provide new transplantation opportunities for patients with cartilage injury or arthritis...and delay or even prevent these patients from needing joint replacement procedures...

"The work in his lab is now focused on generating these cells on a large scale and testing their ability to repair cartilage injuries..."

As Dr. Evseenko puts it, "cartilage restoration (should be) one of the major priorities in medicine".

How big a problem is arthritis?

"The annual economic impact of arthritis in the U.S. is estimated at over $120 billion, representing more than 2% of the gross domestic product..."

Toward the end of his life, John Carradine's suffering was unspeakable, and he once described his hands as "arthritic talons".

Yet he went on to make more than 225 movies (estimates run as high as 500) more than any other actor in the world. Some were quite wonderful, like 1940's GRAPES OF WRATH, and others of admittedly lesser quality.

Why did he keep on working? He once described himself as "just a ham", meaning someone who loves the spotlight, but there was more to it than that.

He would take virtually any film or TV role, however bad, as long as it would help finance his true passion: to perform and direct in a traveling Shakespearean troupe. He would work and work, and when he had saved up enough money, he would get his actor friends together, and they would hit the road, bringing the world's greatest playwright to life for people across the land.

It was a speech from Shakespeare which reportedly gave Carradine his lucky break in Hollywood. The great director Cecil B. DeMille overheard him reciting HAMLET's soliloquoy, and liked it, and hired him.

Remember? "To be, or not to be..." That immortal speech for me sums up the advocate's choice: shall we passively endure the agony of chronic disease, or fight back with everything we have?

Listen again to the familiar words:

"To be, or not to be: that is the question; whether 'tis nobler in the mind to endure the slings and arrows of outrageous fortune-- or to take arms against a sea of troubles, and by opposing--end them."

Don C. Reed is the author of the forthcoming STEM CELL BATTLES: Proposition 71 and Beyond, from World Scientific Publishing, Inc.