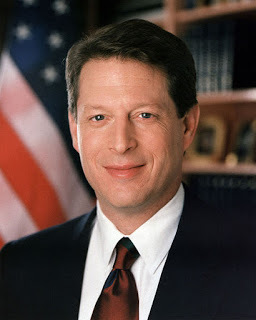 Merriam Webster defines disintermediation as "the elimination of an intermediary in a transaction between two parties." Disintermediation which can be used to describe the kind of shakeups that perhaps are occurring in the television industry where many of the most popular series are streamed as well as produced by Netflicks rather than appearing on traditional cable channels like HBO. It's really a latter day form of Joseph Schumpeter's "creative destruction," which is itself a kind of Spencerian Social Darwinism, where unplanned obsolescence actually becomes a catalyst to innovation. Disintermediation is the kind of auspicious sounding word that you might hear bandied about in an august setting like the recent John Singer Sargent show at the Met, which is precisely where our friend the real estate developer David Fox first brought it to our attention while talking about a Harvard professor named Clayton M. Christensen. Christensen is the author of a business classic called The Innovator's Dilemma which deals with "disruptive technology." When you take the word disintermediation apart it sounds simply like removing the middle man, but in order to do so, a multitude of marketplace innovations need to take place; capitalist competition forces a number of hands, eventually resulting in a change in the number and nature of fruit stands that populate the agora. Simplicity is really the name of the game and it would be wonderful if the disintermediative impulse were applied to the stock market where complex derivatives like the nefarious credit default swaps and collateralized debt obligations of the financial crisis, financial instruments which exist for their own sake without any basis in production and consumption, have caused debacles like the infamous London Whale. Disintermediation is already occurring in a number of drug and supermarket chains where electronic scanning has replaced the usual wait on the checkout line. But it would be welcome in some other areas. How would disintermediation work in terms of our justice system where those who can't post bail face inordinately long jail time before their case comes to trial--something whose economic cost to society is only overshadowed by the emotional damage it reeks on those innocent prisoners who can wait inordinate amounts of time for their cases to come to trial. Arranged marriages and matchmakers are anachronisms, but disintermediation in the marketplace of love might actually be facilitated by the decline of social networking and in particular dating apps which have so greatly increased the choice of mates that it's become increasingly difficult to make any decisions at all. And finally disintermediation needs to become a part of our voting system, where a simple count of the number of votes for or against a candidate will prevent what happened in the Gore /Bush contest of 2000--where the electoral college prevailed over the actual majority vote changing history in ways which we are still paying for today.