I never thought seeing a kid's movie would become the inspiration for a new blog on emotional intelligence. Seeing Inside Out, the new movie from Disney/Pixar got me thinking about how we think. 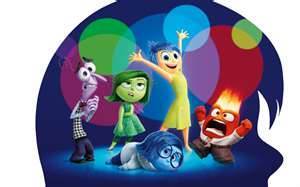 Almost the entire animated movie takes place inside the brain of a young girl named Riley. We watch her grow up from a small baby to age eleven through the eyes of five characters named Joy, Sadness, Fear, Anger and Disgust who are situated INSIDE her brain, hence the title Inside Out. (Interestingly, and with no explanation, the characters Anger and Fear are male, while Joy, Sadness and Disgust are female.) Through the first act of the movie, Joy is running the show. But something happens when Riley turns eleven that lets the other characters take over the controls of her life for a while. It's kind of like when one of the lesser characters on Star Trek takes over the controls of the Starship Enterprise and everything seems to just run amuck.

This film combines elements of brain science, emotional intelligence and science fiction. It focuses on the work of former UC Berkeley Professor, Paul Ekman who spent almost his entire career studying facial expressions. Ekman was a pioneer in studying the emotional life of the brain. Long before University of Wisconsin researcher Richard Davidson came along and started using an MRI machine to map emotional regions of the brain, Ekman was studying these emotions on people's faces.

In Ekman's day there were no instruments to peer inside the brain, so, in order to study emotions, he had to work with facial expressions. Just like psychologists Albert Ellis and Aaron Beck who co-created Cognitive Behavioral Therapy and even BF Skinner who raised the study of Behaviorism to new heights, this was the era where the mind was literally considered a black box. You could look at what went IN the black box and you could observe what came OUT (like Pavlov's Dog: ringing a bell would be an input and seeing him salivate would be an output) but you could never presume to KNOW what actually went on INSIDE the black box.

By studying facial expressions, Ekman got as close as anyone ever could to scientifically studying the emotional life of the brain in that era. A good video that describes his work can be found on YouTube. He went around the world, as far as Papua New Guinea, to see if there were emotions on people's faces that the whole world recognized. He cataloged six universal emotions including one that Disney chose not feature inside Riley's brain: surprise. According to Roger Dooley's article in Forbes, it was eliminated because the emotion was too close to fear. 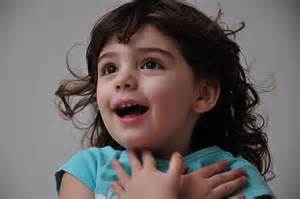 In his research, Ekman determined that we all have the capability to recognize emotions in a fleeting glance. The funny thing is, you might not even consciously KNOW when you see fleeting emotions which he called micro-expressions, but your unconscious mind reads them and makes adjustments in your behavior, sometimes without you even realizing it. I've noticed this happens, for example, when I start to mention something political with someone I don't know that well. Now that I know about micro-expressions, I often read something on the other person's face - quite quickly - that basically tells to me "don't go there," and I'll immediately change the subject. Ekman has even used these micro-expressions as a sort of a lie detector test. The Transportation Security Administration is testing Ekman's theories to assist in screening airline passengers thought to be suspicious, according to this article in Fast Company.

I first learned about Paul Ekman and micro-expressions when I did a series of films on emotional intelligence with Dan Goleman. During the production of the film, we videotaped the six emotions on the faces of a variety of actors. Good actors, by the way, are the only ones who can fool the lie-detectors because they create the emotions inside themselves, first, and the face simply reveals - on the outside - what's going on inside their bodies! You can preview the whole video at this link, and you'll observe that even in an extreme close up of JUST the actor's eyes, you can still read their emotions perfectly in less than half a second.

In an interview with Goleman on a CD entitled Knowing Our Emotions Improving Our World, Ekman talks about spending several days with the Dalai Lama, and studying his emotions through his facial expressions. "I never met a person as authentic as the Dalai Lama. The person you see on the outside is the exact same person you get to know on the inside." He referred to this phenomenon as "transparency". Ekman also says, "I believe I can tell when I meet a person who has a long-term meditation practice simply by their demeanor." This remark leads to a whole different discussion about how meditation changes the brain which we will cover in an upcoming blog.

I attended the American Journal of Health Promotion conference in the early spring and remember meeting a young woman there who just started working in the wellness field. I was telling her about Ekman, who she had never heard of. I confidently said, "Well, now that I've told you about him, you'll probably hear his name mentioned several times in the next few days". In the very next keynote presentation, the speaker was Dr. Barbara Frederickson, the University of North Carolina researcher who studies happiness and positivity. She's the one who famously says we need three positives for every one negative in order to be happy. In her keynote she mentioned how much her work was influenced by Ekman's. 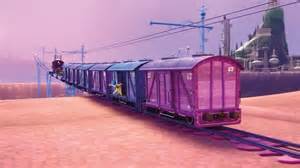 The next day I was listening to the radio and Disney announced that one of the advisors on its new, upcoming PIXAR film, was none other than Paul Ekman. I was intrigued and couldn't wait to see the film. Now that I've finally seen it, I must say, there were many, many clever concepts in INSIDE OUT, like the "train of thought" which is actually a fantasy train with odd station stops, running continuously (while she is awake) inside Riley's mind. There was the dangerous area in her prefrontal cortex where abstract thought takes place, where Joy and Sadness start to morph into Picasso-inspired looking characters and almost disappear into lines and shapes.

Even the way short term memory is consolidated into long term memory when Riley sleeps is quite accurate and cleverly done. Another brilliant idea is the way the movie depicts the brain science involved in creating Riley's dreams. Every night, a Hollywood Studio comes to life inside her brain when she starts to dream. We literally get a back stage look at what's involved in the "production" of dreams. Hollywood studios are often called: "dream factories" and in this movie it actually happens.

There's a quirky pink elephant and a couple of rambunctious janitors who work and/or wander through the long term memory vaults of Riley's brain. The elephant is one of Riley's early childhood imaginary friends who is fading fast as she heads towards puberty. The two janitors vacuum up old outdated memories (like the Pink elephant) from the memory bank and occasionally play tricks on Riley, like repeating an old song from a bubble gum commercial that she can't get out of her head.

The best moments of the film come when we see that everyone has these same five emotional characters running their brains. How they act differently in every person's brain (like her parents) and exactly which character seems to be running the show, is fun to watch and interesting to see. I can't say that I liked this film as much as the early Pixar films like Toy Story and A Bug's Life, and more recently, UP, but from a brain science and an emotional intelligence perspective, it was a tour de force, particularly at the end when we see the important role that SADNESS plays in creating the WHOLE person that we truly are.