Parental loss is a theme that has played out heavily in Disney films, but in the new version of Cinderella, a little grief is finally on display as well. What this says about how we as a culture are headed towards a more open acknowledgement of how death affects our psyches gives me hope that we are finally learning how to teach our children that it's OK to grieve.

Truthfully, when I walked into the theatre, I wasn't thinking much about the dead parent factor in this classic story; I was just looking forward to a mommy-daughter date to an advance screening benefiting JDRF on the Disney Studios lot of Kenneth Branagh's retelling of Cinderella.

But then there we were in the dark theatre, Vera on my lap making sure I kept my arms tightly wrapped around her, as we watched a bereft Cinderella say goodbye to her once luminous mother. "Have courage and be kind," Haley Atwell's character whispers to her young daughter, tears in her eyes, and in mine.

I flashed back to my 18-year old self, saying goodbye to my own dying mother, and pondered for a moment what my adult life would have looked like had she bestowed some similar platitude in her last hours. She didn't. Instead, her death cast me into many moments of having neither bravery nor compassion as I struggled to move into adulthood without her.

As the story on the screen continued to unfold, I held my daughter even closer and wondered what she was seeing, wondered if she could imagine saying goodbye to me. Not half an hour later, Cinderella was grieving the loss of her father as well, and being sent upstairs by her cruel stepmother to occupy the dusty attic with her mouse friends. Vera watched on wordlessly, her little hand warm in mine.

My daughter is well-versed in my story of parental loss. Having two healthy and active grandparents on her father's side, she is very aware of the fact that mommy's parents are dead. We've had a lot of conversations about the hows and the why's. She's seen me cry openly on anniversaries or occasions of simply missing them. I answer her questions about their absence honestly. I am, after all, a grief therapist.

I watched the death scenes in Cinderella with interest. Disney is no stranger to this parental loss plot twist (Frozen, The Little Mermaid, Bambi, The Lion King, Finding Nemo), but usually these death scenes occupy only seconds of screen time, the grieving process even less. In Frozen (and yes, I've seen it 900 times -- enough to know), the parents' deaths are glossed over so quickly and seamlessly that it's as though they never existed at all. One could have the sense that Anna and Elsa were all they ever had of each other, something having seen so many siblings mourn their parents in my grief practice, I find hard to imagine.

Some say that it was the death of Walt Disney's own mother (accidental carbon monoxide poisoning in a house he had just purchased for her) that haunted him for the duration of his life, propelling him to play out his own journey of mother loss in countless films. Others argue that it's simply effective storytelling. The quickest way to get a character to grow up is to remove the hand that feeds them. I find both points salient.

But what I find even more important, and also refreshing, is that there is actual grief on display in the new Cinderella. We see our heroine actually crying, grieving and openly missing her parents, something so often brushed over in these films. We also see her holding on to both emotional tools and objects left behind in their absence. We see her filled with understanding and compassion for others who experience suffering. And we see her bond grow even stronger with the charming prince as he tells her about his own father's pending demise. All of these are healthy characteristics of individuals who are working through the grief process, a message well worth sending to our children.

Most people I encounter struggle to understand how to talk with children about death. I've always taken a simple approach. Fact-based answers, room for exploration, honesty about the parts I don't know myself. For my new book After This, an exploration of how different viewpoints about the afterlife affect the grieving process, I had many conversations with 5-year-old Vera about death. And each time, I found myself impressed with her ability to parse this inevitable life passage into simple terms.

As adults, we tend to over-explain death, while shrinking from it at the same time. But when speaking to children about it, we must remember that the layers of nuance we have attributed to the death and grieving process are unnecessary to their developmental comprehension level. What we can do to help children face and understand death is simple: We just need to acknowledge it more openly, which is exactly what heartens me about Disney's new Cinderella.

As I walked out of the theatre, Vera's hand still clutched in mine, she told me that she cried twice. First when Cinderella lost her mother, she admitted, and then later when she married the prince. I reiterated the message I always give her when these topics arise: "Our time here together is all about love. And love never dies," and found myself grateful to Disney for being willing to further this message more than they ever have before. 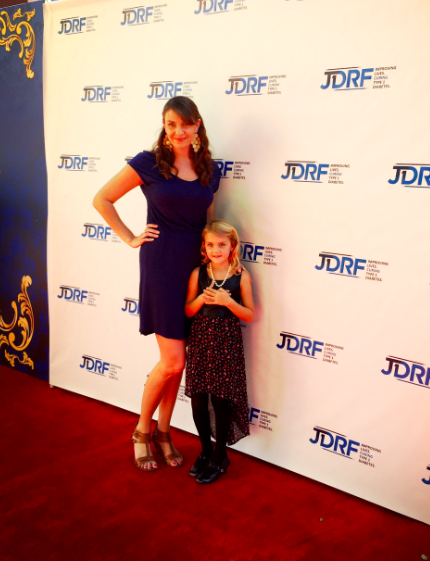 More:
healthy livingmotherschildren-griefDeathparental loss
Newsletter Sign Up
The essential guide to taking care of your mind and body
Subscribe to HuffPost’s wellness email
Successfully Subscribed!
Wellness delivered to your inbox