So when Disney Television Animation decided to build a show around the Seven Dwarfs, how did they give this new animated series its own identity? Make sure that people wouldn't confuse this program with the classic animated feature that the Dwarfs debuted in back in 1937?

Well, DTA did this by giving this new Disney Junior series a somewhat edgy title, "The 7D." They also gave the Dwarfs a bold new look & different personalities. And then -- to make sure that today's kids wouldn't confuse the 2014 versions of Doc, Happy, Sneezy, Happy, Sleepy, Bashful and Dopey with the Dwarfs their mothers & fathers grew up with -- Disney Television Animation assembled a vocal cast for this new animated series that some have already called " ... the voice artist equivalent of Marvel's The Avengers." 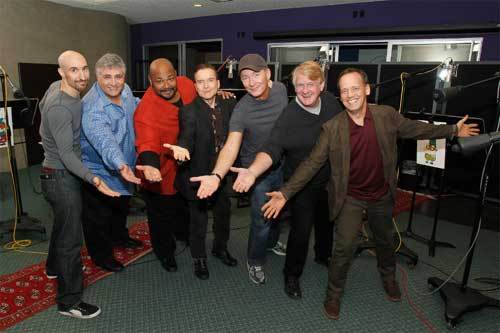 The last time an animated series had a vocal cast with this many heavy hitters on it was back in the 1990s when the "Animaniacs" delighted millions of kids every afternoon with their off-the-wall antics.

In fact, if you were to read the credits for "The 7D" closely, you'd notice that all sorts of "Animaniacs" veterans are working behind-the-scenes on this new Disney Television animation series. These include Executive Producer Tom Ruegger, Story Editor Sherri Stoner and show writers Paul Rugg, Deanna Oliver & Randy Rogel. Not to mention Maurice LaMarche (who voiced the Brain on "Animaniacs!" and now voices Grumpy on "The 7D") and Jess Harnell (who voiced Wakko Warner on that Warner Bros. production and now voices Grim Gloom, one of the comic villains on this Disney Television Animation series).

"It's important to stress here that while 'The 7D' doesn't actually mimic 'Animaniacs' in any way, this new show still has that same sort of irreverence, that same ability to wink towards the camera. But this time around, the cleverness that's brought to bear on this show is done in a Disney fashion," LaMarche explained during a recent group phone interview with the entire vocal cast. "That said, I guess I should also mention that Rob Paulsen -- who voiced Yakko Warner -- and Tress MacNeille -- who voiced Dot on 'Animaniacs!' -- have already made guest appearances on the show." 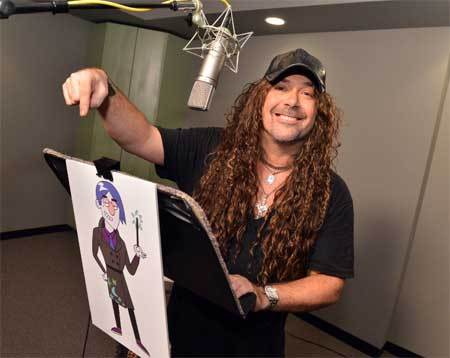 At this point in the phone interview, Jess Harnell suddenly launched into Wakko Warner's voice. "It's like we're getting the band back together, Jim."

And Maurice -- without skipping a beat -- immediately responded to Jess in the Brain's voice, saying "Quiet, Wakko. Or I shall have to hurt you."

While I'm sure that the above paragraphs will win Warner Bros. fans over to watching "The 7D," they may also concern Disney enthusiasts about the overall style & tone of this new Disney Junior series. Which is why I should probably let a genuine Disney Legend, Bill Farmer (who's been voicing the character of Goofy on all manner of productions for the Mouse House for the better part of three decades now. More to the point, whenever The Walt Disney Company wants to use the original version of the Seven Dwarfs in some project, it's Bill they call in to come voice the character of Sleepy) chime in about what he thinks of "The 7D." 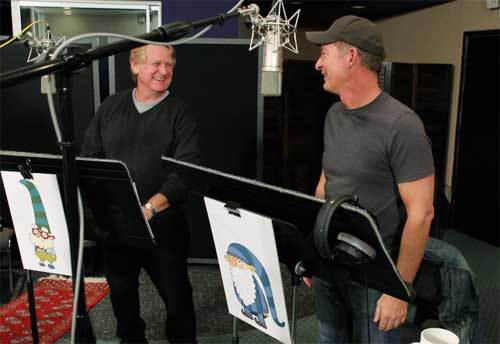 "It's not often that you get to reinvent classic characters like these for a brand-new audience. But me personally, I think that 'The 7D' is going to be a big hit. I really do. And I'm not just saying that because I get to voice Doc on this new Disney Junior show," Farmer enthused. "With animation, it all comes down to story. And the stories that Paul Rugg and his team have written for 'The 7D' are genuinely funny. That coupled with this show's style of animation -- which features the sort of stuff that animation fans just love, big takes and Tex Avery bug eyes -- makes me certain that this show is going to please both young & old alike."

"Having worked with Tom Ruegger for so long, I kind of knew already where he wanted me to go with the voice of this character. Which was sort of a persnickety Jerry Lewis," Paul explained. "Tom & I both have a fondness for Jerry Lewis. Which is why it was kind of fun to channel that voice for Lord Starchbottom. Who sort of sounds like Jerry Lewis if he wasn't a jerk and liked to wear tights." 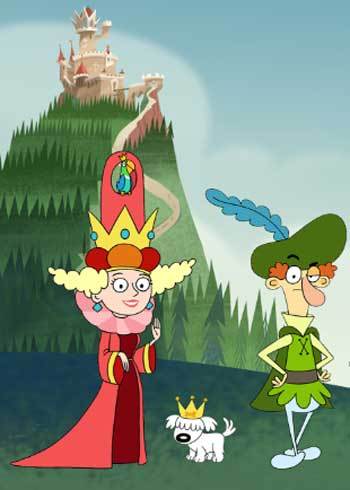 Which brings me to the best part of having the entire vocal cast of "The 7D" on the phone at the exact same time. Listening to all of these voice artists go into great detail about the famous performers who have influenced their individual takes on the Seven Dwarfs. Take -- for example -- Maurice LaMarche's inspirations for a modern version of Grumpy.

"If you listen closely, you can hear a little of Danny Devito's Louie De Palma from 'Taxi.' Likewise some of Jason Alexander's George Costanza from 'Seinfeld,' LaMarche elaborated. "To be honest, a lot of my version of Grump is influenced by my best friend, Kenny Lombino. He's a stockbroker from New Jersey and Kenny's got a real air of confidence, a certain braggadocio about him that really infuses this character."

On the other hand, Kevin Michael Richardson -- who voices the character of Happy on "The 7D" -- drew his inspiration from another voice acting legend, Jim Cummings. 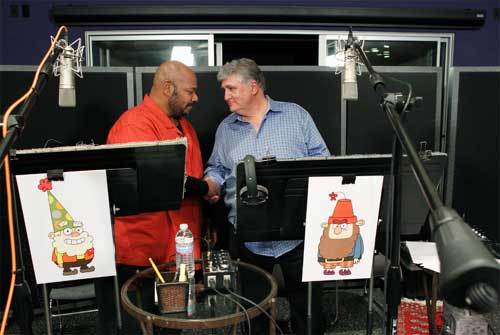 "Jim's a good buddy of mine, so I'm just embodying him as this character," Richardson stated. "Jim's got a country / New Orleans feel to his voice. So my version of Happy is supposed to sound like Jim Cummings would sound if someone just handed him a beer. Jim is always upbeat, always positive. Which is the way that Happy is depicted in 'The 7D.' Always happy, always singing."

Which isn't to say that every voice artist who got hired to work on 'The 7D' voice cast had an easy time finding a vocal hook for their character. Take -- for example -- Billy West. Who admitted during last month's phone interview that he genuinely struggled as he tried to get a handle on Bashful.

"When Disney called and said 'How would you like to try out for the character of Bashful?,' my initial response was 'Try out what?,' " West recalled. "If you remember this character from 'Snow White,' he really doesn't say all that much in the movie. He's always peeking out from under his hat and looking bashful. And as a guy who's voiced a lot of psychos over the course of my career, Bashful didn't really give me a whole lot to work with initially." 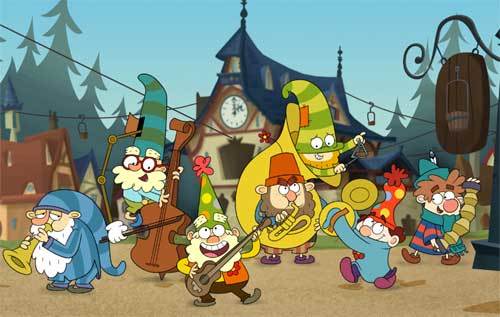 "But since Disney had said that they wanted a fresh take on this character for 'The 7D,' I went to them and said that if kids & people were really going to get into this character then there had to be more to Bashful. And the show's writers -- to their credit -- did come up with something really cool and fun for me to play," Billy continued.

"Don't get me wrong. Bashful's still this sweet little character, the dwarf who's always calling after the other guys 'Hey, wait for me!,' " West said. "But there's now this other side to the character." 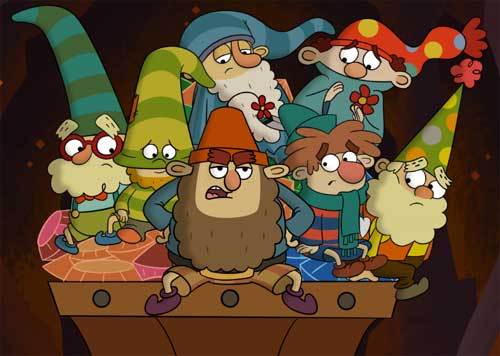 Well, if you just can't wait 'til the Fall to see "The 7D" on Disney Junior, this bold new take on the Seven Dwarfs premieres on Disney XD on July 7 (the seventh day of the seventh month. Get it?) at 10 a.m., 9 a.m. Central. So why don't you see for yourself if this irreverent, revisionist version of Snow White's little pals makes you Happy or Grumpy?