It's one of those hard-and-fast rules of the Disney Universe. That -- Flora (i.e., The leader of the good fairies in Sleeping Beauty put it) once put it -- " ... evil die and good endure!"

So how then to explain the success of Disney's Descendants. This Disney Channel Original Movie -- which was built around the teenage sons and daughters of Disney's most infamous villains -- debuted back on July 31st and wound up being cable television's fifth highest-rated movie of all-time. 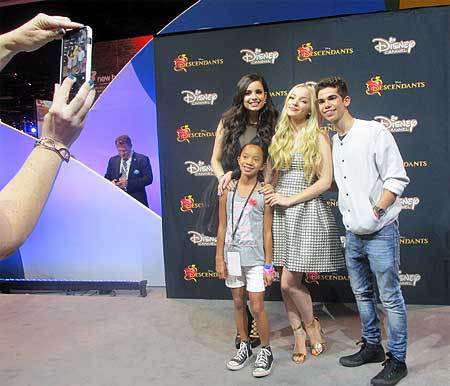 And ever since then, Disney's Descendants has been ascending. The soundtrack for this Disney Channel Original Movie debuted in the Billboard 200 in the No. 1 position. And the Descendants DVD (which hit store shelves on July 31st. The very same day that this TV movie premiered on the Disney Channel) is now the No. 1 TV movie and the third best-selling TV title on DVD, 2015 to-date.

And given that interest in this new Disney franchise just continues to grow & grow (Witness the huge trans-media audience that turned out when Descendants: Wicked World, the new short-form animated series that debuted on the Disney Channel last month which is set in the worlds of Auradon and Isle of the Lost worlds. To date, 5.9 million people have viewed these shorts on the Disney Channel while nearly double that number of people -- over 10 million viewers -- have also watched them on YouTube), is it any wonder that -- earlier today -- The Mouse House officially announced plans to mount a sequel to this TV movie. 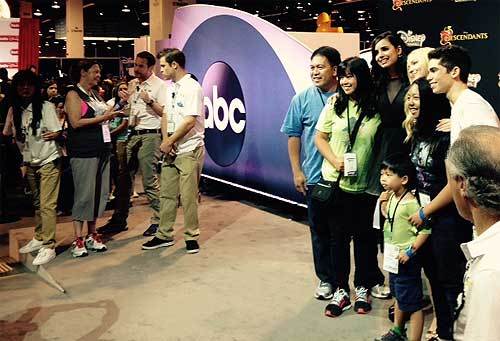 To be specific, Sara Parriott and Josann McGibbons (i.e., the screenwriters of the original TV movie) have been commissioned to write Descendants 2 (working title). Parriott and McGibbon will also serve as executive producers of this eagerly anticipated production. Which -- Disney Channel officials hope -- will begin shooting in 2016 and then air in 2017.

There is no official word yet as to whether Kenny Ortega (i.e., the Emmy Award-winning director / choreographer) will return to helm the sequel. But in an interview that Kenny did with the Huffington Post back in July, he was obviously eager to help map out the future of this new Disney franchise: 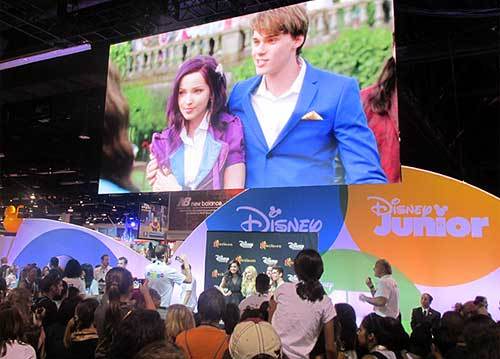 "So would I like to do Descendants 2? Sure. I think -- were you to ask the cast and the crew -- they'd agree that we'd all love to come back and play here again. The Descendants world really is a wonderful place to play in. More to the point, there are so many characters from Disney animated films that we could draw upon, pull in. There are so many more stories we could tell."

Perhaps someone can ask Ortega directly if he has plans to helm the sequel to this record-breaking Disney Channel Original Movie this Saturday, October 17th. Which is when Kenny -- along with Descendants cast Dove Cameron (Disney Channel's Liv and Maddie), Cameron Boyce (Disney XD's Gamer's Guide to Pretty Much Everything, Disney Channel's Jessie), Booboo Stewart (X-Men Days of Future Past) and Sofia Carson -- will be meeting with fans of this franchise at the Disneyland Resort. This open-to-the-public event will be held from 11:30 a.m. to 12:30 p.m. in the Downtown Disney District in Anaheim, California and will feature an on-stage, music and dance-filled celebration.