These days you may see little girls running around in Elsa dresses -- or their parents trying to find a store that hasn't sold out of them -- but over the years, other Disney princesses have been more influential in the baby naming department.

The company began heavily marketing Disney Princesses in 2000 with eight original members: Ariel, Belle, Cinderella, Jasmine, Mulan, Pocahontas, Sleeping Beauty (Aurora) and Snow White. Since then, three more characters have been added: Tiana from "The Princess and The Frog" in 2009, Rapunzel from "Tangled" in 2011 and Merida from "Brave" in 2012. Elsa and Anna from last year's "Frozen" are considered to be "princesses-in-waiting."

Disney says in publicity materials, "As women grow up with the Disney Princess characters, they are inspired by their stories, personalities and inner qualities and pass along their love for these heroines to their own daughters."

It turns out parents are passing princess stories, and names on to their children. According to the Social Security Administration, in 2013, the year after "Brave" was released, the number of girls named after lead character Merida jumped 474 percent. The number of baby girls named Tiana nearly doubled in 2010, the year after "The Princess and The Frog" was released. The trend has appeared for other Disney princesses and popular female characters. Even the name "Princess" has seen an increase in popularity. 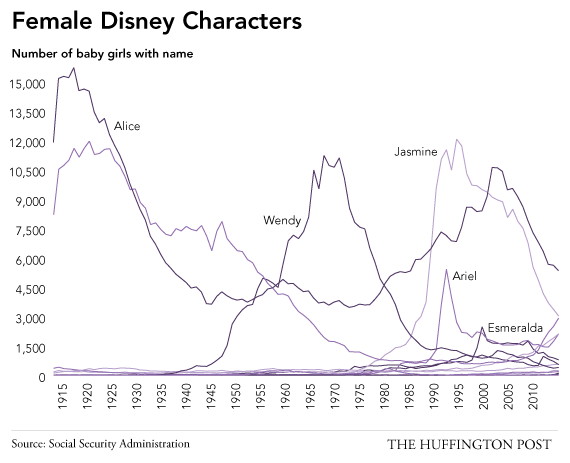 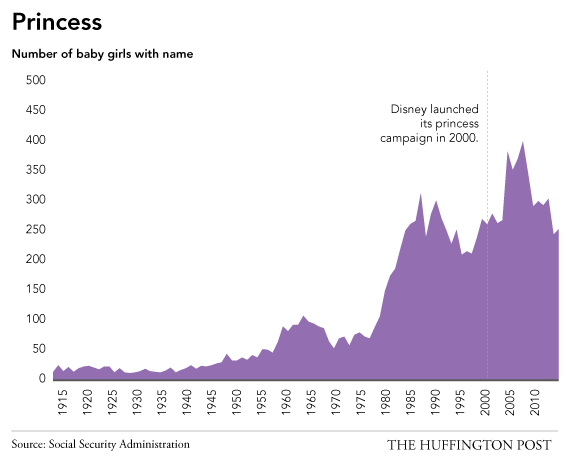 Disney's princess campaign has been an obvious marketing win, but is it a win for little girls?

“There is mixed evidence," said Sarah Coyne, a faculty member at the School of Family Life at Brigham Young University who researched "The Disney Princess Effect." "Princesses are not great in that they promote gender stereotypes, but we also found some positives -- like better body image and more pro-social behavior.”

Here are some popular Disney names that saw a bump after a major movie release: 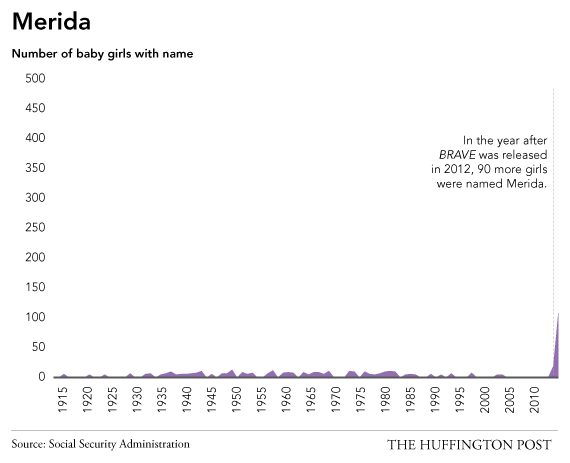 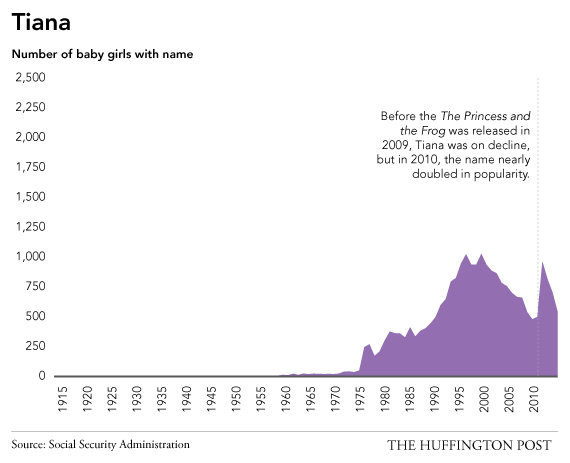 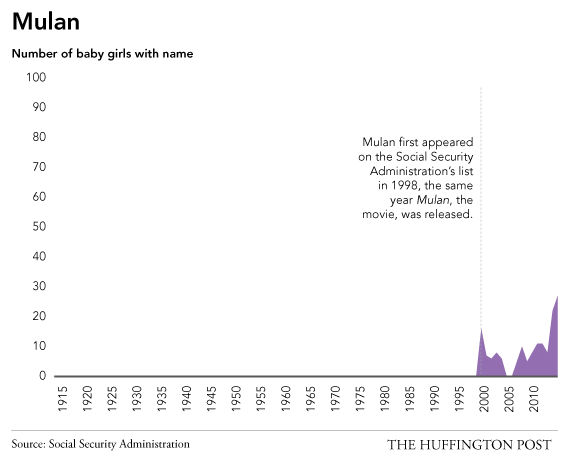 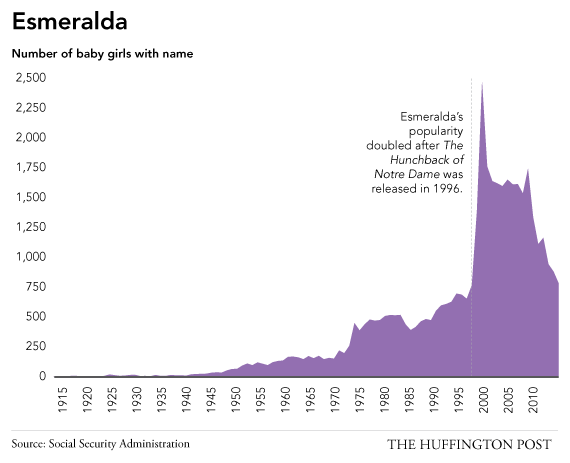 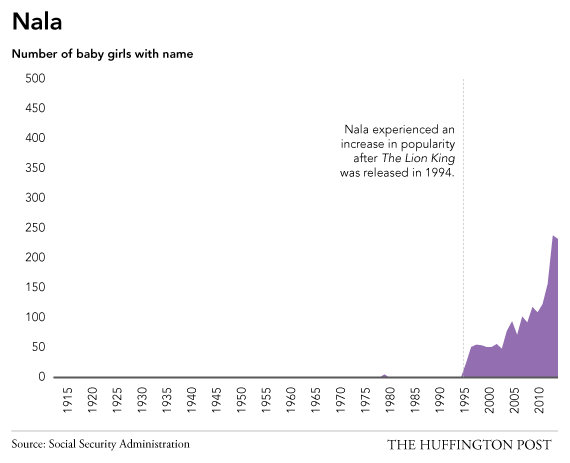 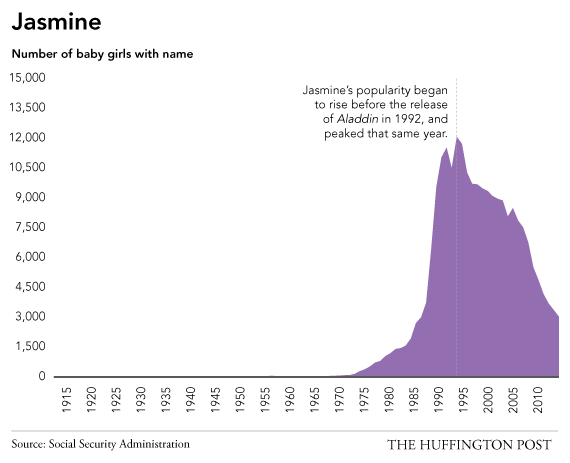 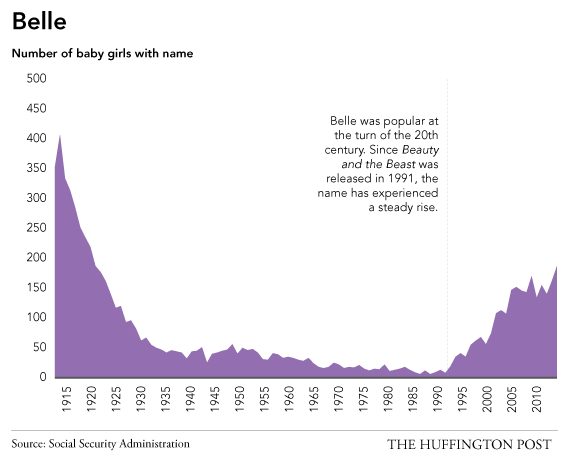 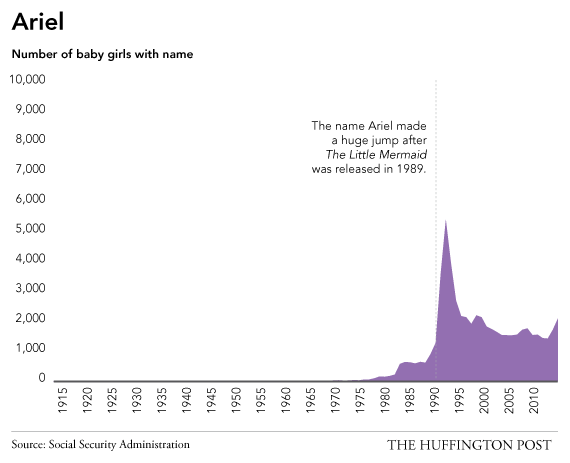 And here are some other Disney names that haven't had a big effect on baby naming trends: 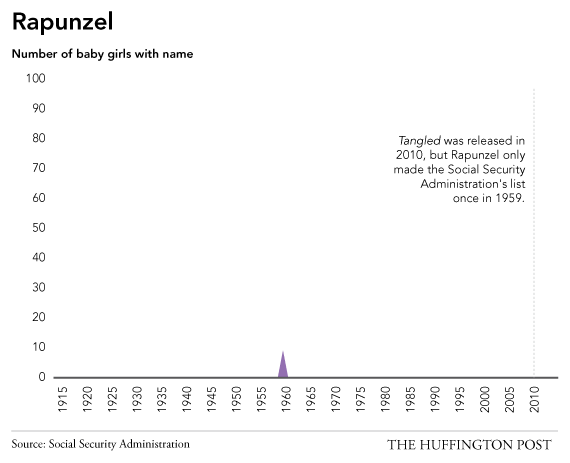 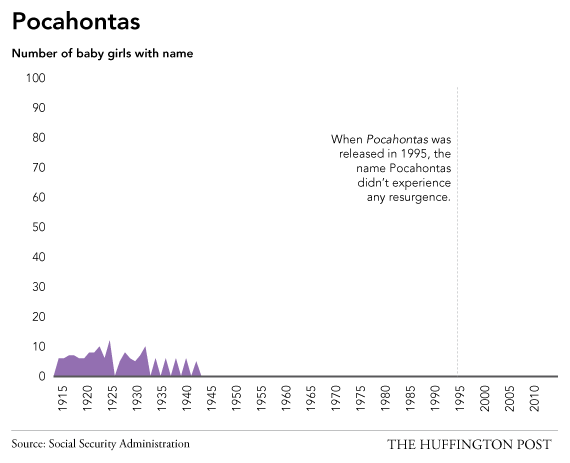 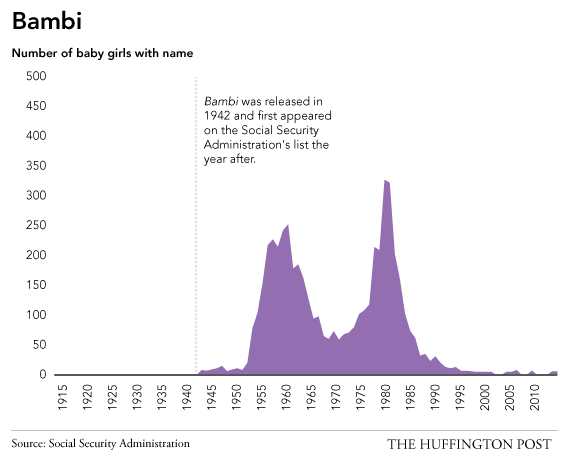 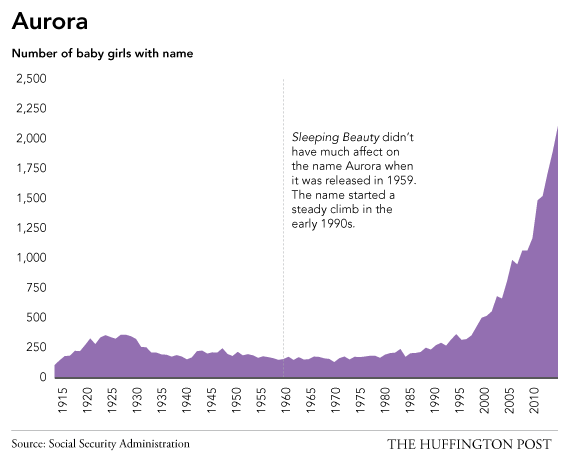 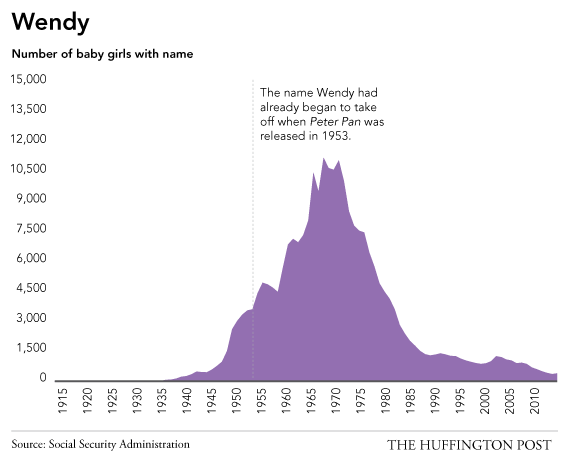 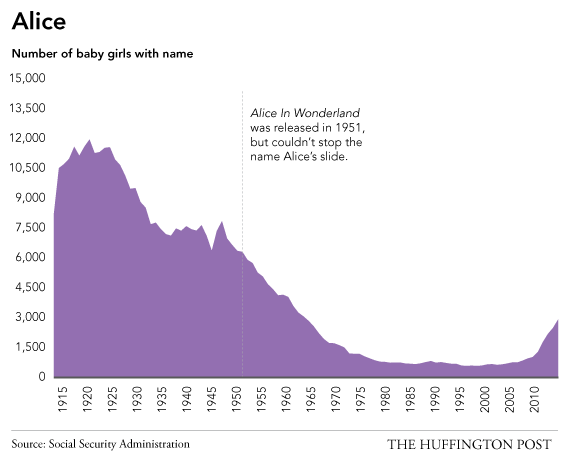 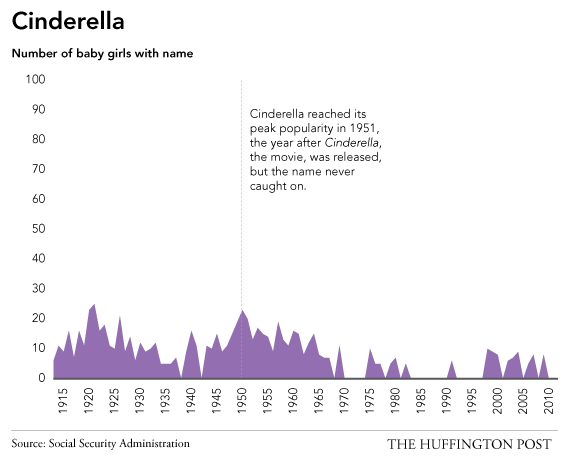 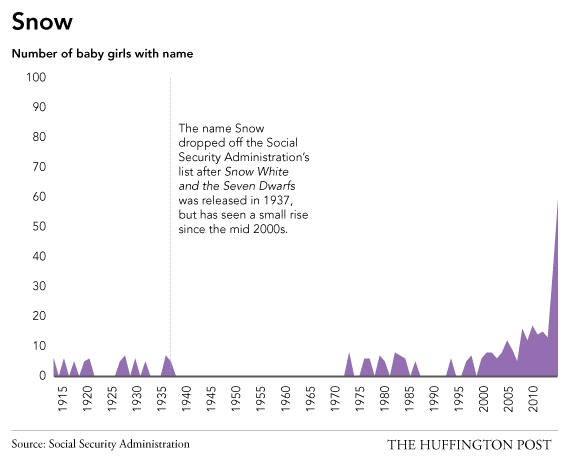 And last but not least, the princesses-in-waiting. It's too soon to tell if the Frozen effect will apply to baby names, but here's what we know about Anna and Elsa so far: 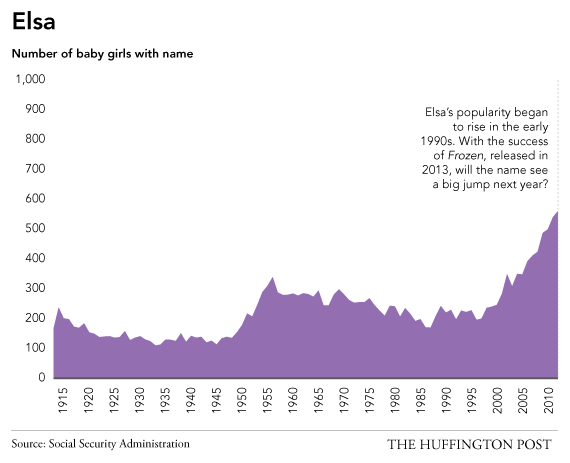 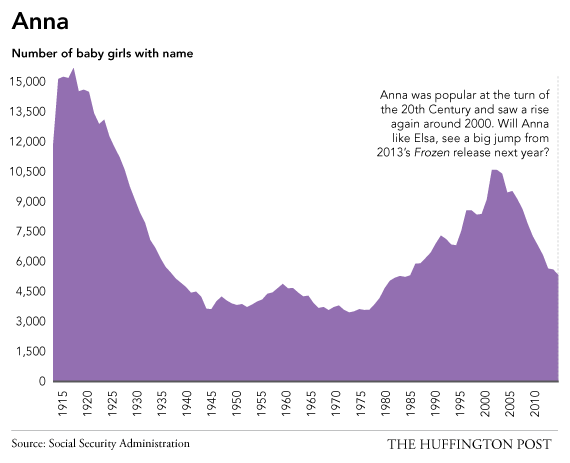