This article has been co-written with Michele Sinisgalli-Yulo of Princess Free Zone. 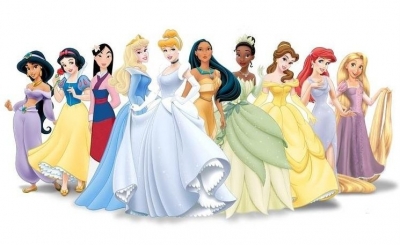 In honor of this being the First Annual National Princess Week, we've got a few things to say!

So much has been written about Disney, girls and their love of all things princess, but it's time to address the epidemic of inflamed comment threads we're seeing that pit moms against each other over this topic in a rather unhelpful way. It has us a bit confused, and more than a little concerned. I suppose because we're both in our mid-40's, we can remember a different era than can be recalled by younger mothers today. Yes, we remember being children and reading Disney books, seeing Disney movies in the theater and pretending to be princesses.

But we also remember how relatively small a piece of girlhood real estate was owned back then by the Disney Corporation, before the year 2000's marketing blitz that led to the creation of the four-billion-dollar "Princess franchise" and, ultimately, the onslaught of over 26,000 Disney princess items currently being sold in the children's market. It is no secret that Disney's highly profitable, widely accepted, corporate-created definition of what it is to be a girl has become the norm. Our concern is that this new princess culture offers a one-dimensional and very limiting representation of femininity.

Newspaper articles, books and blog posts about princess culture abound, but it is often the comments that drive the grittier narrative. Let's look at some typical comments taken from recent blog posts:

"I do not understand the concept of not allowing little girls to believe in the princess story. Let kids be kids and believe in fairy tales. People complain that kids grow up too fast these days, well this is one of the reasons why. Forcing adult ideals on children. When they are young let them believe in happy endings and being rescued by prince charming. As they get older, then you can teach them to take care of themselves."

"You are a sick human being if you are 'fighting' the pull for little girls to be girly. Every little girls WANTS to be a princess and/or beautiful. Do you want your daughter to be like a boy?!"

"Really?! Is it really that big of deal? I am a child from the 90s where everything was gender based. Don't you have better things to do with your time? There are bigger problems in the world."


Why such backlash to the idea that there might be something detrimental about such a narrow definition of what it is to be female? We are amazed at the number of parents who assertively contradict the facts of history -- saying there is nothing new here when this is not how it has always been. The angry push-back to the notion that a little bit of princess is OK, but that complete immersion in all things princess might not be the healthiest thing for girls, is at times breathtaking in its knee-jerk defensiveness and, dare we say, intellectual laziness.

Fortunately, there are a rising number of moms (and dads) who are beginning to think critically about this aspect of pop culture, about media literacy in general and about the emotional well-being of girls and their futures as young women. Let's look at some of those comments:

"I spend a lot of time these days un-teaching the things my daughter learns from her peers at school -- girls wear dresses all the time, pink is for girls (and only girls, and if you aren't wearing pink you might not be a girl!), etc. I am really concerned that when the girls in her class grow out of their "cute" princess phase, then sexy is the only place left to go."

"I can imagine how the Suffragettes felt. They had a clear image of what they wanted, and confronted people who didn't even think there was a problem. I have sons, and don't want them growing up with some of these kinds of images of girls. It's so hard."

"This is such a difficult subject. I feel like I'm facing an uphill battle on so many fronts. It's hard to not feel like a hypocrite when many of the things I don't want for my two daughters I've fallen into myself. I worry about how I look, and sometimes I find myself judging other women. I'm telling my kids, 'Do as I say not as I do' which I've always felt is pretty lame. I do worry about being sexy and getting old although I know I'm not."

Most parents want their daughters to grow up in a world that takes them seriously. Unfortunately, enabling them to spend huge chunks of their childhood fantasizing about Prince Charming, ball gowns, tiaras and makeovers, while showering them with all those "You're so pretty!" comments, presents obstacles to this goal. While it all may seem harmless, we believe that this new skin-deep world of girlhood undermines young women's self-confidence down the road. As parents, we need to start asking why women are so grossly underrepresented in politics, the media, the boardroom and in STEM fields, and to proactively raise our girls to believe they can become these women.

From gender-segmented toys and aisles to strictly gender-segmented preschool play, childhood looks very different for today's girls who learn early that there are many rules for how to be a girl. Where does this leave the girls who are not super-feminine, don't enjoy princess birthday parties and like to play with boys? It's not about anti-girly, anti-pink, anti-sparkle or anti-princess; it's about anti-limitation. 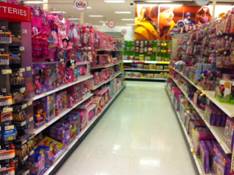 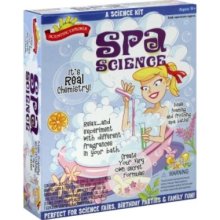 The fact is that girls are not biologically destined to like pink (or boys blue), nor are they all the same. Not all young girls are thrilled with wall-to-wall and floor-to-ceiling uber-feminine merchandise. Given all the push back against those who are trying to discuss alternatives, there seems to be too little compassion for girls who are not into this particular role-play, and who are often bullied for being "like a boy." All girls need and deserve more choices. These choices should not have to be found in packages and on aisles labeled, "For Boys!" That hurts girls who want to feel good about being girls.

To all of the parents reading this who say, "My daughter loves to wear her Jasmine costume while she's running around playing sports and collecting bugs," bravo! Moderation and balance are awesome.

To those who say, "They'll be fine. It's just a phase they'll grow out of," Peggy Orenstein, author of Cinderella Ate My Daughter, says that they may outgrow the gowns and tiaras, but that this merchandise will quickly be replaced with other commercialized items that continue encouraging girls to define themselves from the outside, in. These items, arriving around the onset of puberty, are often the teeny-tiny sexy-sexy items of clothing peddled from one end of the mall to the other and the endless counters of pre-teen make-up. Family pictures of girls posing themselves in gowns begin to be replaced Facebook pictures of girls posing themselves in bikinis. How many mothers are even aware of this common metamorphosis from princess to Lolita? When your daughter is young, it's easy to believe this only happens to other mothers. 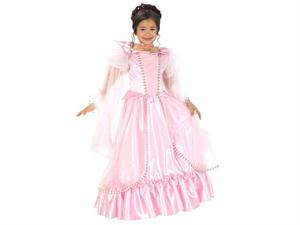 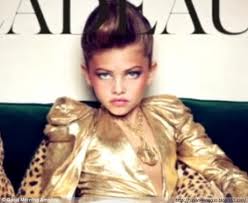 Perhaps the biggest question for us is why lots of mothers seem so personally invested in those 26,000+ items and the growing service industry sprouting up around them. Since princess culture is now the dominant culture of girlhood, does it seem so normal to today's moms that it then feels threatening to be asked to consider moderation and to actually think about the negative influences of this highly gendered marketing?

Is it also about women's own conflicted relationship with beauty, youth, femininity, popularity and happy endings in a culture that attaches so much importance to women looking hot and remaining Forever 21? Why is "princess" viewed by so many mothers as unquestionably positive, while the desire of other mothers for more "non-princess" options for girls is viewed as an attack on princess culture or even an attempt by them to "turn their girls into boys?" We really don't get it.

In light of all the internet commenters who ask some version of, Don't you have bigger problems to worry about, we ask: Why does being passionate about raising happy, healthy girls who will become confident, empowered young women strike so many mothers as a waste of time? Why does the desire for less war, less poverty, less corporate greed, less violence against women, an end to the "war on women," better education, better healthcare and greater stewardship of the environment not seem like a worthy focus for our efforts? These are just a few positive outcomes society might enjoy if future women have more political power than today's women.

We are dedicated to solving problems created for girls by the media messages they consume from birth. Boys are also affected. They learn that females are to be looked at and objectified, while girls grow up believing that their appearance and their sexiness are their most valuable and transactional commodities. Active mastery over the environment, in all its myriad forms, is now explicitly marketed as being for boys (see Legos). We suppose some may think we should spend our time addressing more serious issues like world peace, but our mission feels pretty important to us among "the many problems facing the world."

Our hope is to foster a deeper, more reflective dialogue around how to give girls the tools they need to resist the peer pressure and media messages that focus on their outsides rather than their insides -- without inspiring a defensive reaction. We see how much wonder and excitement young girls feel when they play out the Disney Princess stories, or buy the Disney Princess Spaghetti-O's (or grapes, or vegetable seeds)... 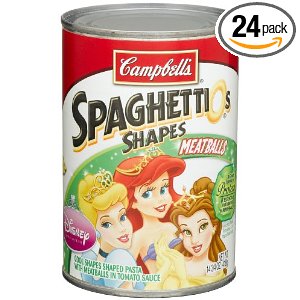 ...but can't we all agree that the more options girls have, the better? Ultimately, they need to develop not only the positive princess qualities of kindness, friendliness and modesty, but also the critically important traits of self-determination, confidence, adventurousness, and healthy risk-taking.

We simply want to take some of the power away from the corporations and give it back to our girls. Is that so awful?

Thanks for reading, and by the way, we're looking forward to the comments!

Lori Day is an educational consultant and writer. You can connect with Lori on Facebook, Twitter, or Google+.

More:
commentsParenting Parentslolitamarketing
Newsletter Sign Up
Raise the kind of person you'd like to know
Subscribe to our parenting newsletter.
Successfully Subscribed!
Realness delivered to your inbox