Sometimes art can be an impactful catalyst for change, and that's exactly how Alexsandro Palombo likes it.

In his new illustrated series -- launched Monday on Palombo's Facebook page -- Disney princesses are depicted as acid attack survivors. Burns, disfigurations and scars mark their animated faces, meshing the harsh reality of acid attacks with the innocent and lighthearted world of Disney.

Palombo launched the series with the hashtag #StopAcidAttack ahead of International Women's Day on March 8, he told The Huffington Post in a statement.

"If we just observe and stand still, then we are all accomplices," Palombo said. "And [to] be complicit means to take the side of those cowards, monsters and criminals."

(Story continues below. All images courtesy of Alexsandro Palombo. Visit his website or Facebook page to learn more.) 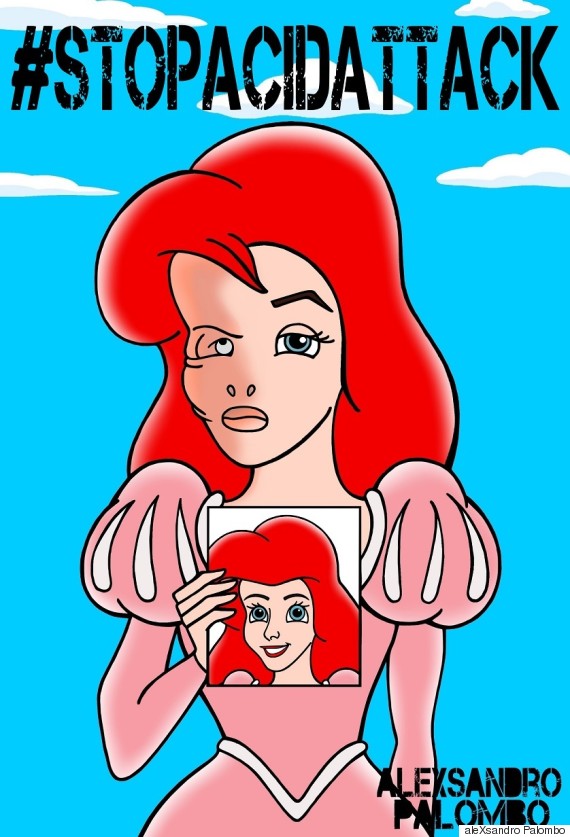 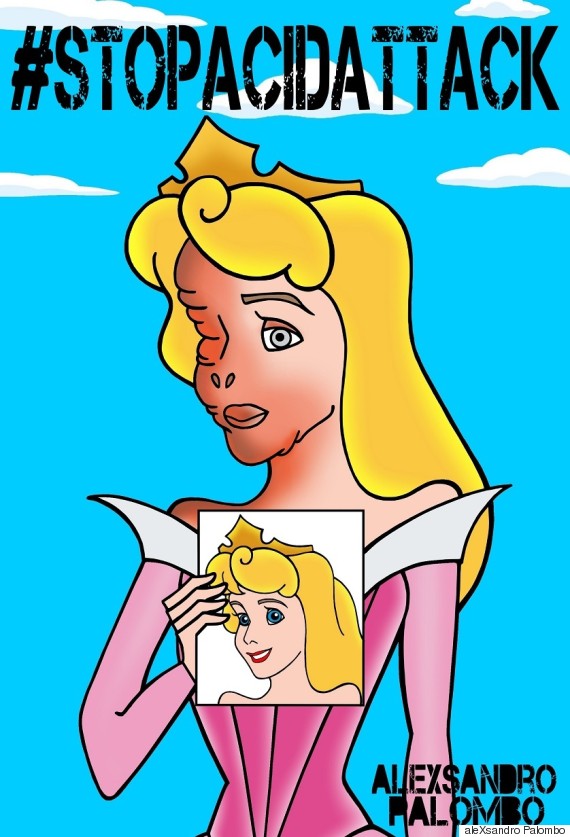 Palombo isn't alone in his fight against the cruel act, described as the deliberate use of acid to attack another person, according to Acid Survivors Trust International (ASTI). Photographer Rahul Saharan also used art to raise awareness on the issue by featuring women who've survived attacks in beautiful photos. The issue is often a gender-based crime: Experts say 75 to 80 percent of acid attack victims are women and girls, BBC reported in 2013.

An activist associated with advocacy group Stop Acid Attacks, Saharan told The Huffington Post last year he wanted to give the women a powerful platform to tell their stories of survival.

Efforts from people like Palombo and Saharan have helped protect women and elevated consciousness of the human rights abuse in regions where it's needed most. Laxmi, a survivor who was involved in Saharan's photo shoot, created a petition with 27,000 signatures demanding that India -- a country that sees an estimated 1,000 cases of acid attacks a year, according to ASTI -- reduce the sale of acid.

The initiative made it to the Indian Supreme Court, which ordered central and state governments to increase regulations on acid sales. The court also demanded the country's parliament make violators easier to prosecute. 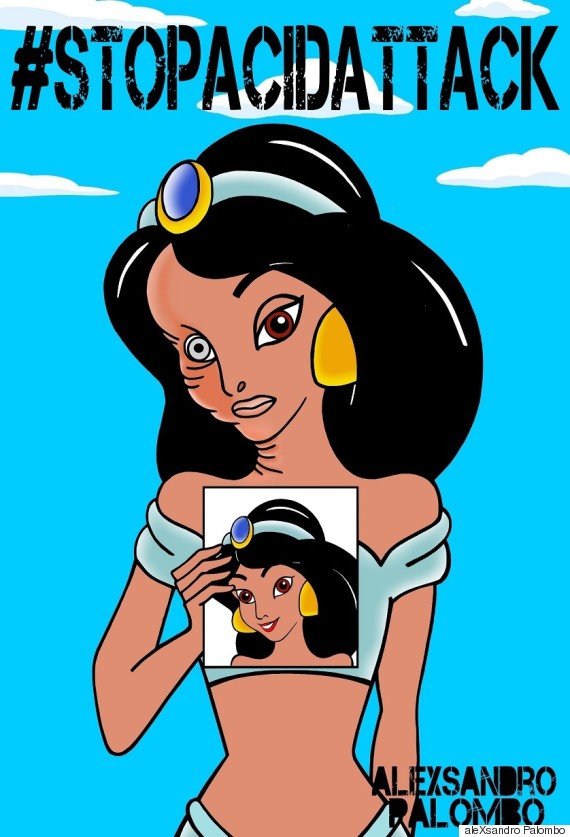 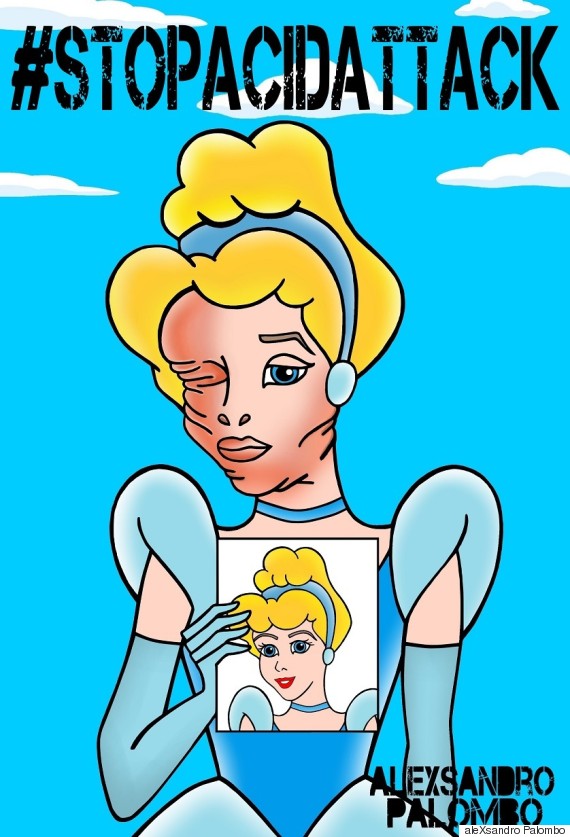 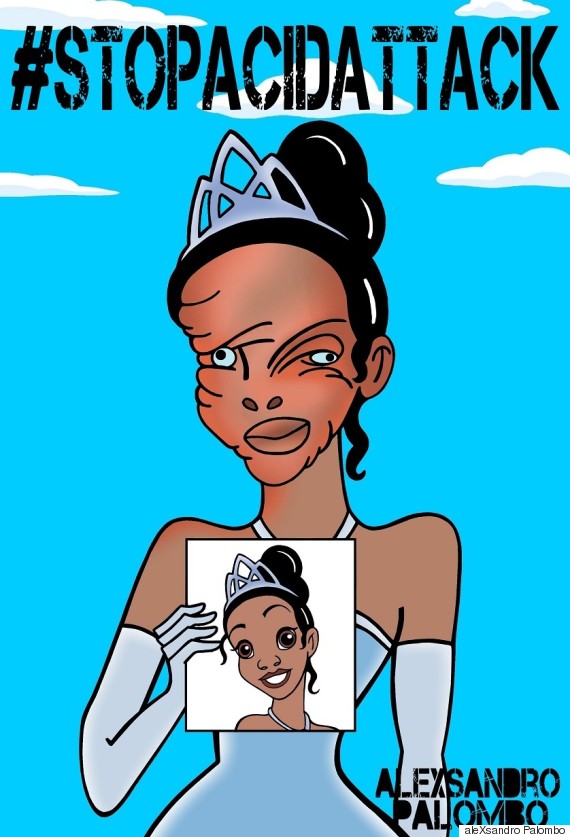 According to ASTI, acid may be thrown on women who deny sexual advances by men or refuse their hand in marriage. It can also be a tactic to dissuade women from accessing education. The Pakistani Taliban, for example, orchestrated the atrocity as a means to scare girls away from the classroom.

"We will never allow the girls of this area to go and get a Western education," Qari Muhavia, a Pakistani Taliban leader, told CNN in 2012. "If and when we find any girl from Parachinar going to university for an education, we will target her (in) the same way, so that she might not be able to unveil her face before others."

According to ASTI, there are about 1,500 cases of documented acid attacks every year, as BBC reported. And while the issue disproportionately affects women in Central and South Asia, it's a problem facing women around the world. ABC News reported in 2010 that rates of attacks in Western nations had been increasing.

Palombo -- who has also created campaigns using Disney princesses that have highlighted domestic violence prevention and disability awareness -- is aiming to change the status quo through thought-provoking imagery.

"No one should remain indifferent to such atrocities," he said in the statement to HuffPost. "Violence against women is unacceptable and must be fought always and relentlessly."

Learn more about how to join the fight against the atrocity at Stop Acid Attack's website. 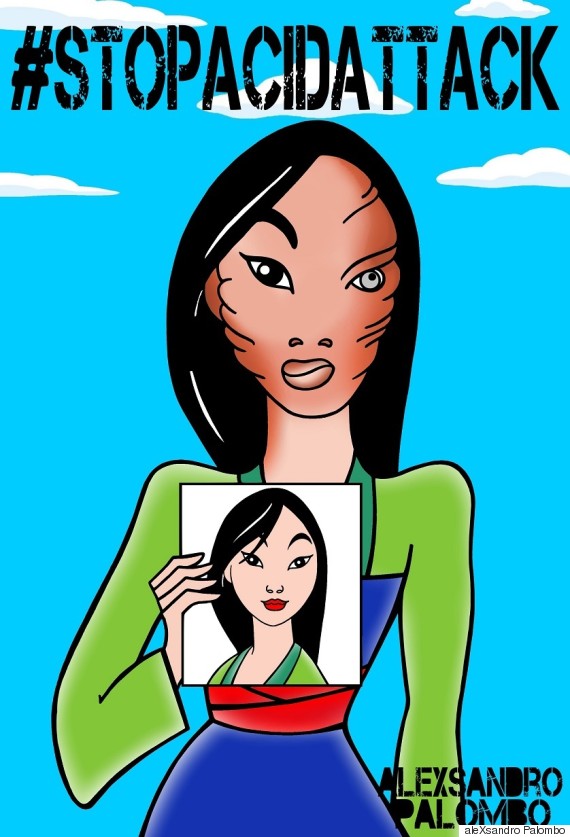 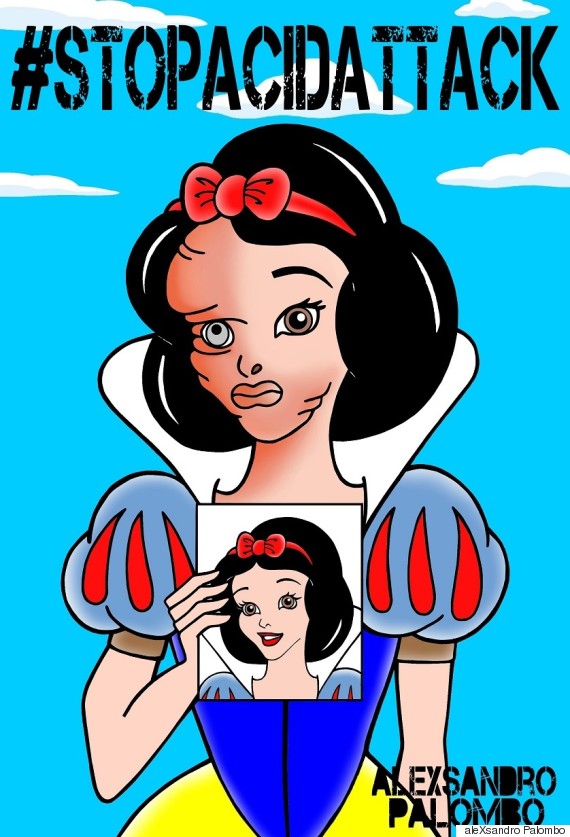