It's not too often that a young woman of color sees herself reflected in the images she views.

Yet, given some free time and a sporadic interest, one young woman has reinterpreted the race of some of the world's most beloved Disney princesses.

"So I made a bunch of white Disney characters into WOC," Lauren wrote on her Tumblr page. "Just for funzies :D"

In Lauren's blog, The Little Mermaid's Ariel, Beauty and the Beast's Belle, Cinderella, Snow White, Rapunzel and others are all reimagined as darker-hued woman of color, she writes, ranging from tawny to dark brown.

Since the introduction of the first Disney princess Snow White in 1937 through now, four of the ten Disney princesses--Pocahontas, Jasmin, Mulan, and, most recently, Tiana--have been young women of color.

Disney princesses have played a major role in American culture, undoubtedly setting standards of beauty in the minds of its young viewers.

Some have critiqued the Disney franchise of racially stereotyping these characters, pointing to stunts like African-American Princess Tiana's being featured on a watermelon candy wrapper. Others have praised what they believe to be a reinvention of the princess concept, arguing that Merida, the newest (and first) female Pixar protagonist starring in Disney's Brave, shatters the often prescribe rigid gender roles to young girls.

Then there are those critics who deem the entire Disney princess approach to gender roles as too antiquated, as written in Natalie Wilson's article on Rapunzel.

"As a woman, you can either be a princess awaiting her prince or an evil stepmother/witch; as a man, you get all the action (in many senses of the word,)" , Wilson wrote in an AlterNet article published last year . "And beauty, of course, equals white, blonde, thin and young."

While the Disney princesses spotlighted on Lauren's blog differ in skin complexion, their facial and body structures remaining the same--not to mention, the long, straight hair that most of them sport. Given the ongoing debate on the significance of hair and standards of beauty in the African American community , perhaps featuring some of these women with a natural hairdo would have deepened the message of diversity behind these images even further.

Still, Lauren's imaginative images are certainly a progressive step in a new direction.

Check out the colorful images in the slideshow below. Fun, right? 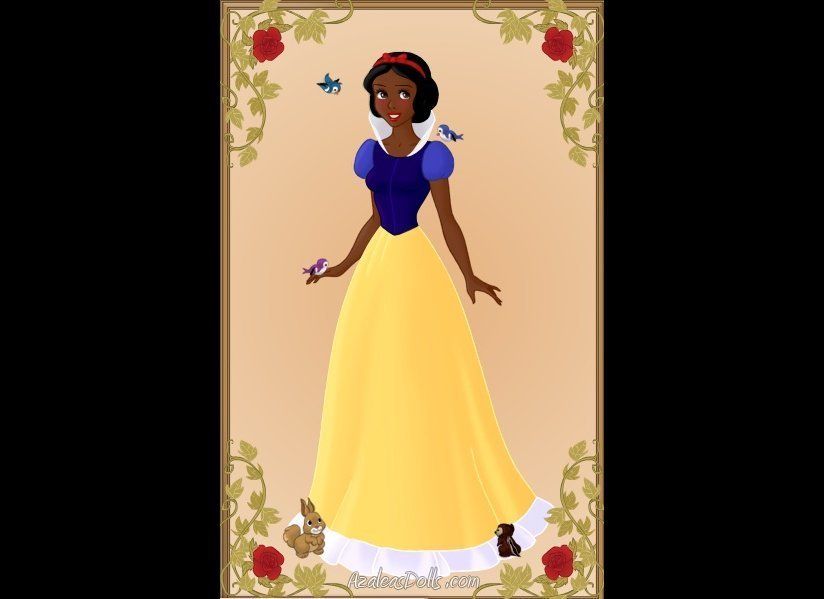