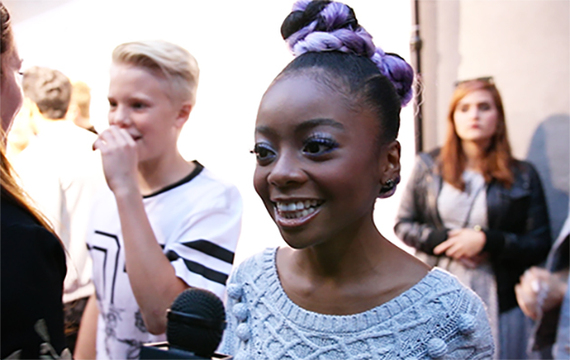 Disney star Skai Jackson has been making waves lately not only for her recent twitter exchange with rapper Azealia Banks, but also for being turned into a viral meme!

The 14-year-old took the internet by storm last month when a photo of her getting ready for an interview in New York turned into more than just a simple picture. We caught up with Skai at the Tigerbeat Relaunch party to ask how the meme came about and to have her make a new one for the internet.

Watch our full interview with Skai below!