In 1937, Walt Disney released his first feature based on a Grimm Brothers fairy tale, Snow White and the Seven Dwarfs and made a mint repeating himself for years afterward with movies like Cinderella and Sleeping Beauty. Directors Byron Howard and Nathan Greno probably wouldn't mind if you accused them sticking with Uncle Walt's formula.

Judging by the success of their last effort, Tangled, the two might be wise to do more of the same. It earned 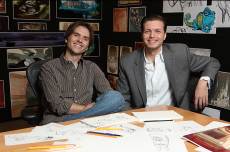 a 90 percent approval rating on RottenTomatoes.com and made back nearly twice its $260 million budget at the international box office. It comes out on DVD and Blu-Ray this week.

Tangled is a reworking of Rapunzel, where the title character (voiced by Mandy Moore) is trapped in a 70 ft. tower. The only way a visitor can come to see her is if she lowers her equally lengthy hair. In addition to providing an entrance to her high prison, her locks actually have the power to heal. That's why the impostor named Gothel (Broadway actress Donna Murphy) who pretends to be her mother keeps her there.

If Tangled varies from the Disney formula, it might be in the way that her rescuer is not a blandly handsome prince but a dashing if sometimes bumbling thief named Flynn Ryder (Zachary Levi, Chuck).

To promote the new home video release, Howard and Greno sat down for a virtual round table where my fellow journalists and I tapped out our questions, and they replied on their own keyboards. Here's how they responded to mine

(To Howard) In both of your last two projects (Tangled and Bolt), you've had to take over for another director. Was that challenging for you?

Howard: It's very challenging to step in on a project after another director has put his stamp on it. We've learned that the best thing to do is to tear the existing film down to the foundation and start with as much of a clean slate as possible. In doing that you can find the core ideas that made the films appealing in the first place. 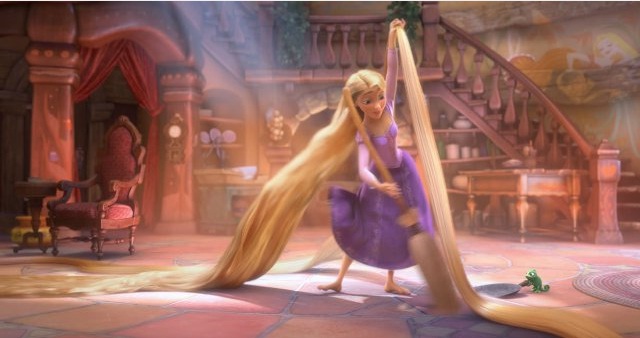 (To Greno) What was it like to become a director after having run the storyboards?

Greno: In the past I would pitch my storyboards and ideas and sometimes they would change by the time they hit the big screen. I didn't always understand why. Now I can follow ideas through start to finish. They still change... but at least I now understand why they are changing!

What artists did you consult for the look of the film? It looks pre-Raphaelite to me.

Greno: We actually looked at the classic Disney films of the 1940's and 50's! We wanted Tangled to sit on the shelf next to Alice in Wonderland, Dumbo, Peter Pan -- all of those great movies, but we wanted it to be fresh and different and modern as well. By going after a classic Disney look/style... and creating that look in the computer... we thought we could find that balance.

Greno: For Bolt, I oversaw the story department. I worked with a team of artists -- we came up with story and character ideas and sent them on to the next department. On Tangled, I am one of the directors. I now get to follow those story ideas through the creative process. I love my job. I still get to storyboard from time to time... I'd never want to give that up.

Do you think that home viewers will miss out on some of the delights of seeing Tangled on the big screen with all the bells and whistles?

Howard: The Blu-Ray looks extraordinary, so beauty-wise, I think the experience will echo the theater experience nicely. I do think there will always be something about viewing a film in an audience, hearing people all around you laugh, cry, and react to the story playing out in front of you. It's a social, human thing that I don't think will ever go away completely.

How did you two divide your directing tasks?

Greno: We mostly didn't! We tried to stick together as much as we could. We are both better in different areas... but we like to be there in the same room to challenge each other. We want to make all of our decisions the best they can be. We work best as a team. It brings us the best results on screen.

Where did you folks find Donna Murphy? She stole the show.

Why do you think you were able to get boys interested in a "Disney Princess" film? 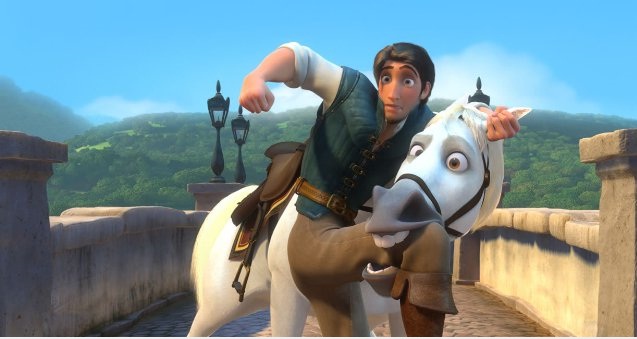 Why do you think it's easier for some to look at stylized characters like the ones in Tangled instead of the motion capture ones like in Polar Express?

Greno: I personally enjoy the more stylized design because it's not reality... if done well, it's better than reality. You have more control over the appeal of the characters. I see the real world every day, it's fun to watch a movie and be taken on a journey that feels believable... but isn't real. It's all a matter of taste, but I really like stylized characters better. It's just more fun.