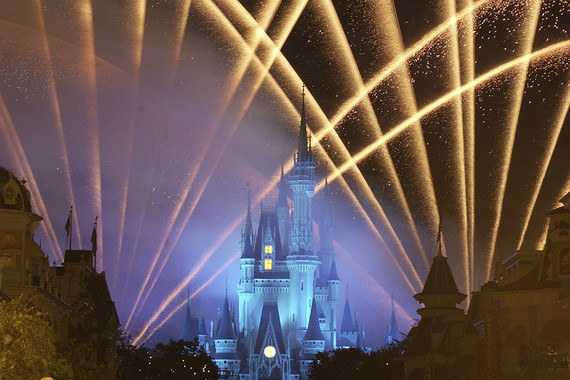 Looking to celebrate the end of summer with a bang? Check out these spectacular Disney World deals that are available for only a short time.

Receive reduced rates on rooms, a kids package for younger travelers, and various discounts for people who have served in the US military. This way, you can experience a world of Disney magic and adventure with the ones you love while also getting a great bargain. Mark your calendars and do not let these family vacation deals pass you by.

Save up to 30 percent on rooms at select Disney hotels by booking by August 7, 2015 for travel dates August 15 through October 3, 2015. Deals apply to many types of rooms throughout Disney's various family-friendly theme hotels. Call 1-800-775-1196 to book!

Here are the many discounts that are available for people staying anytime from August 15 - October 3, 2015:

Book a 6-night/7-day non-discounted package that includes an onsite room and a Park Hopper or Water Park Fun & More ticket by July 10, 2015 and you also get a FREE Dining Plan during your visit. For stays at select Disney Moderate, Disney Deluxe or Disney Deluxe Villa Resorts, families can take advantage of a diverse range of delicious options including sit down meals and snacks with the Disney Dining Plan at no additional cost. For stays at select Disney Value Resorts, families can have fast meals on the go with the Quick-Service Dining Plan. This offer is good for most arrival dates from August 28 - October 2, October 25 - October 31, November 8 - November 19 and December 15 - December 21, 2015. Call 1-800-775-1196 to book!

For some unforgettable family fun to end the summer, book a 2-day/3-night stay in a standard room at Disney's All Star Resorts and enjoy theme parks tickets valid for one park per day, all for just $899. This package is designed for families of three, two adults and one child, and is good for travelers booking through August 7, 2015 for stays from August 16 - September 10, 2015. For families visiting in June, take advantage of the Preschool Summer Package instead. Call 1-800-775-1196 to book!

Members of the US military are eligible to receive Disney 4-Day Military Promotional Tickets for only $177 from now until October 3, 2015 when they book through September 30, 2015. The Park Hopper Option is a part of this deal, so each of the four theme parks can be visited during any of the four days. There is also a Water Park Fun & More package that can be added for an additional $30 plus tax.


With these amazing discounts, there's plenty to work with when planning a late summer/early fall Disney getaway. So what are you waiting for?

Jordan Estrada contributed this to MiniTime. He is a freelance travel writer from Southern California who spends him time gardening, studying music and performing with his band.

More from MiniTime:
Disney World with Three Generations
Doing Disney World on the Cheap
How to Make the Most of Your Disneyland Getaway
Special Fall Offer at Aulani, Disney Resort & Spa