Once upon a time, back in November of last year, the New York Times reported that the Walt Disney Company and Google's YouTube had struck a deal: the pair would spend $10 million to $15 million to create an original video series that would be featured on Disney's YouTube channel.

An awesome added bonus: Disney would feature full-length episodes from some of its most popular television series on YouTube -- for free.

According to an AllThingsD report on March 5, this part of the agreement just recently went into effect. In the last few days, full-length episodes from Disney original series like "The Suite Life of Zack and Cody," "The Proud Family," "Hannah Montana," and more have cropped up on Disney's YouTube channel. Right now, there's a total of 67 uploads. 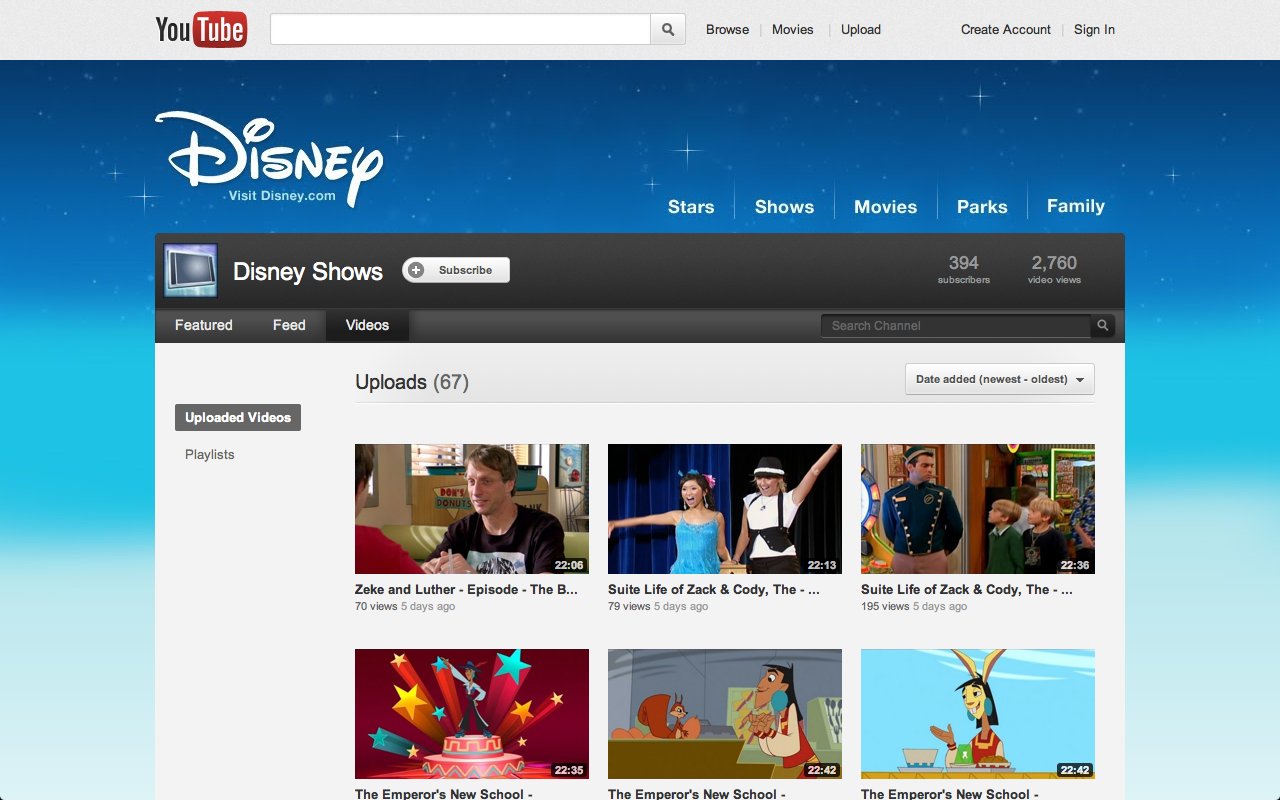 The Verge pointed out that the original content Disney said it would be creating for YouTube -- a webseries based on the mobile app "Where's My Water?" -- has yet to pop up on its channel alongside the company's full-length television series episodes; however, Disney has uploaded nearly a dozen of its minute-long "Last Minute Book Reports" videos, a series also run as podcasts on its website.

This news may be exciting for some older Disney fans who have likely grown up to be savvy web-users (and might feel a bit nostalgic...). Along with more recent TV hits, Disney's YouTube channel features episodes from long-lost, off-air series like "Lizzie McGuire" and "Even Stevens," which had been popular in the early 2000s. But, unfortunately, there are only a few of each of those so far.

To find out what other shows you can watch on Disney's YouTube channel, check out its playlists. Which show are you going to watch first?