Recently, a video about a transgender child in California named Ryland Whittington went viral. It is beautiful and moving and shows the power of unconditional parental love:

I think it's time to put these misconceptions to bed.

1. Children are too young to know these things or make these decisions.

The overwhelming consensus of the psychological community is that gender identity is formed by the age of 2 or 3. The consensus of the medical community is that sexual dimorphism of the brain occurs in utero as a result of exposure, or lack thereof, to androgens. In other words, gender identity and expression are determined before a child is even born. It is only at 2 or 3 that they can express it.

Even those psychologists who push for "reparative therapy" to "normalize" gender-nonconforming children acknowledge that if a child is still asserting a particular gender identity at the age of 6, the odds of it changing are exceedingly small.

2. You are whatever your bits say you are.

In utero, the reproductive organs develop and differentiate earlier than the brain does. When the brain later develops in ways that typically differentiate between male and female, it is based on whether or not the androgens are present and received. Usually, because the gonads are already in place and producing minute amount of hormones, this differentiation allows the brain development to match the typical pattern. When something (such as endocrine-disrupting chemicals) interferes with this process, you can get a mismatch between phenotypes.

A person's sense of self and their gender identity and expression are based on what's between their ears. Who you are as a person is defined by gray matter, not by genitalia.

3. Gender-nonconforming behavior and identities are a result of something the parents did.

Usually this line of attack is meant to imply that the children grew up in a broken home, or that somehow the parents were gender-nonconforming or ultra-liberal or somehow encouraged it. I have spoken with many parents of transgender kids who live in conservative, religious, two-parent military families with both parents filling stereotypical gender roles. Wayne Maines became an advocate for his transgender daughter and transgender children nationwide despite previously having a very conservative philosophy and values that suggested that transgender children did not exist. Watching his child grow, he could not deny the fact that she was indeed a girl, not a boy.

But these stories are all anecdotal. Let's see what research has to say about the matter:

There is no proof that postnatal social environment has any crucial effect on gender identity or sexual orientation.

4. If you just made them behave like a proper boy/girl, it would fix the "problem."

Let's look at the two of the most famous case studies of trying to "fix" gender-nonconforming children. There was George Reker's case study of "Kirk," and then there was the case of David Reimer, who was raised as a girl after a botched circumcision. In both cases, trying to cram these children into a box they didn't fit in ended up killing them.

Nearly every parent of a transgender child I have met has told me that they reached a point of acceptance when they realized that they had a choice: either accept their child or lose them altogether.

5. My kid said he is an elephant. Does that mean I should put him on an all-peanut diet? No! These parents are just being indulgent of a child's fantasy.

We've already discussed that this isn't a fantasy; there are biological origins, and simply identifying as male or female is not abnormal. However, this reminds me of nothing so much as the same sort of ill-considered opinions that people have about raising other special-needs children.

It also bears repeating that the majority of parents who have children who have socially transitioned reached a point where they feared for their child's life. Suicidal ideation is common even in very young in transgender children.

I cannot say this more plainly: You do not have a right to question or judge a parent's decisions when they fear for their child's life.

6. When I was young I was a tomboy, and I didn't turn out to be transgender.

Individuals saying this sort of thing may have demonstrated some cross-gender behaviors but not a persistent cross-gender identity. This is a key difference between the two, and such comparisons represent a false analogy.

7. If you let them socially transition, you're just setting them up to be bullied.

This is another form of blaming the victim. Shouldn't we focus on preventing bullying rather than making the victim conform? We do not accept that forcing kids to act "less gay" is right. We don't like the idea that avoiding being raped is the victim's responsibility.

The parents of transgender and gender-nonconforming children aren't to blame if their children are bullied. More often than not, they are already doing everything they can to keep their child alive and happy. If blame is to fall anywhere, it more rightly belongs on those doing the bullying, and on school administrators who allow it to happen.

No. Doctors are prescribing Lupron, which blocks the onset of puberty. This drug is already being used on children who aren't transgender to prevent precocious puberty. The reason that doctors block puberty in transgender children is that forcing a transgender child to go through the wrong puberty is more or less irreversible, does permanent harm in terms of ongoing dysphoria and results in greater difficulty living in their target gender.

9. What if these kids change their minds?

For children who haven't undergone any sort of medical treatment, they transition back socially. However, after age 6 to 8, this becomes very uncommon. If they are on Lupron, they stop taking it, and puberty proceeds as normal, just as it would for a child who had been given it to stop precocious puberty.

According to Dr. Norman Spack, who specializes in this field:

[A]t the time that puberty begins -- that means between about age 10 to 12 in girls, 12 to 14 in boys, with breast budding or two- to three-times increase in the gonads in the case of genetic males -- by that particular point, the child who says they are in the absolute wrong body is almost certain to be transgender and is extremely unlikely to change those feelings, no matter how anybody tries reparative therapy or any other noxious things.

At the age of 15 or 16, if the child is still asserting a cross-gender identity, there is almost zero chance that this will change. Then, and only then, are cross-gender hormones administered.

In short, the medical and mental-health protocols are designed to only take permanent medical steps after everything possible has been done to ensure that this is the correct course of treatment. Until that point, everything is reversible. Along the way, however, steps are being taken to minimize potential harm to the patient whether or not they are transgender.

10. These kids should have to wait until they're 18 before doing anything medically (including puberty-blocking drugs).

By that time it is too late. Puberty has already given them a body that can't be easily fixed. Medical science can attempt to mitigate the harm, but at that point it is expensive and painful, and the results only partially compensate for the effects of going through the wrong puberty. In short, forcing them to wait can (and often does) cause massive, irreparable harm. 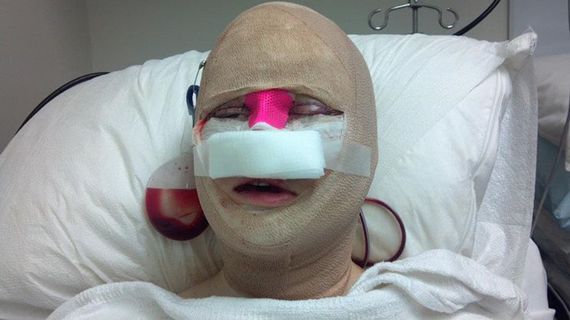 Facial surgery is only partially effective, and it is costly and painful and can require up to 11 hours of anesthesia.

11. You transgender activists want to force all these children down a medical track.

No. No. And a thousand times no. I have met the parents of gender-nonconforming kids. These kids may express themselves differently but do not have a cross-gender identification (e.g., they are a boy who identifies as a boy but likes things that are gender-stereotyped as more feminine). I absolutely do not want children who are simply gender-nonconforming going down a medical track.

What parents of transgender and gender-nonconforming children want is the same thing that every other parent wants: for their children to be happy, safe, loved and protected. If medical care will help their children go out into the world with every chance of achieving their potential and having a fulfilling life, then they will fight tooth and nail for it.

It's what any good parent would do.