Airstrikes destroyed multiple medical centers in Syria Monday, killing dozens of civilians and leaving tens of thousands without health care. Both Russian and Syrian warplanes operate over the region.

The strikes occurred amid discussions of a cease-fire to be implemented by Thursday. On paper, the cease-fire deal made last week by members of the International Syria Support Group -- most notably Russia and the U.S. -- is an unprecedented diplomatic success: they agreed to a "cessation of hostilities" and to expand humanitarian aid in the region. But the details of the deal are not promising.

Russian President Vladimir Putin and Syrian President Bashar Assad have little reason to abide by the terms, given the military imbalance on the ground. They also have several ways to work around them. Diplomacy will not survive first contact with military reality in Syria, unless the U.S. and its allies take concrete steps to ensure the regime and its backers cease all hostilities and allow humanitarian assistance to move freely.

Deal or not, Russia and the Syrian regime have no reason to voluntarily jeopardize their recent gains or slow their momentum.

In the days before Feb. 18, the ISSG will "elaborate modalities for a nationwide cessation of hostilities" -- that is, it will try to determine how exactly to implement a cease-fire based on the goodwill of the dominant belligerents, Russia and Iran. In the meantime, the regime and its backers will continue targeting opposition forces in northern Syrian's Aleppo province, with the aim of surrounding them in Aleppo city and severing their supply lines.

The main supply line from Turkey to Aleppo city has already been cut, giving the regime control of humanitarian aid flows through that area. In other words, the regime can effectively continue to besiege rebel-held areas. None of the regime's international opponents have the leverage to force it to do otherwise.

On Feb. 18, the regime and its backers might adjust their tactics, but hostilities will almost certainly not cease. The plan essentially locks in place the opposition's weak position in Aleppo. Above all, there is a critical clause in the ISSG agreement that effectively gives the regime a free pass to continue the war: namely, the cease-fire will not apply to the so-called Islamic State and the Nusra Front. The rebel landscape in northern Syria is immensely complex, with the Nusra Front often reportedly coordinating with and dispersing among mainstream opposition groups, including some U.S.-backed ones.

Assad and Putin can target any opposition group they please, claiming the group is fighting alongside the Nusra Front.

Assad and Putin can target any opposition group they please, claiming the group is fighting alongside the Nusra Front. Russia has repeatedly bombed U.S.-supported opposition groups, claiming they were terrorists. The U.S. protested but did nothing, allowing Russia to stay its course. Even if the regime goes after the Nusra Front itself, this would be an internationally sanctioned war against a powerful anti-regime force, even as other rebels would be surrounded and banned from fighting the regime. Under the circumstances, that would constitute a net loss for the opposition.

The "Nusra Front clause" will also allow the regime and Russia to look beyond Aleppo. The nearby province of Idlib has a strong Nusra Front presence in addition to the powerful insurgent group Ahrar al-Sham. Russian media has described Ahrar al-Sham, which is not a United Nations-designated terrorist group, as "affiliated" with the Nusra Front, building a rationale for attacking them. The regime and its backers would further exploit the cessation of hostilities to set their sights on rebel supply lines in Idlib. This will cut off the rebellion's last border crossing with Turkey, placing the entire opposition in the north under siege.

The regime is unlikely to restrict these strategies to the north. In recent weeks, it has stepped up air strikes in southern Syria, where sieges are a common regime tactic. According to the website Siege Watch, the regime has 42 areas under siege or threat of siege in the Damascus area alone. Just as in Aleppo, the ISSG agreement depends on the regime to allow the passage of humanitarian aid into besieged territory. And as in the north, the Nusra Front has a significant presence in southern Syria. The regime is just as likely to use Nusra Front as a cover to attack all insurgent groups.

The regime and its Russian and Iranian backers are on track to overwhelm the insurgency in the north and south.

The regime and its Russian and Iranian backers are on track to overwhelm the insurgency in the north and south. ISSG deal or not, they have no reason to voluntarily jeopardize their recent gains or slow their momentum, even if it applies some window dressing to its strategy under a "cessation of hostilities."

Just hours after the ISSG was announced, Assad said his government forces would try to retake all of Syria "without any hesitation," but that the involvement of regional powers meant that "the solution will take a long time and will incur a heavy price." He faces no military pressure to do otherwise and no credible threat of punishment if he violates and exploits the agreement's terms.

Given their interests and capabilities, the regime and its backers' smartest strategy would be to reject the agreement, openly violate its terms or exploit its weaknesses by disguising their war on the opposition as a war on the Nusra Front and other "terrorists" of their choosing. 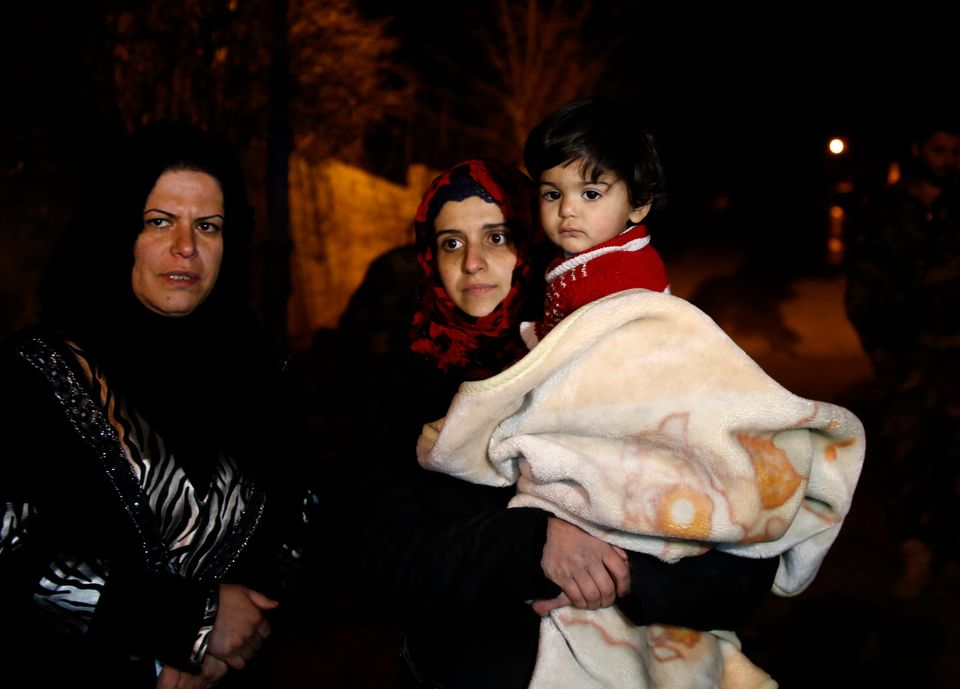 1 / 7
Hunger and Starvation
<em>The plight of Syrians besieged in the town of Madaya prompted an international humanitarian response (AP Photo)</em> <br><br> Hunger, starvation, and extreme malnourishment present existential threats to millions of Syria's most vulnerable people. <br><br> The young, the elderly, and the infirm are all particularly susceptible to the effects of malnutrition, which can stunt the growth of children, and exacerbate chronic medical conditions. <br><br> <a href="http://www.unicef.org.uk/" target="_blank">Unicef</a> deputy director Lily Caprani told HuffPost UK about the effects long-term malnourishment are having as the Syrian conflict enters its fifth year. She said: "There’s hunger in the short term, and then malnutrition over the longer term severely and in some cases irreversibly damages children’s development, so a child who at the age of two or three is undernourished can physical stop growing. <br><br> “Unfortunately there are some cases where that cannot be undone. We’re trying to stop getting it to that stage." <br><br> Unicef continues to work in Syria, and it estimates it has helped the majority of those who need help in accessible areas. That still leaves as many as two million out of reach of aid, however. <br><br> Towns which are besieged by fighting are particularly difficult to access. In one example, the situation in the Syrian town of Madaya, north west of Damascus, had become so dire that the UN estimated 400 residents needed to be immediately evacuated to receive life-saving treatment. Their conditions related to extreme malnourishment and starvation, as well as medical conditions. <br><br>
ASSOCIATED PRESS