It's not often that one gets to spend an evening with the "Queen of Burlesque," Dita Von Teese, but the other night at La Maison Cointreau, a nineteenth-century townhouse in Greenwich Village that boasts French boudoirs, lavish libraries and a cocktail lab reminiscent of the apothecary of yesteryear, I had that very opportunity. From chatting demurely with the iconic sex goddess to watching her perform her signature feather fan dance, I scored some tips for the everyday woman to channel a little Dita, if she so chooses.

Known for her burlesque performances, diehard dedication to 1940s fashion and sex kitten persona, Dita is also a "savvy businesswoman" and mistress of her own domain... which is Dita. Before personalities became a dime a dozen, she rose to fame by creating an alter-ego, living out her fantasies with no apologies. In a world saturated by illusion, where we have the power to make and remake ourselves in various iterations -- whether socially, at the workplace, or online -- it's easy to appreciate Dita's mass appeal. She's a tableau vivant, and has built an empire out of the art of performance. So how can the everyday woman connect with her inner Dita? "Embrace the spirit," she tells me. "It might not be politically correct to lift sexual taboo, but just do it! Sexual fantasies are liberating!" (I'm no stranger to living out sexual fantasies, and agree wholeheartedly.)

On the subject of women, Dita admits that physically, we are "held to a different standard than men." While the impossible beauty standards that define a brand of femininity our culture pushes on women can be infuriating, belittling and dangerous, it's also important to remember that we are all agents of our own bodies and the identities we create through them. For Dita, to be feminine is "to enjoy everything about being a woman." The vixen advises us that we have "all the tools within ourselves" to attract others, explaining that "seduction is about bringing someone into your world." But what world is that, I must wonder? Is it all smoke and mirrors? If the answer is yes, what's so wrong about that? Aren't we all self-creations, anyway? 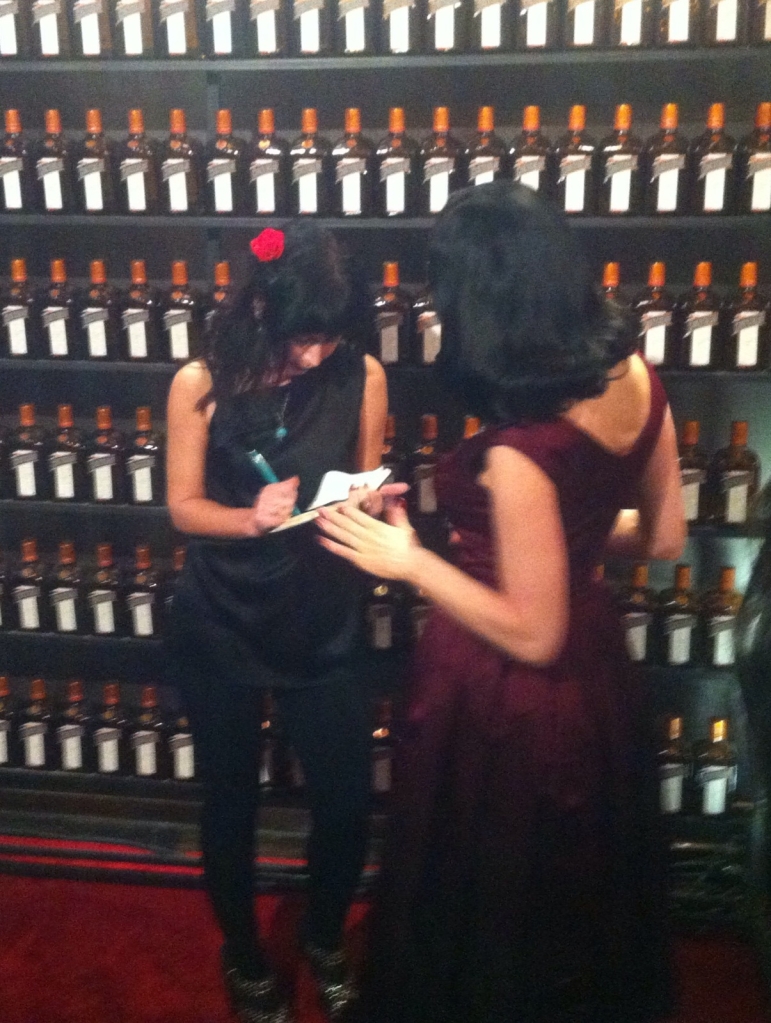 Before we get too cerebral, here are her final tips on how to be a seductress: "Lingerie is a must. Women have so many options, but it's good to invest in a good set that should include a bra, panty or thong that should be worn OVER the garter belt. Every woman looks great in black. To get yourself in the mood, put on your favorite song and dance around in front of the mirror. I do it. And stay away from cigarettes and the sun to look amazing."

Being sexy isn't necessarily an exercise in attracting a partner. To this, I raise my cocktail glass and take a cue from Dita: "If you are having fun," she tells me, "You're sexy." In that case, I say there's nothing wrong with cultivating fantasy as long as you're doing it in good faith and, above all, for yourself, whoever you want that to be. I invite you all to enter the fun house. Let's play.