Below are nine beautiful examples of the diverse faces of African-American religion; each describing their religious and racial identities in their own words: 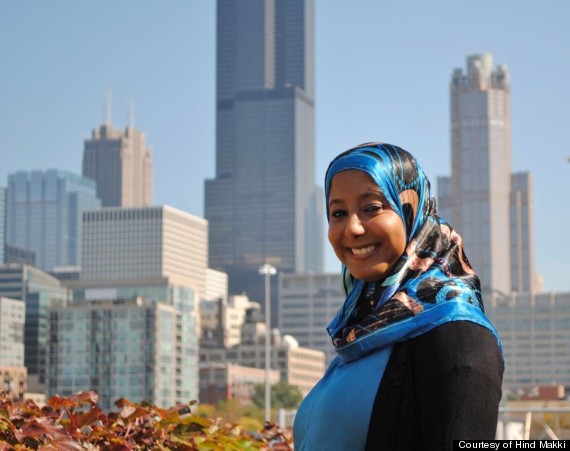 I have always lived at the intersection of being black and the child of Muslim immigrants from Africa. I was born into a family of devout, practicing Muslims. My parents immigrated to the US from Sudan in the late 70s. We developed close relationships with other families through the mosque, and my sister and I attended an Islamic high school.

American Muslims are the most racially diverse religious group in the US and the most ethnically, racially and religiously diverse Muslim community on the planet. Building community relationships with each other across racial (and sectarian) lines is still a struggle. We need to be able to talk honestly about the challenges plaguing our community. Social media is often an excellent place for marginalized voices to be heard, [and] I've been working with mosques and other Muslim institutions to reimagine how we can build more inclusive communities, especially as it relates to racial diversity and convert care. 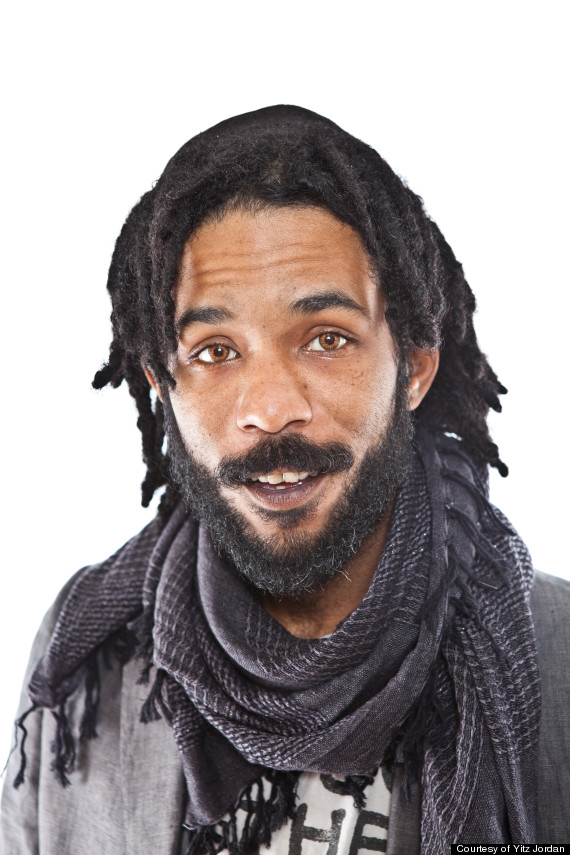 Judaism has built into it anti-racist, anti-sexist, and anti-classist teachings: "for the sake of peace, no one may say 'my father was better than your father'" is a line that has stuck with me since I first learned it. I consider myself to be "ex-Hasidic," but when I pray, I still pray in Hebrew using the same Orthodox prayer books I always have.

I'm as much a member of the Jewish, black and LGBT communities simultaneously. To me, black and gay are identities I was born with and would have to come to terms with first as a six-year-old trying to make sense of his first crush on a white boy in his class, then as a teenager dealing with homophobia in the black community, then as an adult. My Jewish identity would come not long after - from telling my mother that I wanted to be Jewish as a child, to learning Hebrew as a teenager, to conversion as an adult - but it was a decision that I made to pursue my goal of conversion. I still strongly identify with all three. 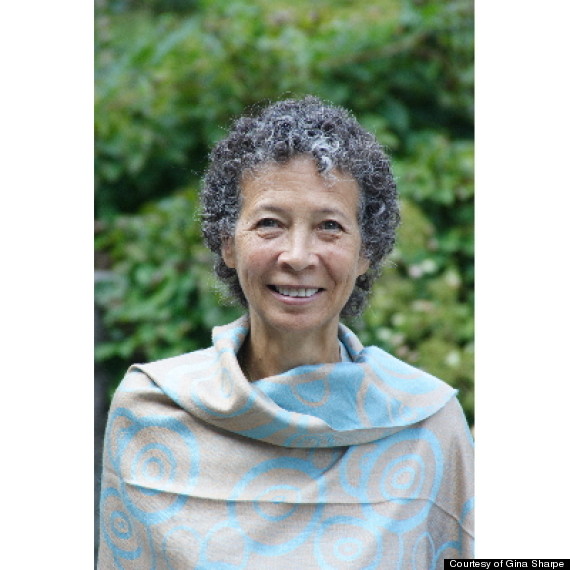 In my Buddhist faith, I am inspired by the transcendent teachings of the Buddha that point to the fulfillment of the enormous capacity of human beings for transformation from selfishness to generosity. It is a constant practice of daily meditation as well as responding with all the wisdom and compassion as can be mustered in every moment, with every being with whom I come into contact (and that includes me). As Dr. King said, "that we are all tied together in an inescapable network of mutuality, a single garment of destiny.”

In the Theravadan tradition in which I practice and teach, we recognize that people of color have not felt welcome at meditation centers because racism is for the most part, invisible and often unconscious in white communities. This has resulted in the undertaking of undoing racism workshops, creating safe spaces, practice opportunities and programs specifically for people of color. I am privileged to have participated in initiating and teaching many events for people of color and in the unfolding of the diversification of our community. 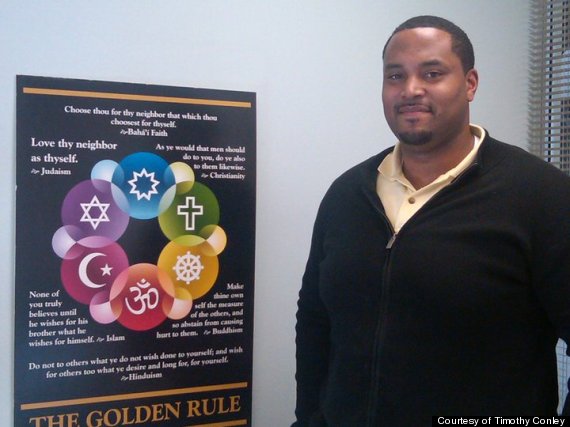 Being a Baha'i means to be in the service of God, also referred to as Allah, Creator and many other names. Baha'u'llah, the Prophetic Messenger and Founder of the Baha'i tradition teaches, "The earth is but one country and mankind its citizens." So with that belief and understanding, I go forth understanding that the true meaning of religion is to be of service to earth's citizens in a unified way.

The Baha'i community is very interesting for me. There are over 6 million Bahai's worldwide, many of whom make up small communities within a large religious community. I come from a Black Baptist Christian background, an environment where everyone I worshipped with was African-American. In the Baha'i community, I worship, pray, and serve mankind with individuals of diverse ethnic backgrounds. That's what's great about the Baha'i tradition, the promotion of this diversity. And being a part of a religion that promotes humanity and not such a focus on race, it is refreshing. 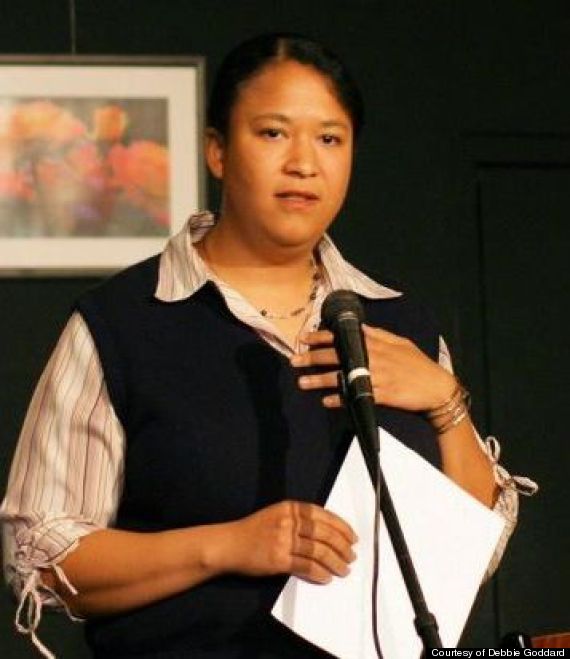 I was raised Catholic and even attended Catholic school from K through 10th grades. I occasionally attended Friday night services with my Jewish father out of curiosity. In 6th grade religion class, it occurred to me that if the Catholics were right about everything, then the Jews I knew were wrong—and might burn in hell! On the other hand, how did I know the Jews weren't right and the Catholics wrong? This made me realize that perhaps the beliefs were based on stories…and maybe there really wasn't a God.

There are times when I've felt straight-up rejected by the black community because I'm an atheist. When I tried to start a secular club in college, my closest black friends told me that humanism and atheism are harmful Eurocentric ideologies and implied that if I'm an atheist, I'm turning my back on my race. Atheism is [seen as] not just a threat to religious beliefs and tradition, but also a threat to black identity and black history. As the director of African Americans for Humanism, I'm working with others to challenge these misconceptions. As the atheist community becomes more diverse, it's getting better at welcoming people of different backgrounds and listening to people with different perspectives. I'm encouraged by the changes I've seen in the last decade, but we have a long way to go in both communities. 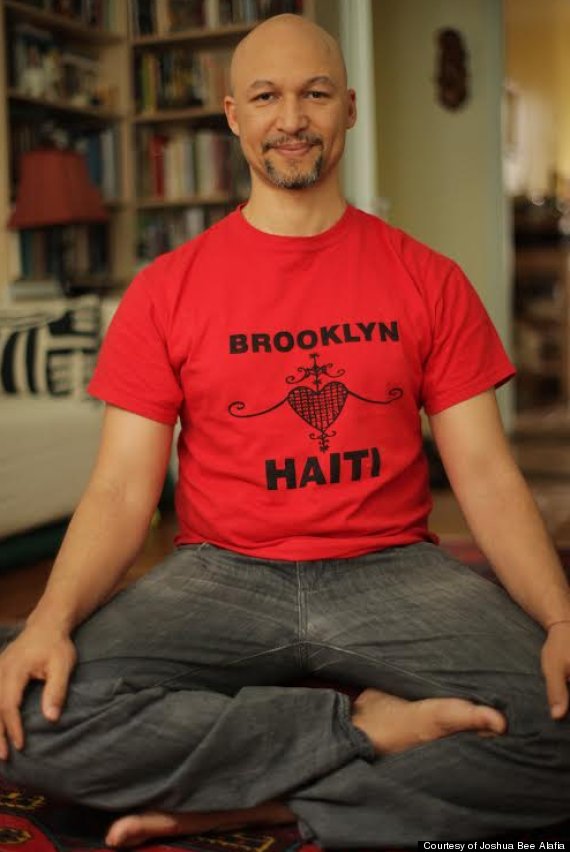 I’ve been training Vipassana (Insight) meditation for the past ten years, and when I first learned of this concept, it tickled me. First of all, is sounds like a Pan-Africanist spiritual awakening movement, blending the words Damu (blood), Umoja (unity), Moyo (heart and spiritual power), Mojo (the creolization of Kikongo “moyo) and JAH (the old testament Creator, creative power) that could have surfaced in 1972 somewhere in the African Diaspora. Thus by saying Dhammoja, I simultaneously reflect on all of traditions that have instructed my path; Rastafari, Christian Gnosticism, Kabalah, Sufism, Hiduism, Shamanism, the Yoruba and Kongolese mystical traditions via Cuba, and Tibetan and Theravadan Buddhism.

Western Buddhism has been very homogenous until very recently, and though Buddhism is a practice of liberating ourselves from toxins that cloud our interconnectedness, the people of color movement in Buddhism has created a gentler transition into the mainstream community where folks don’t have to be the only person of color in the room all of the time. 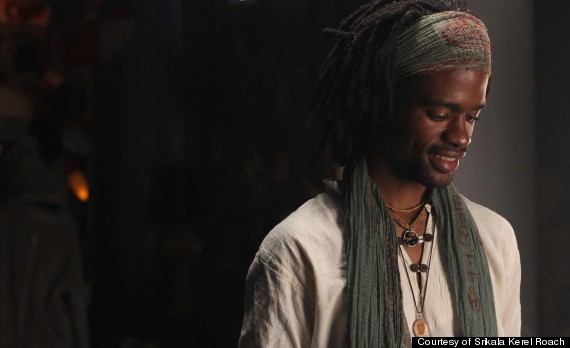 I grew up in a predominately black neighborhood in Brooklyn, NY. I started practicing [Hinduism] in 2006 having already experienced a variety of different paths, faiths and meditations. My particular path of Hinduism is called Vaishnavism or worshipers of Vishnu or Krishna. In my search for a deeper meaning of life I found that it was very important that I develop a practice that incorporated singing. Mantra meditation or Kirtan is the central focus in the Vaishnava tradition, so I felt right at home.

I found that the Vedic teaching provided medicine for the ailments of the mind body and spirit. And experiencing that transformation and sharing it is how I interact with any community. In the Vedic tradition I learned that although I am in a black body, this is just a shell that I am in that shall also pass away, and that I am the soul that goes on. My role in both [the Hindu and black] communities are the same: to give and receive love. Growing up surrounded by Reggae and hip-hop music and other genres caused me to grow to love a lot of the music that formed from the black culture. I then added that to my experience of living in the Ashram for 6 years. Now my main service in the world is music that combines the best of both. 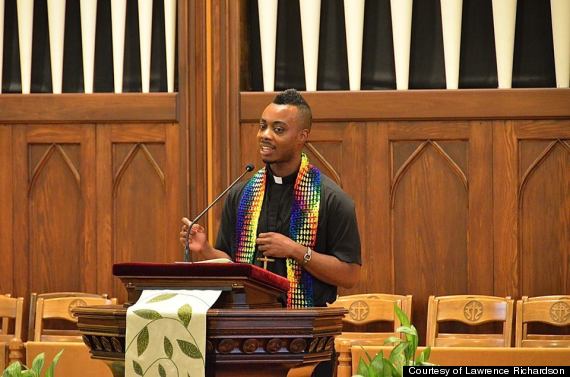 I made a personal commitment to follow Jesus Christ specifically when I was 10 years old. I aim to reflect in and through my life the commandments: to love God, to love those around me as I love myself, and to teach all nations of people about this love.

Being Black, Transgender, Christian, and Queer-identified is definitely an exciting existence and navigating each of these identities has its rewards and challenges. I wholly honor each of these parts of myself and recognize that there is a lot of groundwork that still needs to be done. Those of us who have these intersecting identities must be willing to be transparent, authentic, and patient enough to build relationships with people who may not like us or be like us in order to break down the barriers of ignorance and injustice. Until it becomes evident in mainstream society that there is nothing ‘wrong’ with being “sold out” for Christ, LGBTQ, or Black, we must be willing to be bold, public witnesses living lives consistent with Christ so the world can see the myriad of possibilities and the breadth of beauty that exists within the Community of Christ. 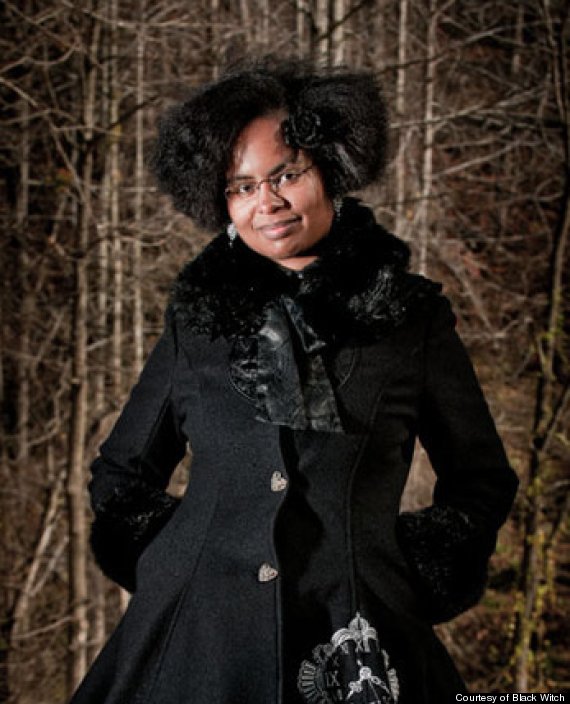 I was raised Christian, but I did not really connect with the faith no matter how hard I tried so I converted to paganism, which was a great choice for me. Being pagan means a lot to me because I feel more comfortable with the faith, and I connect to it deeply. This doesn't mean that I don't have hard times or feel frustrated by life but that I actually have a faith I actually can couch my belief in.

Black pagans can learn about themselves and their history through paganism because Pan-African indigenous beliefs are included in the scope of paganism. However, much of the black community still sees paganism as demonic somehow, and that can be frustrating to encounter. I have been practicing paganism for over 10 years now. Paganism really can be enlightening, and I don't feel very trapped or restricted to one pantheon or belief.