The future of more than 600 million acres of prime lands that belong to the collective American citizenry got much brighter today, with policy recommendations submitted to President Obama and members of Congress on Capitol Hill yesterday. A coalition of diverse leaders from conservation, civil rights, environmental justice and community organizations used the upcoming Centennial of the National Park Service (August 25) to ask President Obama for a Presidential Proclamation announcing a new, inclusive vision of conservation for the next 100 years. In tribute to the democratic values represented by our public lands, the group has launched a petition at Change.org that enables the public to contact President Obama en masse to show their support. 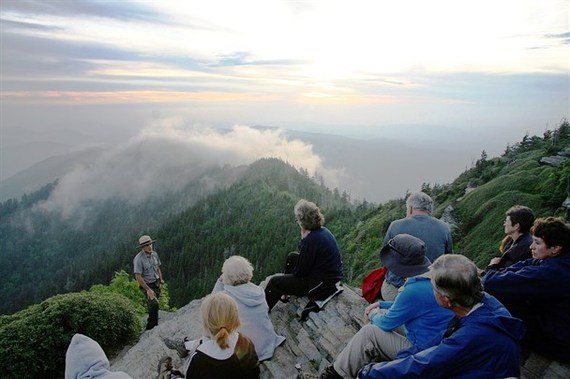 A most beautiful sight - a park ranger leading a tour in Great Smoky Mountains National Park at sunset. Gatlinburg photo.

Keenly aware of the responsibility to future generations laid out by the founders of the National Park Service to "preserve unimpaired the natural and cultural resources and values of the National Park System for the enjoyment, education, and inspiration of this and future generations. . ." the coalition recognizes that cannot happen in the current system where the fastest growing demographic groups are unaware of public lands.

According to the US Census Bureau, by 2043 a majority of our country's residents will be people of color. Yet an Outdoor Foundation study found that 73 percent of Americans who participated in outdoor activities in 2014 were white. More than half of all American newborns are non-white, and by 2020, half of all youth will be of color.

Frank and I are proud to be part of this coalition led by Americans of African, Asian, Hispanic and Native descent with diverse areas of focus from outdoor recreation to climate change adaptation. Having worked alongside many of these leaders for more than two decades, it's hard to overlook the irony that the survival of our system may come from the actions of this demographic group whose interest in the outdoors and environment has long been dismissed as nonexistent. 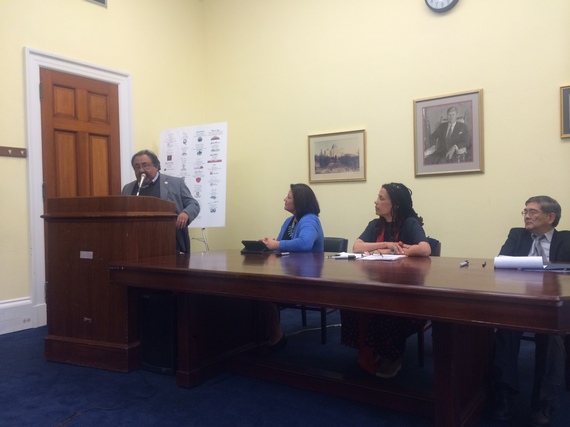 Congressman Raul Grijalva speaking at the Press Conference ahead of, from left Maite Arce, Carolyn Finney, PhD and Mark Masaoka.

"The nation's changing demographics, coupled with the threats of climate change, increased energy development and partisan attacks on clean air, water and public lands, requires the urgent engagement of all Americans in the use and protection of the nation's national parks and other public lands..." reads the coalition's policy paper.

Clarence Fluker, Deputy Associate Director for National Parks and Youth Engagement for the White House Council on Environmental Quality keenly observed the proceedings, and Palomar Aguirre, a NOAA Fellow in Senator Corey Booker's office met with us to express the Senator's interest.

". . .we ask President Obama to issue a Presidential Memorandum on the Centennial of the National Park Service (August 25, 2016). . .This Executive Order should emphasize the need for the Department of the Interior and the U.S. Department of Agriculture to adopt guiding priorities for a more inclusive approach to conservation of our public lands including a full reflection of the faces of our country; a respect for different cultures, histories & approaches; and a responsibility to actively engage all people.

"In this directive, the President should also call for the appointment of an Action Committee/Ombudsperson across the land management agencies, which would oversee incorporation of these principles -- and accountability to the public in the management of America's system of public lands and waters. . ." 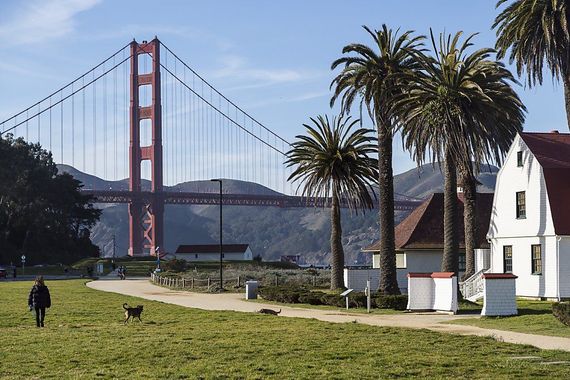 The Golden Gate National Recreation Area includes the Presidio of San Francisco where the African American Buffalo Soldiers were bivouacked at the turn of the 20th Century before riding off to protect Sequoia and Yosemite National Parks.

Hashtag for the campaign is #InclusiveVision4Next100. I am so happy to be part of it.

The turning point for our public lands that is under siege by some members of congress and development interests could depend upon the extent to which all those who care about the future make the decision to support the Change.org petition. Documents on the petition site lay out the issues and recommendations to correct them along with a list of coalition members.