Yet when you take a look at the leaders of the nation -- the politicians who, representing the electorate, influence public policy and make the decisions that impact every American's life -- you'll find that they are predominantly white and overwhelmingly male.

Only 8 percent of Congress is African American, for example. There are also only two Congresswomen for every 8 male representatives.

A new infographic by Lee & Low Books is showcasing these staggering statistics and more, highlighting the jaw-dropping diversity gap that still exists in American politics: 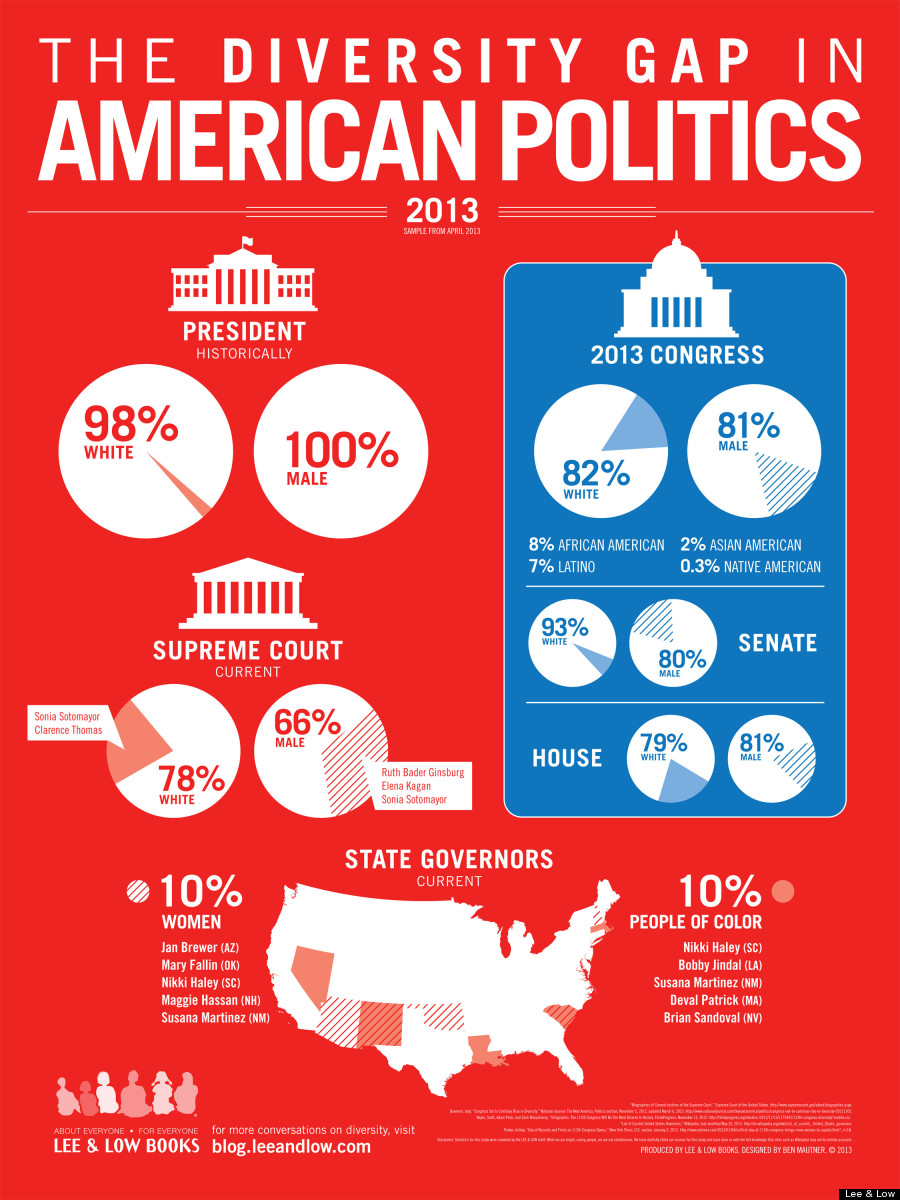 The infographic is part of Lee & Low Books' "Diversity Gap" study series. The company, an independent children’s book publisher that specializes in diversity, has previously released infographics about the diversity gap in the Emmy Awards, the Tony Awards and the children's book industry.

"The Diversity Gap studies show a distinct, societal problem that pervades entertainment, media and even our government," a spokesman for the company told The Huffington Post Thursday. "The problems of representation, inequality, and social justice all stem from not having a seat at the proverbial table. But there are a lot of people who just don't think there's a problem -- and you have to admit that there is a problem before you can attempt to fix it. While some would argue that we live in a 'post racial society' and discussions concerning race are past tense, why do the numbers look like they do?"

"Each study we do strengthens our argument that the diversity gap exists," he added.

According to a post on Lee & Low's blog, gerrymandering, discriminatory voter ID laws, low voter turnout rates, campaign finance rules that favor corporations and the wealthy, as well racism and sexism, are some of the major driving forces behind the government's lack of diversity.

"Inequality in the representation of women and people of color is an entrenched societal problem," the blog states. "The million dollar question is: Do US leaders and citizens have the will to make the necessary changes to fix government and make it an apparatus that works for all people and not just a chosen few?"