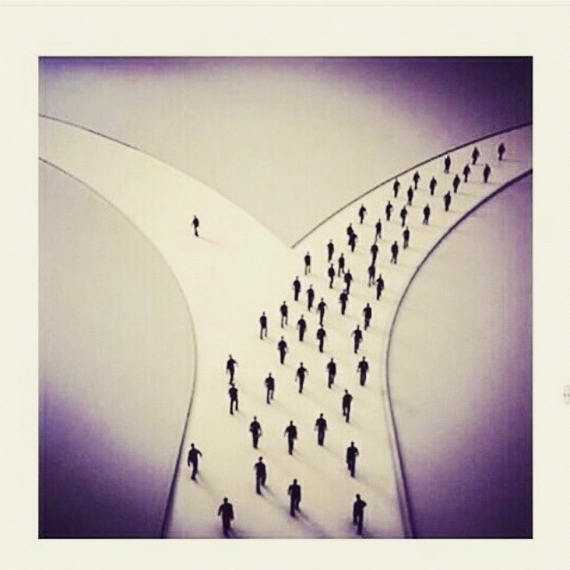 Last month, I traveled to Austin for the South by Southwest (SxSW) Interactive Conference to host a Culture Design Meetup. I was thrilled to see the emphasis on diversity with sessions like "Building Inclusivity," "Why Diversity Can't Be Built in a Day," and "Breaking Down Unconscious Bias."


Ever since tech giants like Google and Facebook went public with their diversity numbers, the diversity-and-inclusion-in-tech alarm bell has been sounding in the media.


Here are some examples to put it all into perspective:

The diversity problem is BIG and it's SLOW to change. So what is being done about this?


At SxSW, the panelists echoed a lot of the same solutions you come across in TechCrunch and Forbes:

So, what will happen if all of these recruitment and pipeline building measures succeed? Does that automatically fix the diversity issue?

While getting the numbers up might solve the problem in the short-term, it won't stick unless every company gets crystal clear about what an inclusive culture would look and feel like for all of their employees (majority and minority folks included).

Then, the messy human work of taking steps towards that vision begins.

This is complicated and uncomfortable work. To make matters even more challenging, some studies suggest we might actually have to go against how we are hardwired. Our brains appear to be hardwired for sorting what's the same vs. different from us. We show a preference for our own racial groups in infancy.

If you are the minority, what's going to get you to stay in a work environment where you don't feel seen, heard and respected? Where you're constantly having to adapt to how the white majority talks, works, and socializes and ignore the subtle micro-aggressions about how your hair is done, how good your English is or your breastfeeding on the job?

If you choose to stay, you do whatever it takes to survive: deny that it's happening; make excuses for the well-meaning person who doesn't understand your race or culture; follow "the code" so you don't get called out; tell yourself it's worth it for that awesome paycheck you keep getting in return.

It wears down on you until you find your soul stripped of its identity and who you really are no longer exists. It's like a non-terminal illness that eats away at your body until you're barely alive--just a physical shell with a murky mess inside.

If you choose to leave, you must first go through what I call the "Awakening." You read or hear something that inspires you to think twice. You notice an awkward interaction at work that has probably happened a million times, but for some reason you decide to pay attention to it on that particular day. You start breaking out of autopilot and see all the cracks and gaps on the sidewalk.

At some point, the stable paycheck just ain't worth it.

And so you leave.

That's what I did. I left and went to work for myself.

The freedom felt incredible. I worked on my side projects and was happy to skip the contentious weekly leadership team meetings that were the source of inner turmoil in my past life. I was my own boss. I called the shots. I had escaped the interpersonal discomfort.


I found myself missing the warmth and messiness of human connection.


Two years ago, I made the choice to stop working alone and build a team and a company devoted to promoting lifelong learning as well as deepening and expanding human growth and connection through technology.


We are a women-run social enterprise, which already makes us more diverse than most tech companies. Even so, building diversity takes more time and effort with the same level of thought, precision and rigor as building a successful product.


Here's what I've learned about building an inclusive culture through trial and error at my own tech startup:

Without the courage to say the unspeakable, nothing substantially deep will change.


Without psychological and emotional safety, very few people have the privilege and courage to do the uncomfortable because they face the potential for judgment, criticism, and threat. Let's face it - if you look different from the people around you in the meeting room, you are taking a bigger risk when you call something out. You need others (especially people who represent the majority) to be your ally.


If we don't go deep and embrace the messiness around this human work, we risk history continuing to repeat itself because we have yet to re-learn this painful lesson as a society. Or we risk being less than the best we could be as a collective.


I'm still optimistic. I believe we each have the potential to create giant ripple effects by experimenting with small acts of courage that train us to embrace discomfort as part of growing into our most spectacular selves.

My fellow tech leaders, who's up for this challenge?

Remember, you're not alone.

At HiveQuest, we are partnering with coach and career strategist, Jennifer McClanahan-Flint to develop a training program for leaders to cultivate a culture that retains and sustains diversity and grows innovation and business success. Reach out if you want to take this opportunity to cultivate an inclusive and diverse culture in your company and help create a world where diversity is the status quo!

Belinda Liu is a teacher, connector, creator and explorer. She is the co-founder and CEO of HiveQuest, a startup on a mission to build the largest global community of lifelong learners for social change. Want to learn more about her tiny human experiments or share your personal story? Connect with Belinda at belinda@hivequest.co or on Twitter @hivequest.