(The first in a series of posts on Terraforming the Earth)

Terraforming is not science fiction but reality: humans are remaking the surface of our planet. We are altering the composition of the planet's atmosphere and fundamentally changing the entire global climate. We remove mountains and dig miles beneath the surface for minerals. We cut down and destroy entire forests. We wipe out species and communities of species. We divert and consume entire rivers. We've stored so much water behind artificial reservoirs that we've actually changed the planet's orbital dynamics (just a wee bit - don't panic).

But we've lost sight of a fundamental principle: "can" does not mean "should." Modern civilization must learn that the ability to do something doesn't mean that we actually should, especially in the field of large-scale geoengineering.

A case in point is found in the new study just released by the U.S. Bureau of Reclamation: The Colorado River Basin Water Demand and Supply Study (CRBS) is the culmination of a two-year-long effort to develop and analyze future supply and demand scenarios for the seven states that share the Colorado River (AZ, CA, CO, NM, NV, UT, and WY).

The Basin Study is a remarkable, multi-year, multi-participant study about the growing challenges facing the most important river basin in the arid western United States. It shows that water demands in the basin already exceed the river's available supply - a situation the Pacific Institute has previously defined in a paper in the Proceedings of the National Academy of Sciences as reaching "peak water." The situation will worsen as water demands grow with population and if, as scientists now expect, water supply in the river diminishes with climate changes. Just as important as identifying water scarcity problems is identifying the options for addressing or preventing them. The Basin Study offers over a hundred different options and strategies for increasing supply or reducing demand. Many make sense; a few are far-fetched and seriously out of touch with reality.

One of these has received considerable attention in the media in recent days, reflecting the fascination the public and the media have with massive engineering ideas: the concept of building a huge pipeline to bring Missouri River water west to Denver, the Rocky Mountain front range, and beyond. This isn't a proposal for a water solution, it is a proposal to start a water war, and is a classic example of a 20th century solution to a 21st century problem.

From a narrow engineering perspective, there is no doubt such a pipeline can be built: a treatment plant, massive pumping stations, and a 600+ mile pipeline to move water. Technically, this is a piece of cake.

But it is also is a dangerous idea whose time has come and gone again. And in this era of fiscal limits, the federal government should not spend one penny even studying it, much less invest in such a thing. Why? The project is predicated on three assumptions - all false:

Water demands should not be assumed to grow without limits.
Water managers, planners, local officials, and others are all trained to assume that water demands must grow inexorably with population and the economy, and that the only response is to find more new sources of water. This is false. Experience in the western U.S. and many other regions - indeed the United States as a whole - shows that we can cut water use substantially by improving efficiency, cutting waste, and changing use patterns, while populations and economies continue to grow. Figure 1 shows this has been the case in the U.S. for over 30 years, where total water use has actually decline - and new studies show vast untapped and relatively low-cost efficiency improvements remain. Moreover, it is long past time we had a real conversation about land use, urban planning, and population policies, instead of assuming they have no implications for water policy. 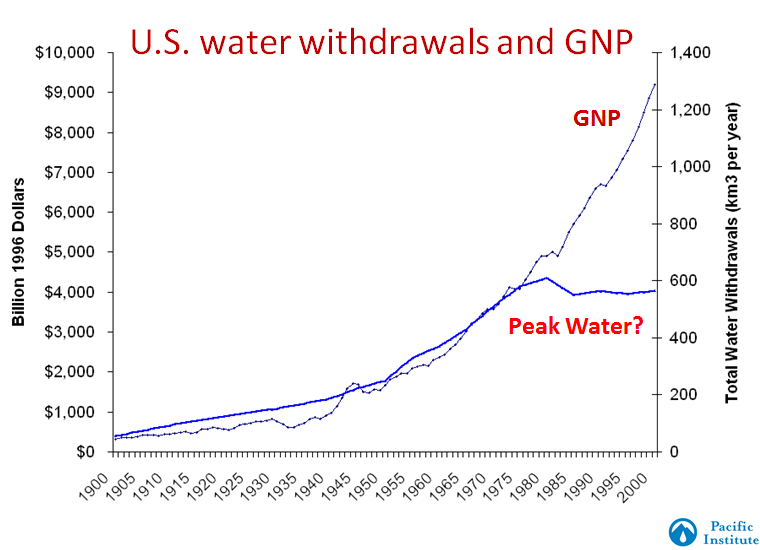 Figure 1. US water withdrawals and GNP over the past century showing the leveling off of water use (Source: P. Gleick 2012)

Money, energy, and the environment do matter.
A pipeline taking water from the Missouri River west makes perfect sense, if you don't care about money, energy, or the environment. Such a pipeline would cost tens of billions of dollars to build and require massive energy inputs to run. Here is just one piece of this puzzle: Moving water from the Missouri River at Leavenworth, Kansas to Denver, Colorado would require a pipeline at least 600 miles long, pumping water uphill around 5,000 feet (see Figure 2). Even doing the math on the back of an envelope shows that the energy costs for pumping alone, with conservative assumptions, would be on the order of $1000 per acre-foot of water. Add in the additional costs of financing and building such a pipeline and the power plants to run it, operating it, and treating and distributing the water, and we're looking at some of the most expensive water in the world (not including bottled water - another story). 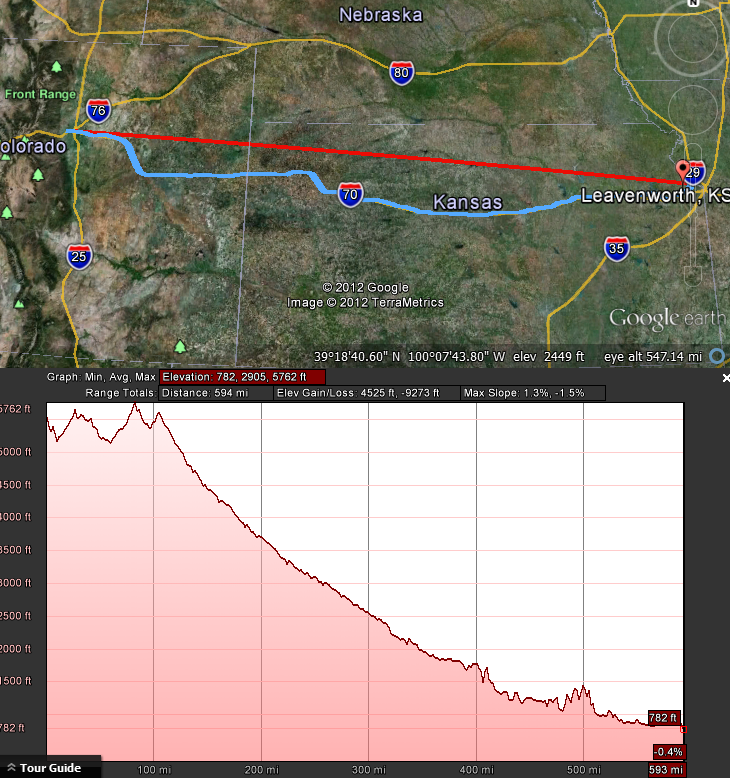 Figure 2. Two routes, and the elevation profile, for a Missouri River diversion to the Front Range in Colorado. (Source: P. Gleick 2012, with Google Maps)

The Missouri River has no "excess" water.
Finally, the whole idea is predicated on the assumption that the Missouri River has excess water. This, of course, depends on how you define "excess" and who is doing the defining. But it is ironic that this idea is being floated at exactly the same time that massive severe drought has cut the flows of the Missouri/Mississippi Rivers to record low levels, barges are being stranded, downstream users are demanding more upstream releases, and Midwest agriculture is suffering from water shortages. In recent days the U.S. Army Corps of Engineers has turned back official requests for more water from the Missouri River to alleviate shortages on the Mississippi. Releasing more water downstream would come at the expense of upstream users, drinking water supplies, environmental conditions, and hydropower generation.

We've reached the era of peak water, even on big rivers like the Missouri. While we can continue to fantasize about developing new water supplies by building larger and larger engineering projects to move water longer and longer distances, destroying ever more distant ecosystems in the name of satisfying uncontrolled and unquestioned sprawl and development in arid regions, perhaps it is time to ask: Just because we can, should we? And once we ask that question, the answer comes back quickly. No, we shouldn't. There are far more environmentally, politically, and economically sound solutions.