I remember watching an episode of the TV show Star Trek in which Captain Kirk's dilemma was how to help an alien race who were divided and in conflict. 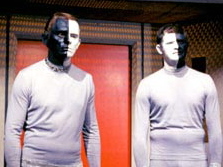 The Star Trek episode is a perfect example of how a strategy of divide-and-conquer works to fracture tribal people. Many ruling cultures -- the ancient Romans, the French, the British and even the forefathers of the U.S. government -- have used this method to colonize at least portions of nearly every continent on Earth. Creating conflict among a people by emphasizing how they differ from one another, undermines the great power that comes from unity.

Why is it, if someone does not look like us or is a different color or race, we look at them as outsiders? In reality, according to geneticists, there is more variation between individuals in a group of 55 chimpanzees living in the wild, than between any two individuals in the entire human race! If a Chinese woman shares the same blood type as me, we can exchange blood, tissue and even organs. So how different can we be? The illusion of different races has become real because we have made it so.

I have witnessed much bickering and criticism, even within the smaller racial demographics. Just look at how a black person's skin tone puts them in a different category among African Americans, as in "high yellow," a derogatory word meaning "light skin." In Japan, "kusekke" is a word used to describe people who have kinky or frizzy hair. In Mexico, "güeros" or "blancos" are words used for light skinned Mexicans of European decent.

Even in the Indian nations, I have seen how Indians living on the reservation look at Indians living an urban life, as outsiders. If you are raised in a white society you are called an "apple" -- red on the outside but white inside. A few even think being a real Indian is based on the percentage of Indian "blood" in your ancestral line, as if somehow your blood quantum makes you more or less Indian. And what is being a real Indian anyway ? My Elders say it's a way of life; it's the Red Road you walk that defines you, not the way you look or the blood that runs through you. This last issue has become a sensitive one, considering how many mixed Indian people live in the United States, and not necessarily on the reservations.

The Seminole Indians were one of the first nations to give shelter to black slaves, hiding them within the tribe. So there have been black Seminole Indians for a long time. But in 2004 some tribal members who were descendants of those slaves (the Freedmen) were shocked to discover they would not receive any share of a monetary settlement received on behalf of all the tribe members, in resolution of a legal dispute.
(read more: "Seminole Freedmen Lawsuit Dismissed" )

The Cherokee Nation, who were one of the first tribes to mix with other races (having blue eyed Cherokee people among them as early as the 1800's) decided, in 2006, to dis-enroll Freedmen from their tribe. Many tribe members found this especially odd, since the Cherokee have historically encouraged marrying outside of their tribe, and incorporating the new spouse's culture into their own. The 2006 decision was overruled in January of 2011 and the Freedmen are once again included in the Cherokee Nation. 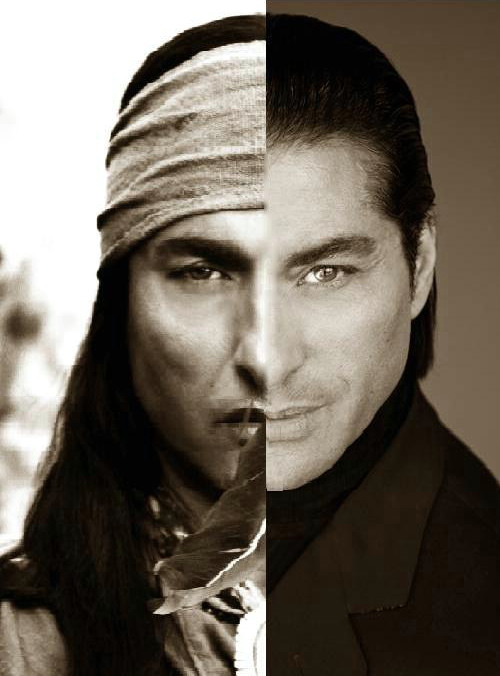 Should we criticize the Indian nations for their dis-enrollment actions or for being skeptical of those that say they want to help or belong? Consider how the indigenous people have been treated historically. Over several centuries, the settlers and our government have taken almost everything away from the American Indians. And now, some greedy folks want to be enrolled in certain American Indian nations, just to benefit from casino and gaming profits. And others use their supposed "Indian" heritage to solicit donations in the name of charity, claiming they are helping the "Native community," only to be found out later as a frauds.

As 2012 approaches and our global village gets smaller and more crowded, we must remind ourselves that underneath the stars we are all one race, one people. Although keeping individual cultural heritage is important, we must also open ourselves to the notion of accepting all other races that walk with us; for we are not so different that we can't find compassion for another human being. In a time of crisis if you have the power and the knowledge, it's your human duty to share and help your fellow earthlings.

In the end, the Indian community in Hollywood -- which is a very small group -- must set an example by supporting each other and celebrating each other's successes. For without unity, American Indian artists only rob themselves of opportunities. The names Lakota, Dakota and Nakota -- which are known as the Sioux Indians -- were originally derived from a word meaning "allies." But it seems years of distrust and broken promises have left their mark on the Red Nation, and nowadays the real war is within and silent.