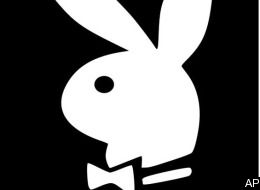 After last Tuesday's New Hampshire primary it may be a while before politicos adhere to polls with quite the same assurance — however, luckily for ubiquitous pollster Frank Luntz, he remains relevant thanks to the latest issue of Playboy, wherein he has turned his attention from strict party politics to the more unifying subject of sex. According to the numbers, when it comes to bridging the red state-blue state divide, all you really do need is love — or whatever else it is that happens between two consenting adults between the sheets.

Luntz conducted a poll of 900 registered voters between 18-65 (speaking of which, can this actually be a representative sample? I mean, shouldn't the poll exceed the amount of votes Duncan Hunter received in New Hampshire?). By and large, the results of the survey show that Democrats and Republicans have noticeably similar sexual habits. Perhaps most noticeably, both sides are more sexually active than politically active (insert Bill Clinton/Larry Craig joke here):

(Maybe that's because for one of them, you just need to pull the lever once and you're done. Zing! There's a "hanging Chad" joke in here, too, but we'll abstain. For Huckabee.)

Back to Luntz! If you happen to notice a certain glow around Fred Thompson or Barack Obama supporters, well it may be because 14% and 12% of their supporters, respectively, "claim to have sex almost every day." (Gives that big, shining "O" a whole new meaning, eh?) Alas, only, 5%

of Clinton and Giuliani supporters have sex that frequently, perhaps reflecting Giuliani's core constituents in Florida (and as for Hillary, maybe they just change their minds at the very last minute). Another tidbit: 23% of all Republicans, and 24% of all Democrats would "definitely" or "probably" say yes to a one-night stand in the Oval Office with a president they found physically and sexually attractive. It remains unclear which President they would prefer to take a White House romp with, since, always the divisive figure, Bill Clinton holds prime spots in both the "Most Sexy" and "Least Sexy President Ever" category. (But why not Hillary? Here's to you, Mrs. Clinton!) By the way, we think the sexiest thing in this entire post is the phrase "Duncan Hunter." It sort of sounds like a sassy verb, if you think about it. Rawr! Actually, come to think of it, so does "Luntz."