Divorce after 50 -- also flatteringly known as gray divorce -- is on the rise, and retirement may have something to do with it.

Some couples are not prepared for the realities of being around their spouse more often, according to marriage experts. Rob Pascale, a retired marketing research executive, and Dr. Louis H. Primavera, dean of Touro College School of Health Sciences, are co-authors of "The Retirement Maze: What You Should Know Before and After You Retire" (Rowman & Littlefield, 2012). Pascale and Primavera told the Huffington Post via email how retirement can hurt a marriage.

"Some couples might find they don’t have quite as much in common as they once thought," they wrote. "While still in the workforce, underlying differences can be masked, because so much attention is taken up by work and raising a family. But these differences can come to the forefront when couples are more focused just on each other."

We asked the authors to share just how retirement can negatively impact a marriage, and what couples can do to protect their marriage.

How do relationships change when one or both of the partners are retired?

For retiring men, marriage is a good thing. He has a ready companion, a source of emotional support, and some continuity in a disrupted life. Well, at least if his marriage is good. If it’s not, he and his wife might find that retirement makes their relationship even worse just from the added time together. In fact, those who don’t want to retire point to the quality of their marriage as one reason why they plan to keep working. But even in good marriages, two people spending day after day in close proximity can be stressful. Things are likely to start off well enough -- in the initial stages, couples rate their marriages more favorably, have better sex lives, and feel their relationships have actually improved. But the honeymoon ends rather quickly, and some might run into snags as they grapple with the realities of close quarter living.

Why do these changes occur?

Out of sync expectations can be one. Husbands and wives might have very different notions about how they want to live, individually and as a couple. For example, a wife might presume her retired husband will help more with household chores, or either spouse may expect more involvement from the other in their preferred leisure activities. Feelings of disappointment because of misaligned expectations can lead to resentment if either partner feels neglected or is not getting fair consideration of his or her own interests.

Then there is the issue of social over-dependency. Psychologists assert that being socially connected is essential for mental health, and we found that happily retired couples have active social lives with lots of friends. Women seem to grasp this -- they are generally more socially integrated, having more and stronger emotional ties to friends and family. Men, in contrast, have fewer close relationships, and many depend on their wives to keep them socially involved. A certain amount of social dependency is reasonable. But for some wives dependency can become extreme. In fact, we found that many men expect to be the primary focus of their wives’ attention when newly retired. This of course is not at all realistic nor is it healthy for either spouse. And many wives might become angry and resentful if they have to surrender more of their personal time than they’d like to. 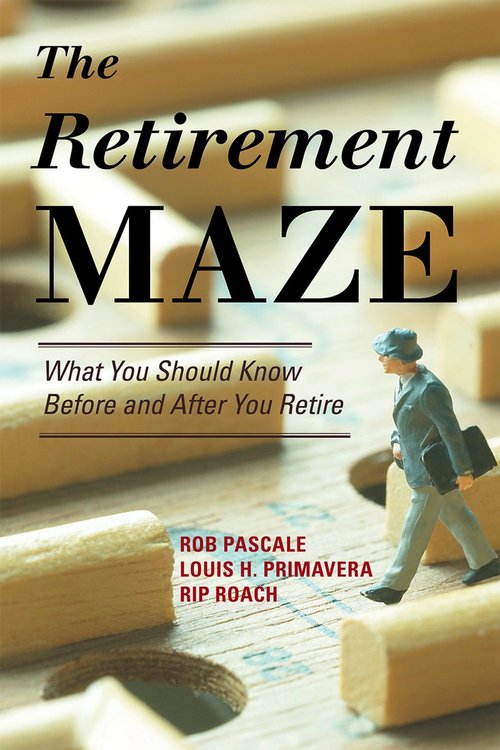 Finally, some retired husbands might try to interfere in household management, typically the domain of their wives. In some respects, this is predictable, especially for those men who held supervisory positions and were used to directing people and events. When they retire they turn their attention to managing what‘s left -- their home and their wives. However, not many wives have a need for or will accept a domestic consultant, and are likely to react negatively to such an intrusion of their territory.

What are some ways couples can psychologically prepare for retirement and protect their marriage?

In general, we found that with time and practice -- after a few years -- many husbands get better at retirement. They become less demanding of their wives’ time, and some either establish their own personal interests or just learn to respect their wives’ independence. And there’s also likely to be some compromise, with husbands expecting less and wives giving more than either initially planned. But when difficulties surface, there are things couples can do to avoid driving each other crazy. Much can be accomplished simply by talking to each other. Frank and open conversations help to establish the rules of engagement for a much more intrusive co-existence.

Manage expectations. Understanding what each partner expects of the other can help ward off disappointments. For example, discuss joint and individual activities, and keep a calendar of these so there are no surprises. It’s also a good idea to start these discussions a few months before retirement so both of you have time to prepare mentally and work on personal plans. In running the household, some husbands might not realize they are expected to help with chores when they retire. Talking that out explicitly eliminates any ambiguity. Consider letting him choose his tasks -- he might find this more palatable, and still gets you to a more equitable work load. Regarding a husband’s need to offer un-sought advice in household management, it’s up to his wife to keep her ears peeled and
nip such intrusions early.

Pursue your own interests and maintain some separate friendships. Along with providing space, individual goals and friendships provide opportunities for personal growth and help you maintain your own identity. Along with ensuring emotional well-being, the time you spend apart gives you something to talk about when you’re together.

Establish separate territories in the home. My wife and I have our own pursuits and hobbies, and we do these in our own rooms in our house. We sometimes will go hours without running into each other, and when we do, it’s a welcome break from the time alone. Without our own individual space, each of us is much more likely to feel as though we are intruding or being intruded on, and as a result is more likely to get on each other’s nerves.

Know that you are not alone. Lots of happily married couples run into obstacles -- and being aware adds a sense of normalcy to the event. If it happens, it’s not a reflection on them and their marriage isn’t necessarily falling apart. Nevertheless, each couple will find it’s worth the effort to face all issues early on when they’re minor annoyances, rather than let them fester and become major sources of conflict.