Gregory Chambers received a good deal of advice when he separated from his wife at age 30. Unfortunately, the lion's share of it was incredibly unhelpful. Sorry, but no guy wants to hear "man up" when his world is falling apart.

"Eventually, I had to give myself permission to grieve over the death of my married life," he told The Huffington Post. "You don't want to allow [divorce] to make you more hardened, cynical or guarded from the damage done."

Below, Chambers tells us about his experience.

"The day I got married seems so long ago now. It was only three years ago but I remember everything about that day. Some say that you think about the beginning when you are nearing the ending. You look for subtle hints foreshadowing the divorce. Even if I had seen it coming, I still couldn't have avoided the outpouring of pain and anguish I felt when my wife uttered the words no married person wants to hear: “I don’t want to be with you anymore."

The entire world stopped spinning on its axis for me. I was a man who was losing his wife. But to admit I was in pain meant I'd have to admit that I was feeling emotional; and regrettably, society tends to question the manhood of a man who conveys any tenderness or reveals he's in an emotionally trying state. But how could you ask a man to be stable in a moment where his life is completely unstable? 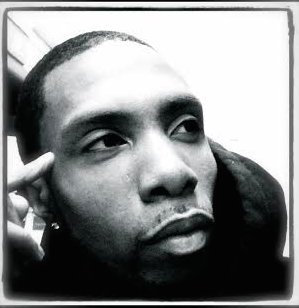 I have heard before that divorce is a lot like death and in the first few weeks after the life-changing decision was made, I understood that completely. I was terribly overwhelmed. You are forever changed after a split and it begins almost immediately as you try to prepare for rearranging your life completely.

And you can't deny that there's a difference in how women are expected to deal with divorce as opposed to men. For weeks after my wife told me she wanted to leave, I scoured various websites looking for tips and advice on coping and preparing for what lied ahead in my separation. Sadly, most of the articles I found seemed to cater to women and the issues they experience through divorce. I got to thinking, what about the men like me who are left? Are we allowed to feel anything? What resources or counsel are available for those of us who can’t just sweep the pain under the rug? There's a common misconception that men deal with loss by encasing it away in some metaphorical box that's rarely opened. No one addresses men like me who take pause and clasp their chests in moments of duress.

The truth is, having to push aside the pain of divorce is like falling off a bike and skinning your knee badly and being expected to climb back on the bike with a bleeding knee and peddle on. As I sat there after the separation, I kept hearing my step-dad's voice in the back of my head, telling me to "be a man."

I'm still processing things. It's almost paralyzing to think about the coming months I have ahead of me and to wonder how my life will change once the divorce is final. If you're like me and dealing with uncertainty, I hope you understand that you have the right to pause and grapple with closing a chapter of your life you believed would last a lifetime. Allow yourself time to grieve. Don't buy into the idea that sensitivity is for the weak. I think of a day when I was especially emotional and I received a Facebook message from my cousin meant to express consolation: "I love you cousin but we are men," he wrote. I didn’t even finish the rest of the message. I just stared at that sentence trying to understand his reasoning. As I stared back at the declarative statement totally blank and completely confounded, I suddenly thought to myself, "What does that even mean? I am heartbroken." Take it from me: You can be a man with a broken heart."

More:
This Is Divorce AthpmasculinityDIVORCED BY 30divorceLife After Divorce
Newsletter Sign Up