In her early 40s, Carol Stigger's husband ran off with one of her good friends. By her own admission, the mid-life divorce shook her to the core.

"It meant I had to learn who I was without the convenient label of 'wife,'" she told The Huffington Post. "Eventually I realized it was all for the best. He married a woman who loves to vacuum. Divorce freed me up to pursue an exciting, rewarding life as a journalist. It's something I never could have done while married to a man who wanted a maid and cook for a wife."

Before she embraced the single life, though, Stigger said she had to let go of some anger directed largely at her ex. Below, the Chicago-based writer tells us how she overcame it.

When I was 40, one of my few divorced friends advised, “What every divorced woman needs is a good lawyer.”

Then, she made a successful play for my husband. And just like that, at 40, I landed on the shores of the heartbroken and enraged -- luckily with a good lawyer. I’m grateful some of my co-workers were divorced or in the process because they provided me with much-needed sympathy and advice. I needed it badly; the little farming town in which I lived shunned me as if divorce was a communicable disease. They said I should forgive and forget or else stay away from their pot luck picnics. Slowly I realized the man I had loved for 20 years was not coming home. If he did, I would not easily forget what he had done.

My rage was volcanic. When going out alone, to a party and even to the grocery, I felt like an amputee. I thought a new man would solve all my problems, and men were not hard to find. But a series of lovers turned to losers until I finally realized ten years later that what was really getting in the way of me moving on was rage.

Eventually, I learned that what every divorced woman needs is a little discernment. But discernment remained buried beneath my mountain of rage. You must lose the rage.

I tried to pray it away. I prayed in humble Baptist churches, pretentious Anglican churches, in Yorkminster and Westminster, in mosaic-crusted cathedrals, in house churches and Salvation Army kitchens. I prayed in a church in Pampanga with shower curtain walls and water buffalo providing the base notes to “Amazing Grace.” I don’t know on which altar I laid my last rock of rage, but one day I realized I was finally making choices not curdled by “I’ll show you." I was once again free to make choices not driven by anger.

I still make mistakes, but those mistakes fertilize a tiny plot of wisdom. I let go of my marriage entirely. Now I realize it was never really about the “and they all lived happily ever after.” It’s about the children we raised together, the ones who make my heart hum. The children are grown now and they’re so strong and kind, so beautiful and tall.

By the age of 60 I knew that what this divorced woman needed was a cozy nest with guest rooms for grandkids. My idea of cozy is Italian wine, green tea, and gingersnaps. Plus a dog, of course. How can I be gloomy when Homer is eating crayons and the grandkids are discussing if rainbows poop? It’s the little things that mean the most in my life now: A library of chick flicks and a toy box for the kids. Fine art on the wall. My two Michelangelo prints on the wall -– the Pieta and the David –- are meant to inspire art appreciation in my grandkids. They call the Pieta “Jesus and Mary” -- and David the “wiener man.” 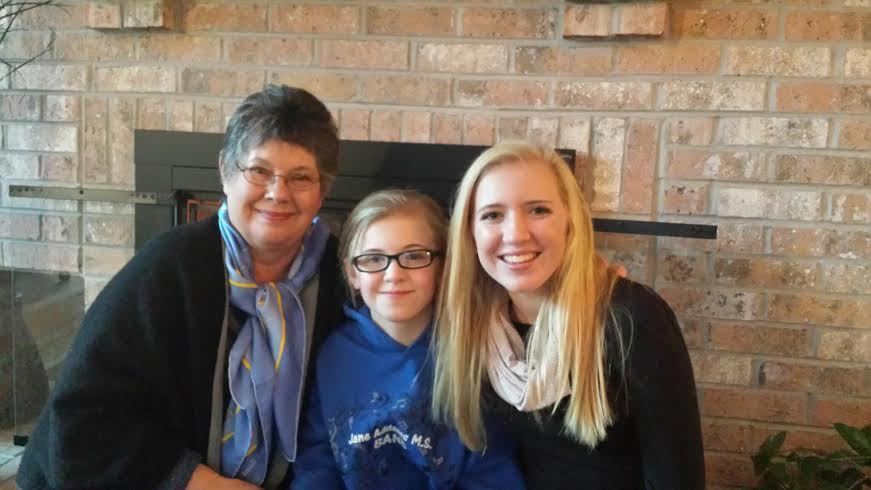 (Carol and her grandkids)

Divorced at 40, I had time to reinvent myself, to change from a middle manager to a journalist who travels the world. It took a great deal of work and determination plus a year of graduate school, but after failing in marriage, failing my dream was not an option. It was easier to succeed professionally than personally. The hardest work I had to do was to name my problem, rage, and then lose it.

Now at 70, instead of being enraged at my ex-husband and the “other woman,” I am grateful. He gave me three wonderful children -- and then he set me free.