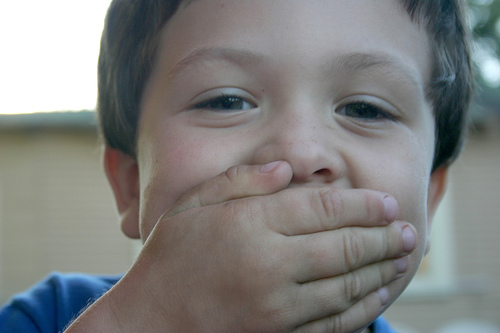 There are times in family law when we try to avoid the "F" word -- FAIR.

When you go before the judge, what is fair and just sometimes does not translate through the law.

Example:
Mom (Ashley) goes AWOL after a drug charge and leaves her 6-month old daughter (Jane) with Ashley's own mother (Lisa). The grandmother Lisa then raises her abandoned grandchild from the age of six months to the age of 3 years. However, Ashley continues through her addiction to use her mother's address as her primary residence. Mom appears and disappears for the next three years in and out of her mother's home. She sees her baby for a few hours every month, sometimes crashing on the sofa, eating Lisa's groceries and asking for money often. Then, after three years, Mom suddenly decides to get sober. She reappears permanently and wants her baby Jane back even though the child is now bonded to her grandmother Lisa and barely recognizes her own mother. But Mom says that she has cleaned up her act and has been clean for a few months. Does grandma win? Probably not.

Why? The law favors biological parents.

So, if grandma tries to adopt Jane or even get regular access to her after her reformed daughter comes back to retrieve Jane -- she most likely will lose, even though there was a huge absence in the important bonding years that was filled by the grandma. Although grandma can claim that she has had care and custody of the child for a 2 1/2 year duration, to give her standing, the addict daughter will be sure to argue that she was living there and never relinquished custody to her mom- it was temporary or even just a babysitting agreement. Even if Jane's mom spent time in three rehabs and a DWI later, most states (such as Texas, where I practice) does not grant standing to a grandparent to be a conservator if the biological parents are alive and one (or both) of the parents can pass the low threshold of "not presenting an imminent threat to the safety and welfare of the child." There are provisions if grandma had exclusive care and custody of baby Jane for six continuous months prior to filing; however, this burden is grandma's to prove.

Then, even if granny wants access to her sweet 3-year-old Jane after mom plucks her out of her life, she needs to show that the child's emotional and physical welfare would be threatened by the lack of access. That is not a small task, even in the scenario above.

Another Example:
In our Brady Bunch-style world of blended families, Dad marries Mom. Mom comes into the marriage with stepchildren -- a one-year old baby, Joe, and a three year-old toddler, Tina. They have no memory of their biological father. Dad is the only "father" they have ever known -- albeit not their biological father. After the marriage, Mom and Dad have two more children of their own. Years later, Mom files for divorce, and threatens to never let Dad see Joe and Tina because there are not technically "his" children. Does Dad get access to all four of his "children" during his periods of possession? NO.

Why not? Again, in the eyes of the court and by the letter of the law, Dad is not a biological parent.

The court has no power to grant step-parents rights to access or conservatorship of non-biological children through divorce even if the Step-Dad is 20 times better than the genetically linked deadbeat dad who never paid child support, sent cards, or visited Joe or Tina. Meanwhile, the Step-Dad who attended every T-ball game, Indian Princess camp out and parent-teacher conference for his step-children is left high and dry with no legal solution to getting enforceable orders to visit all four of his "children."

A Third Example:
Sam and Sue are madly in love. They are also broke -- but they really want a house. They get married. However, the couple cannot qualify for a loan for their dream house. As a wedding gift, Sam's generous parents purchase the home outright with the intention that the couple will pay back the $200,000 mortgage during their long-lasting marriage. In the first year of marriage, Sue also furnishes the new home with "loaned" money from Sam's parents in the amount of $50,000. After Sue is done decorating and the house-warming happens, Sam discovers Sue has been unfaithful since before their marriage. He files for divorce. Sue gets a sharp-shooting litigation divorce lawyer and claims that HALF of the house and the furniture is HERS. Sam is outraged. Can Sue get away with this? YES.

The parents failed to file air-tight promissory notes with the county of record that clearly demonstrated that the house and the furniture were truly LOANS and not GIFTS. Such notes need signatures, payback terms, etc. Without these, Sam's generous parents essentially give half of the house and furniture to their ex-daughter-in-law. Sam is not only a man scorned, but angry that Sue "stole" from his parents. Life isn't fair.

Do not avoid making these choices because of the drama of severing a deadbeat parent's rights or the awkwardness of asking your daughter-in-law to sign a note clarifying that your generosity is characterized as a loan. That awkwardness/drama is nothing compared to the pain that you will experience if the situations do not go as you had planned.

This article neither constitutes nor is intended to be legal advice. Please be advised that if you need legal counsel, you should consult an attorney regarding your individual situation.

More:
divorcechild custodyfather's rightsAdoptioncustody
Newsletter Sign Up
A weekly guide to improving all of the relationships in your life
Subscribe to HuffPost’s relationships email
Successfully Subscribed!
Realness delivered to your inbox