"You mean he's still doing that? After all these years?"

A mutual friend had just told me that my ex was visiting her just before the holidays and was spending a lot of time -- when they could have been strolling along the banks of the Loire or drinking cider and eating Nutella crepes at Le Lion d'Or -- writing Christmas cards. Him spending quality time writing hundreds of cards by hand, each with a personal message to the recipient, with news specially targeted to their history together (family got one story, childhood friends another, and more recent acquaintances still another) was not news to me: he'd spent a good part of our honeymoon in Hawaii, a little more than 30 years earlier, writing Christmas cards to his friends and family back in Europe -- his 60-something-year-old mother in Essex, just east of London; his colleagues on the English desk at Agence France-Press in Paris; old friends he'd accumulated over the years on both sides of the Atlantic.

I'd always admired how seriously he took his Christmas card writing. Not that he believed in the religious aspect of the holiday -- even before he married me, a Jewish girl from New York, he'd never bought a tree or decorated his apartment for Christmas -- and he certainly disapproved of the commercialism. But, in the days before the Internet and social media and even circular holiday letters, the cards were his chance -- excuse? -- to keep up relationships and send out his own Year in Review.

My immediate reflex was to wonder when mine would be arriving. Then I realized that, since I'd moved out of our home in a Paris suburb to Washington, D.C. about 10 years ago, he'd probably never stopped sending them to his friends.

Ouch! I thought we were friends.

Although we'd been living apart for more than a decade, we'd never bothered to do the paperwork necessary to get divorced and we were in regular contact. (My friends and family wonder why I don't just make a clean break. They don't understand why I feel I can no sooner divorce him than I could divorce my brother or my father -- or cut off my left arm. Our lives were too closely intertwined for too long. Besides, I am getting on with my life, and so is he.)

But, I knew which friends had been sick, or died, or gotten divorced, or become grandparents. I knew what trips he'd taken that year (though not always with whom he'd taken them.) I didn't need an update.

I wondered what he wrote about me -- about us -- in his cards. When I first moved back to the States, I know he'd made it sound like I'd gone to Washington because of a job, not because I walked out on him and our life together.

I've been happy living on my own. As Scrooge-like as it may sound, I like coming home to an empty apartment, with no one to cook for, or tell me what to cook, and no need to talk about the details of my day when I don't feel like talking. But there's something about holidays that brings out the nesting instinct. It's about family and nostalgia and belonging to something larger than just you.

But how could I feel bad about missing something that I myself had turned my back on? The present setup, with the Atlantic Ocean separating us and our lives, allows us to remain pals, married pals living separate lives, and that suits me just fine. And nobody sends their own wife a Christmas card, do they?

And then it hit me. It wasn't him. It wasn't Christmas. It wasn't the cards. Although I see a present -- and future -- life far different from the one I led in Paris with him, how can I no longer be a part of the story, written out of history like in a Soviet painting? My ambivalence was almost killing me, but I began to understand why we never "bothered to do the paperwork." Relationships end, but the ties that bring two people together in the first place don't always disappear so neatly and easily. Surely, I'm still part of the story?

Breaking up is easy. It's letting go that's hard to do.

So, I've stopped expecting a Christmas card from him, nor do I need one. But I do still wonder, just a little, what he's writing about me.

PHOTO GALLERY
Know The Warning Signs Of A Stroke
Download
Calling all HuffPost superfans!
Sign up for membership to become a founding member and help shape HuffPost's next chapter
Join HuffPost 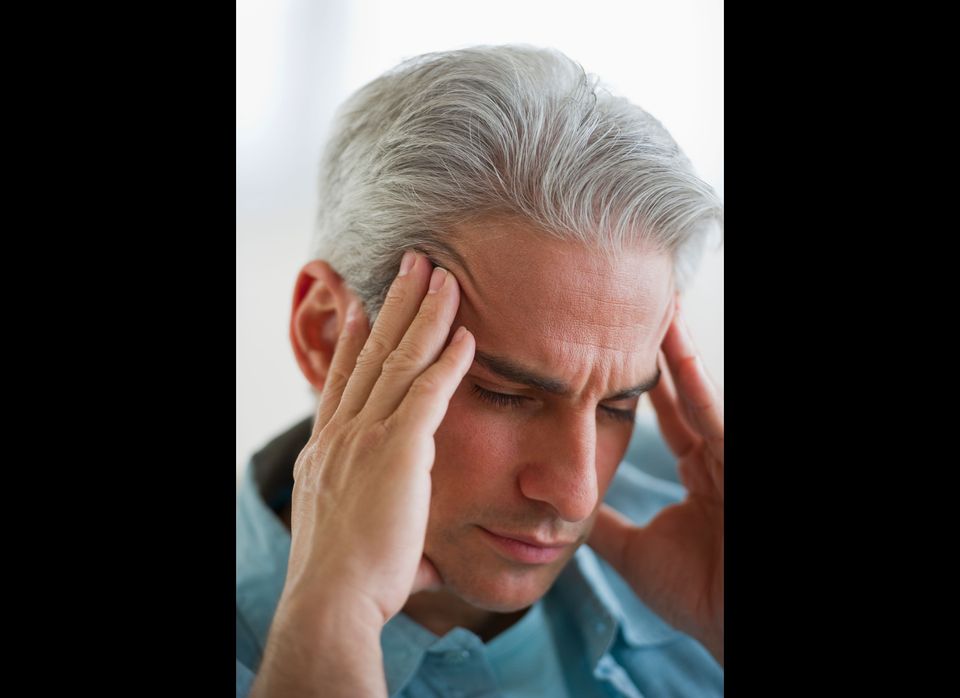 1 / 9
Severe Headaches
Sudden severe headaches could be a sign of a stroke, according to the <a href="http://www.stroke.org/site/PageServer?pagename=SYMP" target="_hplink">National Stroke Association</a>.
Alamy