By Maria Moya for Divorce360.com

You might think of your dog as your fur child, but the law would not agree.

"In the eyes of the law, they are really no different than the silverware, the cars, the home," says Joyce Tischler, director of litigation for the Animal Legal Defense Fund.

But in more and more American homes, splitting the pets could get pretty contentious.

Consider the numbers. Sixty-three percent -- 71.1 million -- of U.S. households own pets, according to the latest National Pet Owners Survey. The bulk of those animals are dogs -- about 44 million. Americans are expected to spend about $41 billion on their pets this year, a $24 billion increase since 1994, according to the American Pet Products Manufacturers Association.

Then throw in lifestyle and societal changes: more couples have fewer children than a generation or two ago and view their pets as their kids or companions, owners pay $2,000 for an orthopedist to reconstruct a dog's knee; designers such as Isaac Mizrahi create pink trench coats and white tulle bridal dresses for the fashion-conscious canine whose owner shops at Target, and high-end pet stores sell rhinestone-studded dog collars, peanut butter biscotti instead of run-of-the-mill dog treats, and strollers for the walking-averse pampered pooch.

"When you put all of that together, it's no wonder that we're beginning to see an increasing number of custody battles involving companion animals," Tischler says.

The American Academy of Matrimonial Lawyers conducted a poll of 1,500 members and nearly a quarter said they had noticed an increase in custody issues of pets. Judges have had to determine not only who gets the dog but whether one party has the right even to see the dog after the marriage breaks up.

WHAT THE COURTS SAY

In 1995, Florida's First District Court of Appeals overturned a trial court's decision granting Kathryn Bennett visits with her family’s dog Roddy. The dog was a pre-marital “asset” belonging to her ex-husband, Ronald Greg Bennett, who had been awarded custody, while his ex-wife was given visits with Roddy every other weekend and every other Christmas. Ms. Bennett returned to court contending that her ex-husband wasn't complying with the visitation the court had ordered.

The ruling goes on to say that "Determinations as to custody and visitation lead to continuing enforcement and supervision problems. ... Our courts are overwhelmed with the supervision of custody, visitation, and support matters related to the ... protection of our children. We cannot undertake the same responsibility as to animals."

Tischler says the Animal Legal Defense Fund regularly submits friend-of-the-court briefs in divorce cases. The document does not take sides but says there's a third party involved in the proceedings: the animal.

"We ask the court to consider the best interest of the animal rather than treating the animal as if he or she were a toaster," she says.

Tichler maintains that, when a judge decides who should get the dog or cat, such factors as who spends more time with the pet, who feeds it and takes it to the veterinarian and who brought it into the relationship in the first place should be considered.

IS IT REALLY ABOUT THE DOG?

Divorcing couples who fight over their pets may not be dealing with an underlying issue. An ex who takes his or her former spouse to court repeatedly over visiting Fluffy or paying veterinary bills probably is not as concerned about the dog as he or she is about controlling an ex-wife or ex-husband.

"Sometimes, in a divorce case, the pet may become a symbol of power and control and may be seen as the one entity that still loves me unconditionally," says Nancy Peterson, an issues specialist with the Humane Society of the United States.

The legal battles involving pets can be a large emotional investment with an uncertain outcome that can run into the tens of thousands of dollars. Divorce also takes a toll on the pet. A once-energetic dog may become depressed, Peterson says. He may sleep more, eat less and lose interest in activities such as walking and playing with his owner. He may begin having accidents in the house or grooming himself excessively.

Source: The Humane Society of the United States 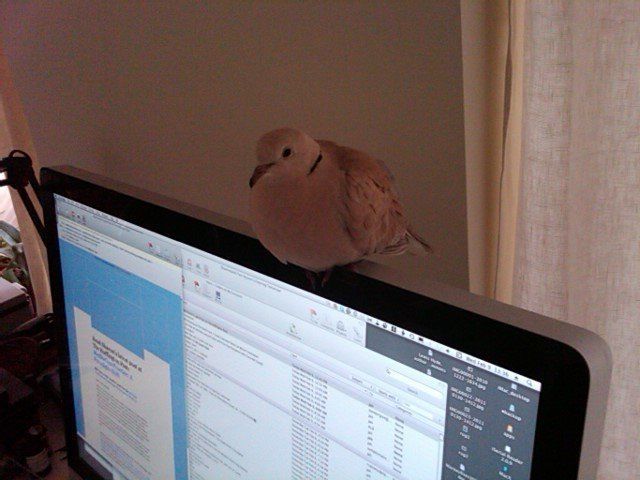