As yoga instructor Holly Meyers dimmed the overhead lights, the star-shaped lantern began to infuse the room with a warm, yellow radiance. The pink and orange party lights on the floor, lining the parameter of the room, popped against the blackness and lent a glow to the sheer turquoise drapes framing the moonless night.

Contrasting with the darkness outside, this little corner of D.C. became an oasis of light -- fitting, for a class ringing in Diwali, the five-day Hindu celebration also known as the Festival of Light. 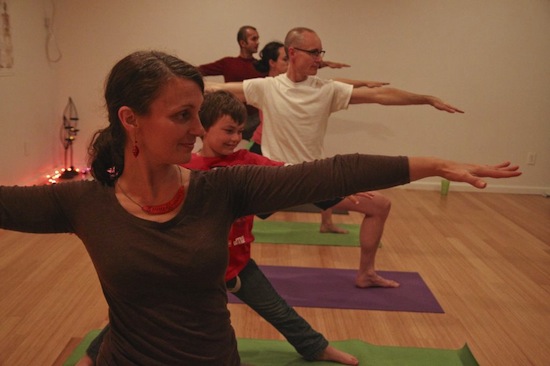 Diwali is one of the most important Hindu festivals and is hallmarked by the placement of diyas -- small oil lamps made of clay -- in Hindu homes and businesses. The word "diwali" translates from Sanskrit to English as "row of lights," but the meaning of the lights is as diverse as the Hindu people themselves.

For some, the lights guide Lakshmi, the goddess of wealth, toward those who seek prosperity. For others, the lights pay homage to King Rama, an incarnation of the god Vishnu, from the Hindu epic tale, Ramayana. As legend has it, diyas welcomed Rama after he defeated a demon to return home from a 14-year exile. Still others believe the lights symbolize Krishna's defeat of the demon-king Narakaasura.

At Quiet Mind Yoga in Columbia Heights, Meyers' Diwali class centered not only on light, but also on the relationship between darkness and light. Meyers, who is not Hindu, has been celebrating Diwali for about three years -- fascinated by the theme of light overcoming darkness that has helped frame her personal journey through the darkness of addiction and depression. 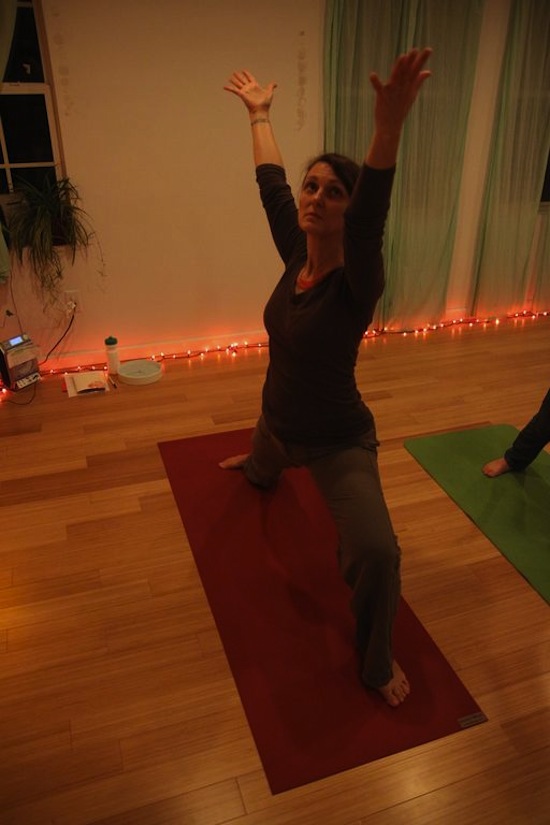 In Tuesday night's class, Meyers led her students through a series of poses to help them identify the light and dark in their lives. Bringing them to a warrior pose near the end of the class, she encouraged them to flip one palm up and one palm down, envisioning both a positive intention and a more negative challenge facing them.

"I invite you to see your battle," she told her students, "knowing that you, as a warrior, are strong enough to face that positive intention behind you, as well as that challenge in front of you."

Sachin Kandhari, one of Meyers students, moved from India to the United States 12 years ago and has celebrated Diwali his entire life. However, he said Meyers's class "blew his mind." He called it "psychically healing" and said spiritual concepts came together for him during the class in a way they never had before. 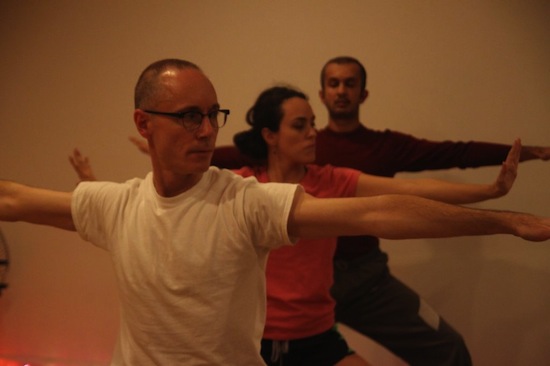 For Meyers, the lessons about the light and the dark drawn from Diwali are not for Hindus alone. She rightly notes that many faith traditions have similar constructs. (Hanukkah, after all, is also the Festival of Lights, and a light-versus-dark motif is found throughout the Gospel of John. In Islam, the Qur'an lists one of Allah's beautiful names as "the Light.")

Perhaps you are open to celebrating Diwali this year. (And if so, you'd be in luck. The Hindu Temple of Metropolitan Washington has a celebration on Sunday, Nov. 18)