"Django Unchained" has its first poster, and fans of "Mad Men" and/or those hipster-y minimalist revisions on classic movie artwork will be delighted. Everyone else may scratch their heads wondering what the movie is actually called.

Starring Jamie Foxx, Leonardo DiCaprio, Christoph Waltz, Samuel L. Jackson, Kerry Washington and a host of other famous faces, the latest film from director Quentin Tarantino tells the story of a slave (Foxx) seeking revenge against the evil plantation owner (DiCaprio) who kidnapped his wife. "Django Unchained" has previously been described as a "Southern" -- which, in Tarantino speak, is another way of saying its a Spaghetti Western set in the South.

Tarantino is taking full advantage of the film's Western roots. He shot "Django" at the famed Melody Ranch in Santa Clarita, Calif., the same place where "Deadwood" film.

"It's a blast shooting here," Tarantino said to the Los Angeles Times earlier this year. "Most other western towns look like dollhouses. This has the complete look. It's fantastic."

While the poster doesn't give away anything -- not even the name "Django Unchained" is written -- it does feature two men walking across an open landscape. Foxx and Waltz? Heading for revenge? Or two other guys? Good questions! Whatever the case, here's hoping Jim Croce's "I Got a Name" is playing on their internal soundtracks; the Times reported that QT used the song on set, and it's kinda awesome in general.

Check out the poster below. "Django Unchained" arrives in theaters on Christmas day. 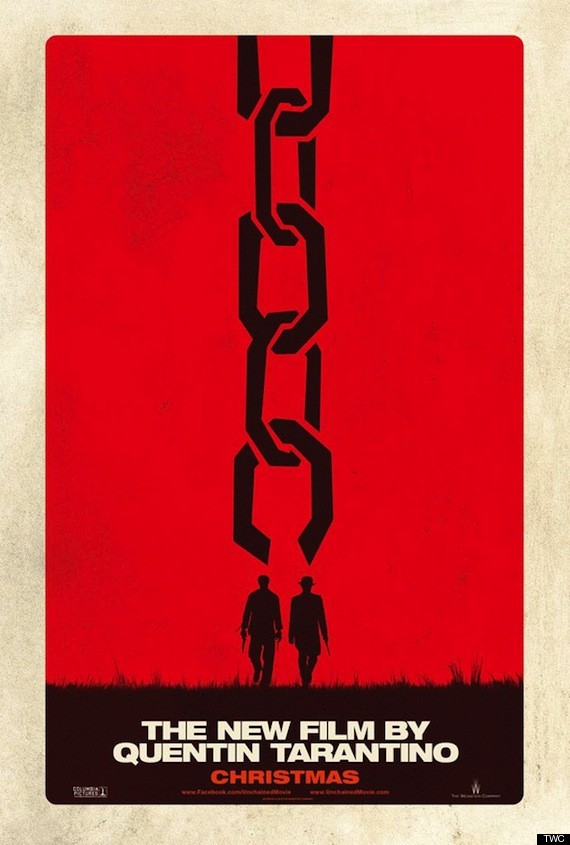