The "Django Unchained" trailer is as Quentin Tarantino-y as you'd expect: throwback music cues, witty one-liners, over-the-top violence, and what looks like multiple show-stopping performances from A-list actors. To paraphrase the tag line for "Jackie Brown," the last Christmas Day release from the indie auteur: Santa's got the same old bag, but it's still filled with all sorts of presents you want to open immediately.

Out in theaters on Dec. 25, "Django Unchained" tells the story of the title slave (Jamie Foxx), who teams with a bounty hunter (Christoph Waltz, in typically perfect form) to track down a pair of nefarious brothers and free Django's wife in the process. That will prove difficult, as she's been captured by Calvin Candie (a delightfully creepy Leonardo DiCaprio) who runs the plantation Candie Land with extreme prejudice. Literally.

Foxx and Waltz have a great chemistry together in the "Django Unchained" trailer, but it's DiCaprio who steals the show. Eschewing his normal good-guy roles, the actor appears to be having a ball -- he's like Lord Windemere's older and slighty calmer brother. 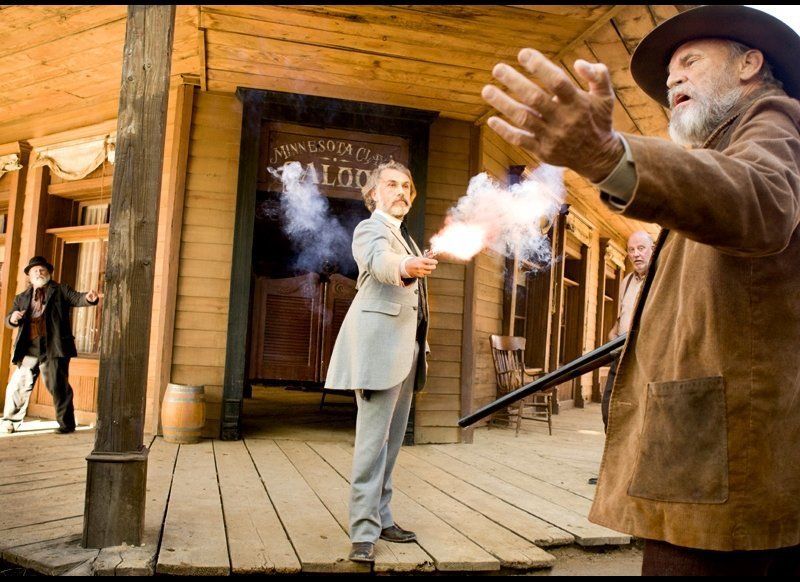