By Timothy Heritage and Gleb Bryanski

MOSCOW, May 8 (Reuters) - Russia's lower house of parliament confirmed former president Dmitry Medvedev as prime minister on Tuesday, completing a job swap with Vladimir Putin that has sparked protests against the two leaders' grip on power.

The approval vote, comfortably won by Medvedev as Putin looked on, ignored growing concern in the country that keeping power in the hands of the same men who have led Russia for the past four years will bring political and economic stagnation.

Police led away more than 20 people, including two opposition leaders, when they broke up a peaceful protest near the Kremlin hours before the vote, after detaining more than 700 on the previous two days to keep a lid on dissent.

The vote in the State Duma, the lower house, was held under tight security, with camouflage-clad riot police guarding the building near Red Square and police trucks and buses parked nearby.

Medvedev stood and nodded his gratitude to Duma deputies and then shook hands with Putin. The president smiled and applauded the outcome of the vote, one day after he was sworn in as president for a six-year term.

"I thank you for showing your trust in me," Medvedev told the assembly. "I am absolutely sure that if we work together we can achieve results."

Medvedev, 46, had told the chamber before the vote that Russia must reduce red tape, crack down on corruption and protect property rights to improve the business environment and become more competitive against the top world economies.

"The attitude to business in this country must change drastically," he said before the approval vote.

Medvedev pledged wholesale changes in the line-up of the government, without naming any of his cabinet, but said the new team would be one of continuity, pursuing a similar direction to its predecessor under Putin.

He also promised to be open to dialogue with his political opponents, although it was not clear whether he had in mind the non-parliamentary opposition, which has organised the biggest protests since Putin first rose to power in 2000.

Putin's opponents question the legitimacy of his victory in the March presidential election and say his choice of Medvedev as premier is a slap in the face for democracy.

"Everything as always has been decided without consulting the people ... People don't like this," said Ilya Ponomaryov, one of the organisers of protests that were triggered by allegations of electoral fraud last December.

Nikolai Levichev, a senior member of the Just Russia party, criticised the lack of political reform during Medvedev's presidency and said many of the promises he had made - such as on battling corruption and strengthening the independence of the judiciary - had not been fulfilled.

Putin, 59, gave a brief speech to the Duma presenting Medvedev as an experienced politician who had served Russia well as president and would not let the country down now.

They have been friends since working together in the St Petersburg city authorities in the 1990s, and Putin steered the younger man into the Kremlin in 2008 because he was barred from a third successive presidential term himself.

But Medvedev will be a less influential prime minister than Putin, who has remained Russia's dominant leader for the last four years even though the presidency has much more power, including command of the armed forces.

Putin displayed his dominance of the political system by taking the floor after the proceedings to give his own answers to questions deputies had put to Medvedev.

None of the deputies asked about the protests in their questions to Medvedev, focusing instead on issues such as the pension age and state support for science.

Putin and Medvedev face a huge challenge in modernising the country and reforming the $1.9 trillion economy to reduce its heavy dependence on energy exports, which makes it vulnerable to any reduction in the global price of oil.

Putin set out their intentions on Monday by ordering the government to boost investment and shake up state-run industries to usher in a "new economy".

He also set long-term goals that included raising capital investment to no less than 25 percent of GDP in 2015, from the current level of 20 percent, and creating 25 million high-productivity jobs by 2020.

He and Medvedev face a battle to quell rivalries between liberals and conservatives, and Putin's choice over who joins the cabinet will go some way to showing how determined and able he is to push through reforms and privatisation. (Additional reporting by Maria Tsvetkova, Alissa de Carbonnel and Steve Gutterman; Writing by Timothy Heritage; Editing by Andrew Roche) 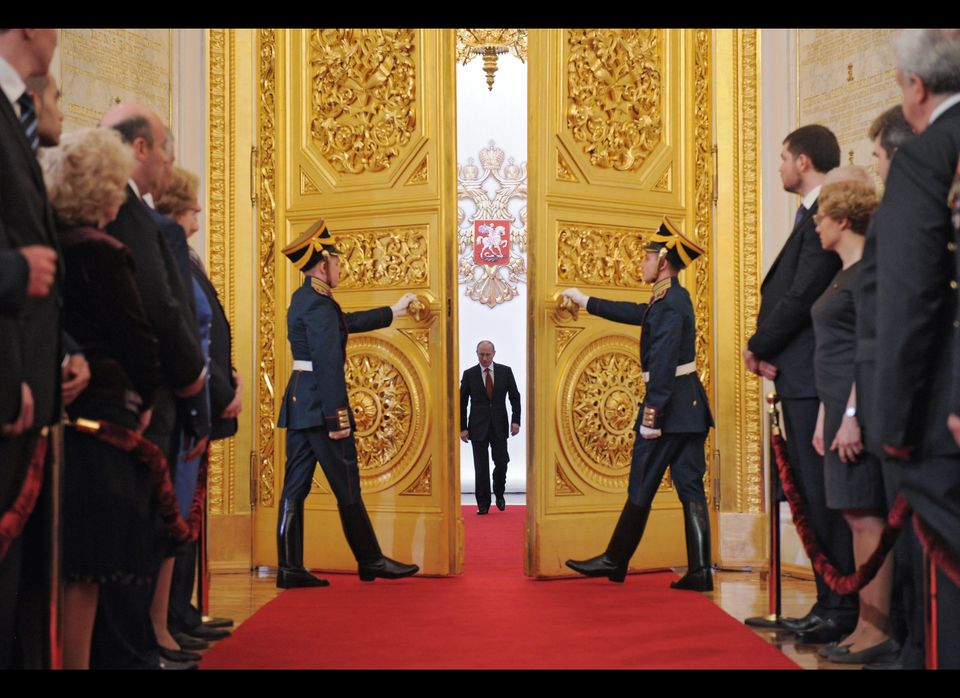