The Aztecs who conquered the city of Xaltocan in ancient Mexico around 1435 may have fundamentally changed the genetic makeup of the people who lived there, new research suggests.

The study, published in the December issue of the American Journal of Physical Anthropology, showed that maternal DNA from 25 residents of Xaltocan prior to the conquest did not match that found after. The findings may help shed light on a long-standing debate over whether the original Otomi people who lived in Xaltocan before the conquest either abandoned the site or were assimilated into Aztec life.

"We're telling a story that's more complicated and nuanced," said study author Lisa Overholtzer, an archaeologist at Wichita State University in Kansas. "We don't think there was a population replacement but we do think there was a demographic shift associated with the Aztec conquest."

Xaltocan was the capital of a pre-Aztec city-state ruled by the Otomi, an indigenous people who lived in Mexico. The period before the Aztec conquest was a tumultuous time for the Otomi, when a century of warfare led to the collapse of their capital city.

Colonial records from the 1500s onward told tales of the Otomi fleeing the city en masse in 1395. Those records suggested that the city was abandoned until 1435, when the Aztecs, who ruled a massive empire from their capital city of Tenochtitlan, brought their own taxpayers to repopulate the city. 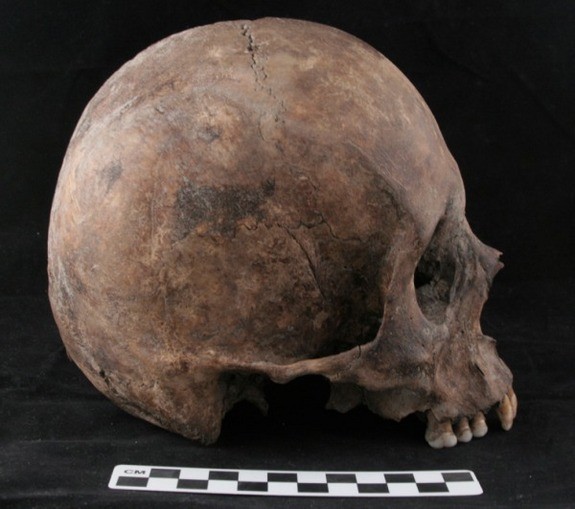 New DNA analysis of the bones from 25 individuals in Xaltocan suggest that the population changed after the Aztec conquest.

But when Overholtzer and her colleagues began excavating in the region several years ago, none of the sites showed evidence that they were completely abandoned, Overholtzer told LiveScience. [See images of the excavation ]

To see if any changes occurred in who was living in the city, the team collected mitochondrial DNA, which can trace the maternal line of a family, from teeth and bones of 25 bodies that had been buried under the patios of two old houses in Xaltocan before, during and after the conquest. The houses likely belonged to commoners, Overholtzer said.

The maternal DNA from the hundred years before the conquest did not match that from decades after, suggesting that at least some of the Otomi left and were replaced by Aztec settlers, or that the Otomi radically reorganized their population on the land.

"It's likely that some people did leave, probably the elites who no longer had the same social roles," Overholzer said. "It's also possible that when some people left, more valuable land was made newly available and so people moved around within the site."

However, because they don't yet have DNA from the father's lineage, it's also possible that families passed down houses through the paternal line, meaning the women in one house across the generations would be genetically different anyway, she said.

Overholtzer and her colleagues are trying to extract paternal DNA to see if the male population shifted after the conquest as well.

Editor's Note: This article has been updated to correct the capital city of the Aztec empire. It was Tenochtitlan, not Teotihuacan.

Copyright 2013 LiveScience, a TechMediaNetwork company. All rights reserved. This material may not be published, broadcast, rewritten or redistributed.
Unearthed
More:
scienceancient mexicoVideoArchaeology
Trending