MOSCOW -- It has felt impossible recently to find an American media outlet that is not writing about Russians trying to infiltrate the U.S. presidential elections. The scandal, in which Russians are believed to have hacked the Democratic National Committee, is big news in the United States. But in Russia itself, news about these mysterious and powerful hackers aided by the Russian government have received much less attention. Why? Because there is very little information about the hack being spread within the country.

Russian officials have already commented on the allegations. The Russian foreign minister, Sergei Lavrov, declared after a meeting with U.S. Secretary of State John Kerry that he doesn't want to use four-letter words when discussing this situation -- meaning that he believes there is no serious event to comment on. "We are again seeing these maniacal attempts to exploit the Russian theme in the U.S. election campaign," Kremlin spokesman Dmitry Peskov told reporters when asked about the leaked emails. The U.S. media has also reported Russian involvement in the election through the alleged funding and support of Donald Trump, who essentially called on Russia to hack Hillary Clinton on July 27.

Peskov's statement is a common way for Russian civil servants to answer questions they do not want to be asked. What is interesting in this case, however, is that the comments made by the Russian media were not more generous. There were very few experts who made any statements on the radio or in the newspapers in Russia discussing the attack and whether Russians were behind it. There were a few online media outlets where the situation got some analysis, but on TV channels -- the main source of information for most Russians and mostly government-owned -- there was very little.

Very few things enter the public domain of debate in this country because of the pro-governmental position of most media outlets.

This lack of interest seemed to spill into the streets of Russia, and my office as well. As I attempted to discuss it with my friends and colleagues, most of them were not interested in talking about Russia's alleged role. Some even mentioned that the idea of Russian hackers performing such an attack sounded too far-fetched. Others said that there was not nearly enough proof for them to believe such an elaborate tale. In their opinion, the U.S. will need years to gather more convincing evidence, so there is no point in talking about it now. One place they pointed to was a lack of consensus on the origins of the attack.

This lack of discussion in Russia once again suggests that very few things enter the public domain of debate in this country because of the pro-governmental position of most media outlets. The story of the hackers, even if Russian involvement is not proven, does not paint a favorable image of the state.

Even with insufficient direct evidence of Russian secret police connections to the hackers who got into the DNC, it is not implausible to say that such government-backed hackers do exist. It is also unlikely that in a country where more or less all of the sophisticated technology belongs to the government, there could exist a group of hackers of such high skill who are not in some way connected to the state. 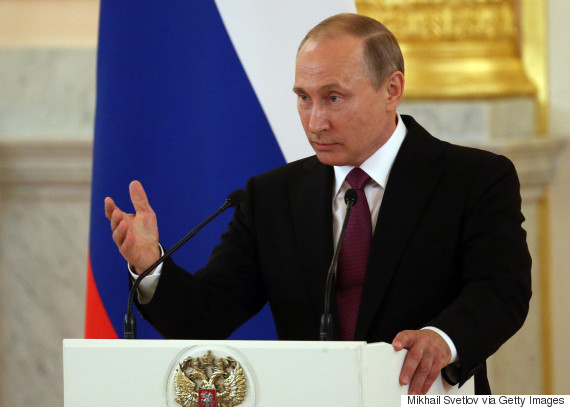 Russian President Vladimir Putin during a meeting in Moscow with the Russian national Olympic team on July 27. (Mikhail Svetlov/Getty Images)

In recent times, there have been two public scandals that were related to the Russian government in some way -- one concerning Moscow trying to influence the Brexit referendum and another relating to Russian officials helping national sportsmen hide the effects of doping during the Sochi Winter Olympics.

The Brexit case showed that Russia can be interested in trying to influence the voting process of another country, not unlike the case of the DNC. And the case of the Olympic scandal demonstrated that Russian officials possessed sufficiently sophisticated methods to deceive a Western institution -- the anti-doping authority for the Olympic Games -- for quite a long time.

It is not implausible to say that such government-backed hackers do exist.

Aside from a history of political and international meddling, Russia also seems to have a vested interest in the outcome of the U.S. election. One could list a series of interests, beginning with Putin's direct political aim of favoring Trump as the next president of the United States and continuing with his alleged animosity towards Clinton.

On the other hand, as the founder of Wikileaks Julian Assange said, the publication of the DNC emails is likely just the first major leak of information about the American election. The situation we see now may turn out to be far more complex than just a new round in a revived Cold War, which is the implication in much of the U.S. coverage. So until it becomes clear what the bigger picture is, it may be wise for the U.S. public to pay more attention to what is in the DNC letters rather than who stole them.

Russians Respond to the DNC Hack: Who Cares If the Kremlin Did It?
Kremlin Critic Killed