On December 1 Democratic presidential front-runner Hillary Clinton spoke about voting laws at an event recognizing the 60th anniversary of the Montgomery Bus Boycott. She argued that "the right to vote is so fundamental to our democracy." One day later, Republican presidential candidate Marco Rubio said during an interview with the Christian Broadcasting Network that "this nation was founded on the belief that every person has natural rights that come from their Creator. ... that's where we get our republic."

Politicians, pundits, and political philosophers alike have debated for centuries (if not millennia) the difference between a "democratic" and a "republican" forms of government (see here, here, here, here, and here, e.g.).

While many Americans would be hard-pressed to identify any meaningful conceptual differences between these terms, it is interesting to see whether there is a partisan pattern that influences preferences on this question. As Professor Adam Brown wrote in 2011: "Let's face it: For some, this is just a matter of partisan cheerleading. Some (not all) Republicans want to call this a republic just because that sounds like 'Republican,' and some (not all) Democrats want to call this a democracy just because that sounds like 'Democrat.'"

To investigate this question, the Fall 2015 "Colonel's Canvass Survey," a nationally-representative telephone survey administered by researchers at Centre College, asked respondents the following question: "Even though there are elements of each, some people say that America's system of government should be more like a democracy while others say that it should be more like a republic. What do you think? On a scale of 1-10, 1 being 'pure democracy' and 10 being 'pure republic,' what should our system of government be more like?" (If the respondents asked for definitions of those words, the interviewer responded with "whatever those words mean to you.") 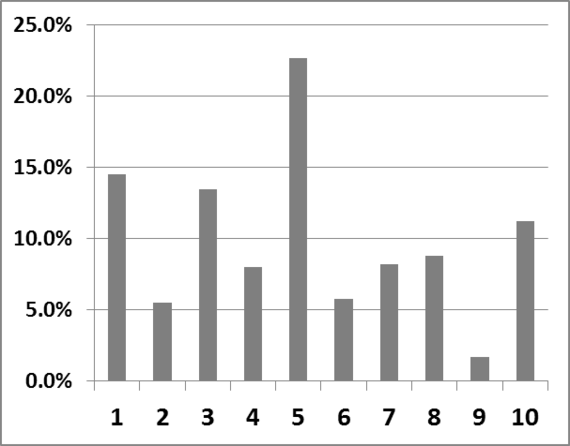 So is there a partisan difference in preference for "democracy" vs. "republic"? It appears that the answer is clearly yes. The average of responses reported by Democrats and Democratic leaners was 4.4 while the average of responses reported by Republicans and Republican leaners was 5.7. (For statistics nerds, this difference is statistically significant at p<0.0001.)

Democrats have a clear preference that our system of government be "more like a democracy" (lower numbers = more "democratic"): 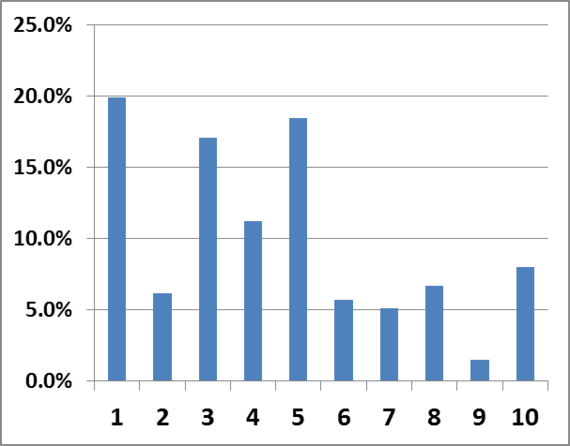 Republicans have a clear preference that our system of government be "more like a republic" (higher numbers = more "republican"): 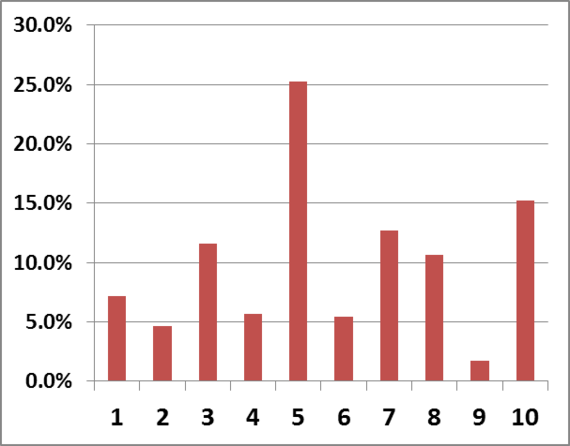 There was a slightly stronger effect for political ideology: self-identified liberals reported an average of 4.2 while conservatives reported an average of 6.0. (Also statistically significant at p<0.0001.) It is also interesting to note that there were no apparent patterns in preferences for "democracy" vs. "republic" when it comes to demographic characteristics like education, income, gender, or age.

As with so many other things in American politics, it seems that our political polarization extends even to our preferences for the labels we use to describe our political system.

Conducted by Assistant Professor of Politics Benjamin Knoll and Associate Professor of Politics Chris Paskewich, the "Fall 2015 Colonel's Canvass Poll" was part of a community-based learning component of their fall 2015 courses at Centre College. In all, 77 students participated in fielding the survey and administering the questions to respondents. The randomized, nationally representative telephone survey was conducted September 24 - October 1, 2015. It sampled 487 respondents, 62 percent of whom were reached via landline and 38 percent via cellphone. The margin of sampling error for the survey is plus or minus 4.5 percent for the full sample and 8 percent for the partisan subsamples.