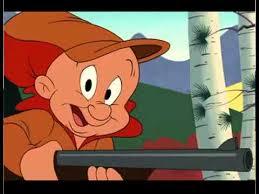 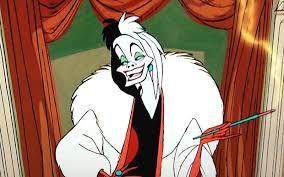 In the award winning musical Fiddler on the Roof the main character is "Tevya The Milkman." In today's socio-economic terms you'd probably call him a struggling small businessman. One of his biggest wishes is to "be a wealthy man," so much so that one of the show's main songs is entitled "If I Were a Rich Man." (A riff on this song was done in 2004 by Gwen Stefani called "Rich Girl.")

One of the key aspects of Tevya's song is that if he were in fact a rich man, he would secure prime seating at his local house of worship and in addition everyone would besiege him with questions and for his advice, "problems that would cross a rabbi's eyes" because "when you're rich they think you really know."

Not much has changed in human nature since the lyrics of that song were written in 1964 because so many people in this country are in thrall in this presidential election cycle to rich people who think they really know.

Democratic presidential candidate Senator Bernie Sanders fulminates against the "billionaires who've rigged the system" and how the rich control our economy, the electoral process and the country. He's calling for a "revolution" on behalf of the Average Joe which can sound pretty radical. Even though I disagree with most of Sanders' policies and positions, he's really not far off the mark about the affluent (which can also mean business or special interests) often controlling politics, especially on the national level. Interestingly, most Americans don't see this as any kind of a problem.

Many of the very top candidates (and some not doing well in the polls) do in fact come from either the Patrician or Oligarch class. A reason for that is when you don't have to worry about putting bread on the table or sweating out a monthly mortgage you have a lot of free time to pursue politics. Someone punching a clock every day where their presence would be missed at their desk or on the loading dock? Not so possible.

On the Republican side, the man leading all the polls is an actual billionaire who professes no end of braggadocio about it and uses it as his main qualification to lead the county despite not an hour of experience in elective office or the military.

Millions of Americans flock to him because he has nothing whatsoever to lose by saying the most outlandish things that can be highly entertaining and is a vicarious release of voters' powerlessness, anger and frustration. Because he has "F.U. Money" he's insulated from the ramifications of his words and because even if he loses he'll still be Donald Trump why not drop malicious gossip bombs hither and yon? What can anyone do to him?

The Wall Street Journal on January 15th reported on the sale of a penthouse Mr. Trump owns personally in his Trump Park Avenue condo building in Manhattan for $21 million the week prior. He sold another unit recently for $14 million and he's got another apartment on the market for $35 million. Mr. Trump's daughter Ivanka in replying to a question whether Mr. Trump's increased visibility because of the presidential campaign has had any effect on these sales said "the [Trump] brand has never been stronger." Nothing to lose. Meanwhile, more worthy and more qualified candidates languish at the bottom of the polls while Mr. Trump entertains himself, the media and the country.

On the Democratic side, the woman leading all the polls has earned vast sums of money from accepting huge speaking and consulting fees from giant corporations and from enormous book advances. She and her husband have pulled in nearly $230 million since 2001. Talk about profiting from public service.

Having been Secretary of State bolstered the Clinton, Inc. brand and now being a top candidate hasn't slowed down the flow of cash to her and her husband. If she wins the presidency the money will literally be Mount Gushmore. Mrs. Clinton because of her wealth, fame and privilege also is quite insulated from reality which is why she doesn't see it as any kind of problem whatsoever that she had her own private hackable email server while working at Foggy Bottom in total violation of the laws for public officials handling sensitive and national security matters.

Like Mr. Trump, Mrs. Clinton hasn't driven herself to work or to the market in years. They both have retinues of aides and staffers to fill their every need and cater to their every whim. How can either of these two people ever hope to really understand the needs, thoughts and hopes of John and Jane Q. Public? Remember when George Bush the Elder didn't know what a supermarket checkout scanner was? The American people rightly intuited that he hadn't a clue about their daily lives. Why then are Americans flocking to these same out of touch flush types now?

Rumored to be mulling an independent entry into the presidential race is former New York City Mayor Michael Bloomberg -- another billionaire -- which would give American voters the choice between rich, richer and richest.

The population of the U.S. is approximately 318 million according to the US Census Bureau. Roughly 153 million Americans are registered to vote (although 215 million are eligible). Of that figure 32 percent are registered Democrats, 23 percent as Republicans and 39 percent are Independents. Out of 153 million American voters the best people we can produce from that vast polity to lead this country are Donald Trump and Hillary Clinton? What does this say about the sad state of public life in this country? Why do we want to be led by Elmer J. Fudd or Cruella de Vil?

I may disagree with Bernie Sanders about healthcare, taxation and foreign policy but he's right that the people need to take back the political process so that candidates of greater quality from both parties will have a serious shot at leadership.