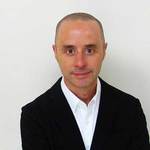 "I want the truth!" Tom Cruise shouts at Jack Nicholson in A Few Good Men. In reply, Nicholson sneers, "You can't handle the truth."

If you look around today, you'll find plenty of evidence that Jack is right. The leading Republican candidate for president is Donald Trump, and according to Politifact only 6% of his statements are true or mostly true. Falsehood isn't merely a conservative affliction either. A recent study by the American Press Institute showed that people spreading misinformation on Twitter, which strongly skews liberal, outnumber those trying to fight misinformation by 2.7 to 1.

Part of the problem lies in data, believe it or not. Access to increased data and information apparently makes us less inclined to seek truth--and more inclined to retrench in our biases. For example, a group of researchers studying fan opinion during the New England Patriots Deflategate scandal found that only 36% of Patriots fans felt Brady was guilty. On the other hand, 65% of opposing fans thought he was. And increased knowledge unfortunately didn't change this bias--it made it worse. The more a Pats fan knew about the scandal, the more likely he was to find Brady innocent, and vice versa.

You might think that businesses would be a beacon of logic and reality in this sea of un-truthiness. With all of the data at our disposal, we should be able to uncover and accept the inconvenient facts about our companies. But time and again when tasked with solving seemingly easy problems, brands gloss over the truth. They lie to themselves about their products and what consumers are willing to do and buy.

Two surprising facts bear this out. First, while we're spending more on data, we're using it less. The percentage of projects that make use of analytics has actually dropped since 2012 to only 31%. In addition, confidence in marketers is falling. In spite of our new emphasis on data and ROI, CEOs nonetheless trust CMOs less than they did three years ago.

Hear those alarm bells ringing? You should. Because we need the truth--even if it does hurt. Brands that embrace truth obviously have a huge advantage over those that bury their heads in the sand. Truth is the only way we can get honest insights about our business, brands, or consumers--and it's the only way to truly innovate.

How do we stop embracing false narratives and focus on what really matters? The first step is to acknowledge the problem and give it a name. Let's call these unhappy facts "Impossible Truths." They are things we don't want to know about our businesses, but desperately need to acknowledge. Next, we need to get serious about uncovering them. To do so, we have to embrace four ideas:

While people have long hoped that better access to information would lead to better decisions, we now know that's not the case. The solution? Renounce complacency. Understand that data doesn't insulate us from being human. We need to confront the Impossible Truths--and use that confrontation to find breakthrough opportunities. Data and information may not set you free, but the truth always will.