In early November I spoke with no-kill advocate Nathan Winograd about the possibility that nonhuman animals (animals) can experience irremediable psychological suffering. And, I just discovered an essay he recently published for Huffington Post on this topic called "Irremediable Psychological Suffering? There's No Such Thing." Here, I simply want to write a brief response because while I laud his and many others' efforts in the no-kill movement, there is another way to look at the question, "Can animals ever suffer such deep psychological trauma that they want to die?"

In his provocative and deeply thoughtful essay that I hope reaches a global audience, Mr. Winograd writes, "The No Kill Advocacy Center defines 'irremediable physical suffering' as an animal who has 'a poor or grave prognosis for being able to live without severe, unremitting pain even with comprehensive, prompt, and necessary veterinary care,' such as animals in fulminant organ system failure. But some shelters and their allies have suggested that the definition is too narrow as it does not allow for mental suffering." 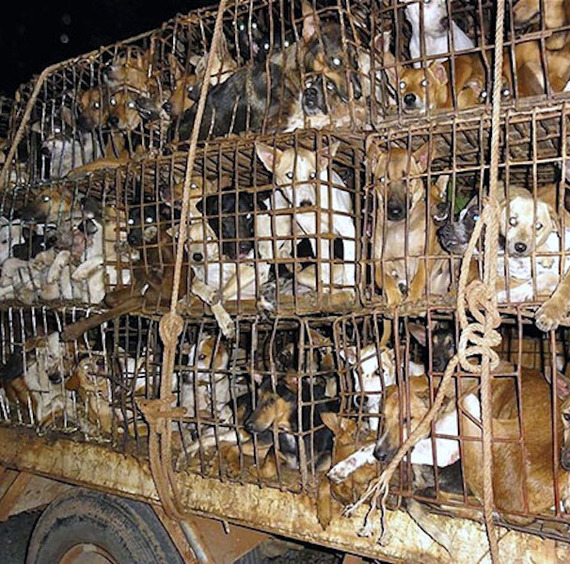 In a brief email response to Mr. Winograd's question about the possibility of nonhuman animals experiencing irremediable suffering, I mentioned my own experiences with rehabilitating moon bears who were brutally tortured for years on end in the bear bile industry and I wrote, "so my take is that these are incredibly rare cases that need to be assessed case by case -- thus, i think it would be very difficult to have some general legislation to cover these very rare situations."

Can animals ever suffer such deep psychological trauma that they want the pain to end as soon as possible?

Along these lines we know that some animals engage in self-medication (called zoopharmacognosy) to kill parasites, bacteria, and viruses, or to aid in digestion. An excellent review essay on zoopharmacognosy by science writer Joel Shurkin can be seen here. Zoopharmacognosy is an area that needs much more comparative study concerning how this practice might be used when individuals are suffering from deep and enduring emotional, rather than physical, pain.

One can also ask if nonhuman animals commit suicide. Once again, the jury is out on this vexing question. In an essay called "Did a Female Burro Commit Suicide?" I wrote, "I think it's too early to make any definite statements about whether animals commit suicide but this does not mean they don't grieve and mourn the loss of family and friends." Similar to zoopharmacognosy, we need more studies that focus on suicide in animals. But, even if it's difficult -- some may say impossible -- to know if nonhumans commit suicide, this does not mean that they don't want physical and psychological pain to end as soon as possible.

Did Flint want to die?

One highly relevant story with which numerous people are familiar concerns Flint, a young chimpanzee, who died soon after his mother, Flo, died. Jane Goodall, who knew Flint and Flo extremely well, writes, "Four years later Flo died. Flint, 8, was still sleeping with her at night. He had only stopped riding on her when she was unable to support his weight. Flint immediately became lethargic and depressed. He scarcely ate, and seldom interacted with another chimpanzee. In this state he fell sick. Fifi showed concern for her younger brother, grooming him and waiting for him to follow her. But she had her own infant to look after, and Flint failed to respond. It seemed that he had no will to survive without his mother. Three weeks after Flo's death, Flint himself died." Did Flint want to die? Who knows? However, it's clear he was not a happy chimpanzee and could not thrive absent Flo.

Animal pain is interminable and "forever"

There are incredibly important practical matters associated with the ways in which animals deal with physical and psychological pain. Just last night, right after I read Mr. Winograd's essay, my good friend Bill asked me about the likelihood that his dog, Ari, was suffering deep arthritic pain and missed Bill's company when he was gone. Bill didn't know about Mr. Winograd's essay and the timing of our discussion took me by surprise. However, I know that numerous people wonder about the emotional trauma from which dogs and many other animals clearly suffer, and desperately want to do all they can do to end it.

I mentioned to Bill that for nonhumans pain is interminable. He can't meaningfully tell Ari something like, "Everything will be ok, the pain will end soon" or "You'll feel better tomorrow after the drug takes effect" or "I'll be home soon so please don't worry." Because there's no evidence that other animals understand us when we talk about the passing of time, we need to recognize that an animal in pain is in pain "forever," and this makes it even more compelling that we carefully assess just how much they are suffering and if it's possible to alleviate the suffering without prolonging a life that is filled with deep, profound, and enduring misery. My take is that these sorts of evaluations are much more difficult when it comes to psychological trauma in comparison to physical trauma, but once again we really don't know if this always is the case.

Beware of broad-scale death sentences and "mandates to kill"

I fully support the intentions of no-kill movements, I fully realize there are major practical issues implementing them in certain situations, and I strongly argue that instances where it's clear that animals are suffering from deep psychological pain must be evaluated case-by-case because there are marked individual differences in pain thresholds and tolerance even among individuals of the same species. Thus, it is extremely difficult to assess whether killing an individual animal is the only way to alleviate their psychological trauma.

I thank Mr. Winograd for writing his essay. His email to me and his essay really got me thinking about many incredibly important and daunting topics that will not disappear if we ignore them.

Broad-scale legislation that uses "untreatable" psychological pain as a reason to kill dogs (and other animals) can far too easily overlook the nitty-gritty details of individual cases, so I'd argue against implementing such death sentences in the form of mandates to kill. Case-by-case evaluations are the only way to go right now given what we know and what we don't know about the ways in which animals as individuals suffer deep psychological trauma. However, it would be an egregious error and we would be seriously remiss if we didn't honor that nonhuman animals, similar to us, want the pain to end right now.